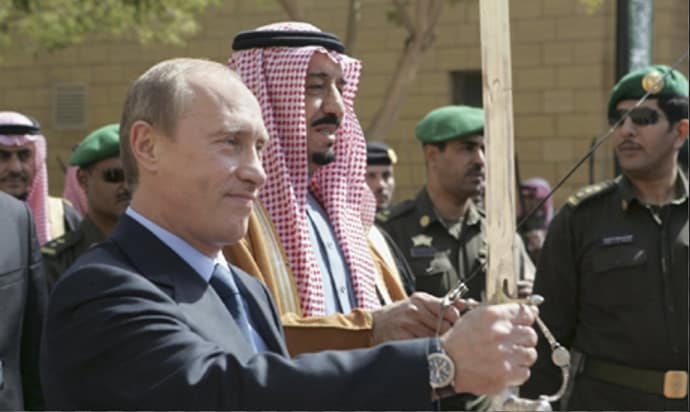 Russian President Vladimir Putin has held phone talks on the ceasefire plan brokered by Moscow and Washington with the Syrian president and Saudi king, as well the leaders of Israel and Iran.
Vladimir Putin and Bashar Assad held a phone conversation on Wednesday and “discussed various aspects of the Syrian crisis in the light of realization of the Russian-American declaration on cessation of hostilities in Syria beginning February 27,” the Kremlin’s press service said in a statement.

A ceasefire in Syria was announced Monday by the Russian and US presidents aimed at seeking an armistice in the country, which has been devastated by a five-year-long civil war.

The plan implies that the warring sides are obliged to fulfill declared ceasefire obligations. Russia and the US come as guarantors of the deal, assuming a commitment to assert influence on those political forces in Syria they have close ties with, notably Moscow on President Bashar Assad’s government and Washington on the Syrian rebel groups.

The Syrian leader confirmed his readiness to promote the ceasefire.

Both presidents stressed the importance of the continuation of an “uncompromising” fight against Islamic State, Jabhat al-Nusra and other terrorist organizations blacklisted by the UN Security Council.

“ISIS, Jabhat Al-Nursa, and other terrorist organizations designated by the United Nations Security Council, are excluded from the cessation of hostilities. Strikes against them will continue,” Vladimir Putin stressed in a statement on Monday.

The main objective of the Syrian truce is “to stop the bloodshed and create the ground to move to a political settlement,”Kremlin spokesman Dmitry Peskov said Wednesday.

While Moscow and Damascus remain in constant contact with each other, and share common ground on the political settlement in Syria, their positions do not coincide completely, Peskov noted.

“Certainly there are differences,” Peskov said.

Moscow and Washington are going to use their influence to bring the sides of the conflict closer to a settlement.

“Bashar Assad remains the only legitimate president of Syria. It goes without saying that he has his own views regarding the different modalities of the Syrian peace settlement,” Peskov said.

The positions of the sides involved differ greatly, noted the Kremlin spokesman, adding that “extremely delicate work lies ahead.” Yet despite all the differences, if political will is applied, Moscow and Washington can reach “important results” – as in the case of Syrian chemical weapons – the presidential spokesman said.

The Saudi monarch welcomed the agreements and “expressed readiness to cooperate with Russia to implement them,”Kremlin said.