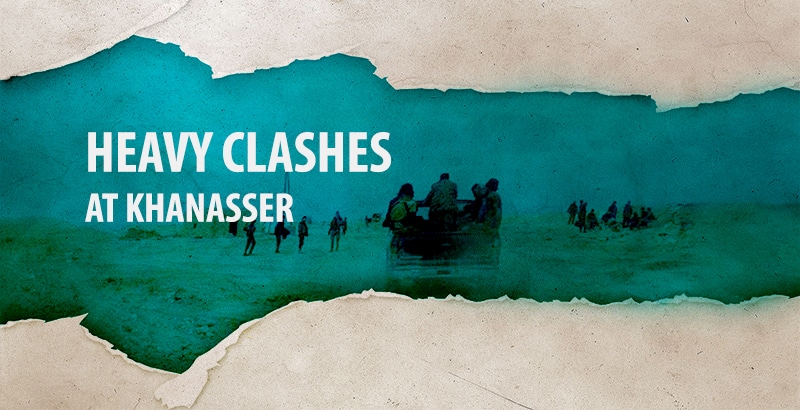 Heavy clashes are ongoing in several points along the Khanasser-Aleppo road and the Sheikh Hilal-Ithriyah road including the town of Khanasser captured by ISIS in the recent days. At the moment, the both supply roads remain closed. Despite the optimistic claims of some pro-government sources, experts estimate the supply line to Aleppo will be hardly opened earlier than the end of this week.

On the other hand, Khanasser could become a big operational trap for ISIS with the SAA’ task to drag into combat as many fresh ISIS forces as possible and then to terminate them by massive air and artillery strikes with ground counter offensive. Nonetheless, all will depend on the effectivity of the pro-government forces’ actions.

The SAA and National Defense Forces (NDF) are advancing on the militants in Northeastern Lattakia. On Feb.23, the SAA took control of the villages of ‘Ayn Al-Ghazal and Rasha after advancing northeast from Kinsibba clashing with militants of al Nusra, the Free Syrian Army and Ahrar Al-Sham. Thus, the SAA is in position to advance on the strategic village of Kabani in the coming days and approach the border with the province of Idlib.

A coordination center to reconcile the implementation of the ceasefire among warring parties in Syria has been launched at the Khmeimim airbase. The coordination center will monitor the various sides’ compliance with the expected ceasefire. Russia has handed over the hotline contact to the US. We remember the center is also used for the Russian anti-terror campaign in Syria which is a bad omen for the terrorists.