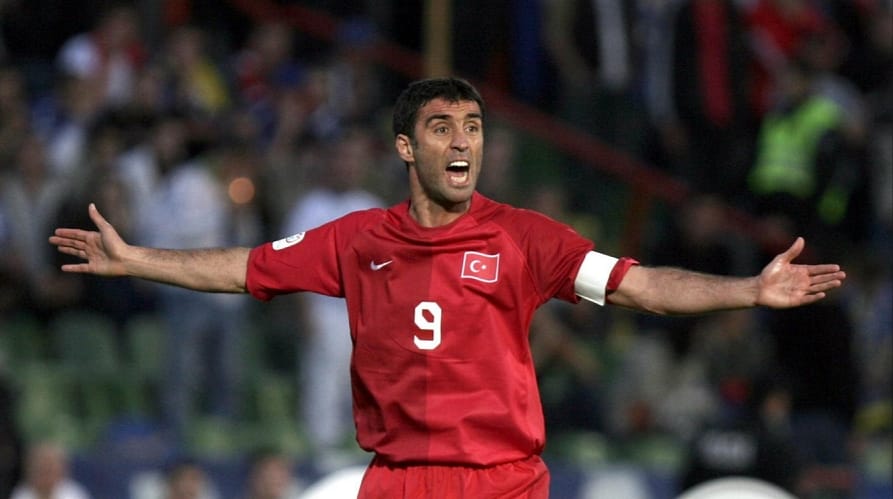 One of the most prolific strikers in the history of Turkish football and former party fellow of then-Prime-Minister Recep Tayyip Erdogan may end up imprisoned for tweeting sentiments his ex-ally allegedly feels are a personal insult to the current state leader.

Hakan Sukur, 44, a former forward who played for the national football team, is accused of tweeting posts containing “insulting content against Mr. President Recep Tayyip Erdoğan and his son,” the private Dogan news agency reported. If found guilty, he could be imprisoned for up to four years.

​It is still not clear what the the “insulting” tweets from the football star’s personal account @HakanSukur contained. Although Sukur stated that the posts weren’t targeted at the president, prosecutors denied hisclaim, stressing that the posts were “clearly related” to Erdogan.

The court has approved a summons against Sukur and the first hearing is set for the next couple of weeks.Sukur is considered to be the best Turkish forward in the history of his homeland team. Throughout his 20-year career in Galatasaray football club he has scored 383 goals. He also helped the national team to climb on the third place in the 2002 World Cup, a historic win for Turkish football.

After retiring from the sport in 2007, Sukur went into politics. In 2011, he was elected as an Istanbul lawmaker from the Justice and Development Party (AKP), headed by then-prime minister Recep Tayyip Erdogan.

Later in 2013, he resigned after Erdoğan and other AKP leaders were subjected to a corruption investigation. After that, Sukur went over to the Hizmet movement, founded by Islamic preacher Fethullah Gülen, a long-time Erdogan opponent.

Since then he has slammed the state for shutting down Gulen’s schools across the country.The Sukur case has become another instance of Turkey waging war against its own citizens who use Twitter in the country. In 2015, almost a hundred people were chargedfor offending Erdogan in Twitter posts. That number included public figures, journalists, bloggers and others.