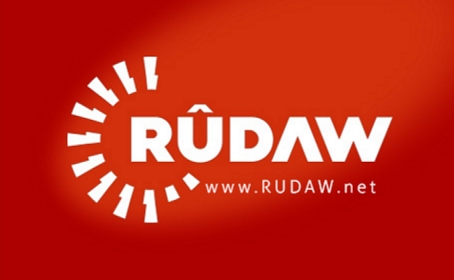 –
The following is a statement issued Thursday by the Rudaw Media Network regarding a ban imposed on its journalists working in the canton of Kobani in Syria’s Kurdish region (Rojava).

The canton of Kobani in Syrian Kurdistan banned the Rudaw Media Network from working in the region.  It also banned journalists and freelancers from sending their work to Rudaw and warned all agencies and organizations to cut off all contacts with the media network.

The Rudaw Media Network has serious concerns over the Kobani Canton’s decision and considers it a violation of freedom of media and expression in Syrian Kurdistan.

The canton’s statement said: “The decision will be in place unless Rudaw changes its politics.”  This is an old-fashioned and ideological perspective on media work.
Rudaw was established and has worked according to standards and in a professional way and will not stop its duty under pressure of any kind.

Kobani’s decision came after a similar regulation implemented by the Cezira Canton in 2014 to ban Rudaw journalists working in that region. A number of Rudaw reporters and cameramen were tortured and exiled from Syrian Kurdistan.

Rudaw believes that Syrian Kurdistan needs to portray an image of democracy and freedom to the world to attract the international community’s support, but also to gain a guarantee of the existence of their entity at a time of huge changes in the Middle East. By banning free and professional media the canton shows it violates freedom, despite the fact that it is also calling for freedom.

Rudaw has tried to resolve misunderstanding and doubts of the top officials. It believed there was finally a mutual understanding when the Kobani canton last week returned to Rudaw a camera that was taken several months ago.  But with the new decision, Rudaw is worried once more.

We would like to ask the respected canton to not ban one of the biggest and most influential Kurdish media, lift all restrictions on the  Rudaw team and to stop violation of media freedom.