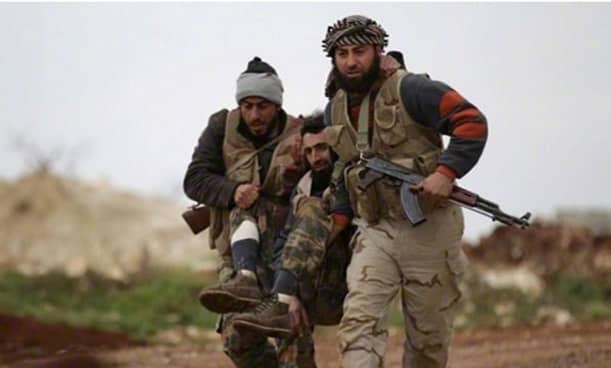 Field sources in Latakia revealed that scores of militants stationed in several parts of the Northern Province are now crossing the border into Turkey following heavy attacks by the Syrian army and after hundreds of fresh forces crossed the border from Turkey into Syria through one crossing in Northern Latakia to stop the fleeing militants.

“Tens of Takfiri terrorists are trying to cross the border into Turkey after recent victories of the Syrian army and its allies in the Northern parts of Latakia province,” the sources said on Thursday.

The Syrian army and popular forces made gains in several regions in the Northeastern countryside of Latakia, purging them of terrorists.

Stability and security was restored to these areas after army operations, they added.

The Syrian army and popular forces continued their advances in Latakia, inflicting heavy losses on the terrorists in the mountainous regions of the coastal province.

Scores of Ansar al-Sham terrorists were killed and wounded in Syrian warplanes’ attacks on Wednesday.

Meantime, the Syrian air forces pounded and destroyed the military positions and gathering centers of the terrorists in Ma’ar Baya village in Latakia province.

But, elsewhere in Northern Latakia the terrorist groups stationed near the borders with Turkey were fortified on Thursday with weapons, equipment and fresh militants from Turkey.

Hundreds of Jeish al-Fatah terrorists, most of them from Chechnya and the Caucasus regions and backed up by Turkish artillery fire, gained control over the two villages of al-Dorra and al-Saraf in the Northwestern parts of al-Rabia’a town and near the Turkish borders following heavy attacks on Syrian army positions.

After taking control of the two villages, the terrorists received a large cargo of weapons and military equipment and were joined by fresh forces who poured into Northern Syria via the Turkish borders.

The Syrian army has sent more forces to the occupied regions to win them back from the militants, FNA reported.