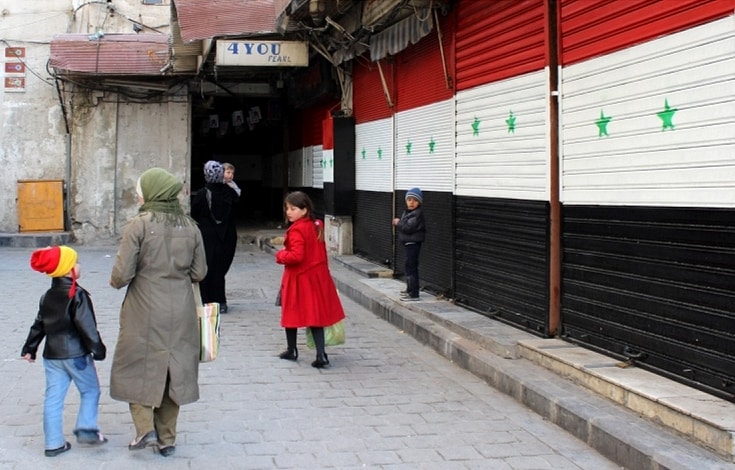 MOSCOW, TASS/. The United State tried to interpret the statement on cessation of military actions in Syria in a directly opposite manner, Russian Foreign Ministry’s official spokeswoman Maria Zakharova told a briefing on Thursday.

“We were confused when we heard first responses from Washington to the document. To be honest, we did not expect some officials to interpret this agreement in such a diametrically opposite way,” Zakharova said. “Several officials in fact tried to cast doubt on the agreement signed by the presidents of Russia and United States,” she added.

The diplomat added that this was a sabotage attempt. “The positive thing is that it was the first wave that we managed to break,” she noted.

Technology of working on provisions of joint Russian-US statement established

Zakharova also noted that Moscow is satisfied with the way the work on the joint Russian-US statement is beginning.

“Despite the statements what began to emanate from Washington on the very first day, we maintain contacts with US representatives,” she said. “The process is under way, and it’s quite vigorous. The technology of working on provisions of the joint statement has been established, data exchange has been launched, military-to-military contacts are in progress.”

Russia and the United States on Monday adopted a joint statement on truce in Syria as of February 27 midnight Damascus time. The parties to the conflict – the Syrian government and the Syrian opposition groups – have already given their preliminary consent to ceasefire. Russia’s air base Hmeimim in Syria has opened a coordination center. All opposition groups are free to use its hotline number to declare they have decided to stop fighting.

Russian and US military will mark on maps the areas taken up by Syrian opposition groups not to be attacked by the Syrian army, the Russian air group and the US-led anti-terrorist coalition. The Russian-US agreement is not applicable to the Islamic State, Jabhat al-Nusra and other terrorist organizations blacklisted by the UN Security Council.

Syrian truce applies to groups that join it

The spokeswoman also pointed out that the ceasefire in Syria will not apply to the groups that will not declare their intention to join the truce.

“This is the truce between Damascus and the opposition groups, which should maintain contacts and register during the remaining time with the relevant Russian and American centers to declare their intention to take part in the truce,” she said. “The groups that will not declare such intension will thus not fall within the truce.”

“No one talked about terminating the fight against terrorism, no one does and, naturally, no one will,” the diplomat said. “All this is done on the basis of the Munich communique, which clearly enshrines this mechanism. So, there should be no speculations here.”

According to Zakharova, ” there were some strange assessments in the Western media claiming that at the moment the truce comes into force, the fire should be stopped not only by Damascus and opposition groups but also by Russia, which carries out strikes on terrorist targets.”

“There is a feeling that public opinion is prepared to the fact that Russia will stop the operation of its Aerospace Forces to counter the Islamic State and Jabhat al-Nusra (outlawed in Russia) and other terrorist groups,” Zakharova said. “This is possibly done to accuse (Russia) after the strikes continue creating a feeling that Russia violated the truce.”

Russia satisfied with work of humanitarian task force on Syria

According to the diplomat, Russia is satisfied with the work of humanitarian task force in the framework of the process of Syrian settlement.

“Talking about the humanitarian task force, its work is satisfactory. It works on a regular basis, and there are concrete results,” Zakharova said.