Two issues have brought to light the extent Saudi Arabia and Turkey will go to in Syria, but there is more.  While the US is visibly working with Russia on the upcoming cease fire, supposedly to come online in less than 36 hours, the US is also involved in bizarre plots with not only Saudi and the Turks but as Ian Greenhalgh points out, “the moderate head choppers” as well.

Here is what we are seeing and why John Kerry “has some splain’in to do.” 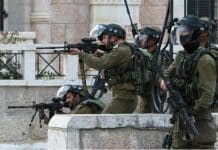