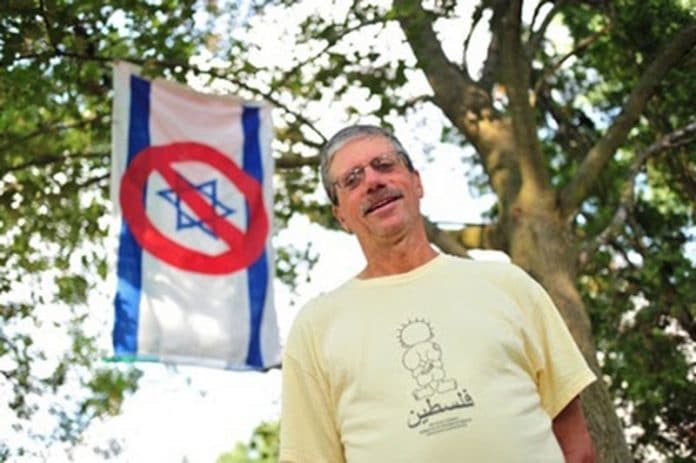 First hour: Ken Jenkins reports on his recent talk on 9/11 truth and false flags at a mosque in Oakland, California. Ph.D Structural Engineer Ibrahim Soudy of Architects and Engineers for 9/11 Truth joins us to discuss the psychology of 9/11 truth denial vs. 9/11 truth awareness with Ken, who along with Fran Shure and yours truly has been one of the pioneers in the field.  (Read Fran’s series at the AE911Truth website before it’s published as a book!)

Second hour: Henry Herskovitz (with other members of Jewish Witnesses for Peace and Friends) pickets his local synagogue every Saturday. He’s not happy about the way the Jewish Lobby has hijacked US foreign policy on behalf of a bellicose, arguably genocidal foreign state—and he thinks Jews should take some responsibility for fixing the problems they have helped create…not just the occupation of Palestine, but also America’s Middle East wars-for-Israel that have taken millions of lives.

In this interview, Henry discusses the taboo issue of Jewish power, explains how he changed his ideas on holocaust revisionism, and at the end of the show poses some hard questions for Bernie Sanders:

“Do you think that members of the US Congress should be totally transparent about possible citizenship in foreign governments? Would you support an inquiry that would supply American citizens with the information about their leaders’ possible dual citizenship in other countries?”

“Author and philosopher Gilad Atzmon, in his study of Jewish identity politics, describes three categories of Jews: (1) Those who follow Judaism, (2) Those who regard themselves as human beings that happen to be of Jewish origin, and (3) Those who put their Jewish-ness above all of their other traits. Given your track record in the Senate supporting the Jewish state, would you identify yourself as a third-category Jew? Put another way, how does your Jewish-ness influence the way you feel and vote in regard to Israel, the Jewish state?”

“For over twelve years a group of dedicated activists in Ann Arbor, Michigan has identified the Jewish community as the politically strongest ethnic group distorting US policy in support of Israel, and has clearly challenged the power of the local Jewish community. Do you agree that Jews are indeed powerful, and would you support such challenges to this power?”

“Regarding our constitutionally guaranteed right of free speech, and since NPR reports that your ‘father’s family was mostly wiped out during the Holocaust,’ would you favor joining France, Germany, Israel and nine other countries which provide prison sentences for those revisionists challenging the standard narrative of the Holocaust?”