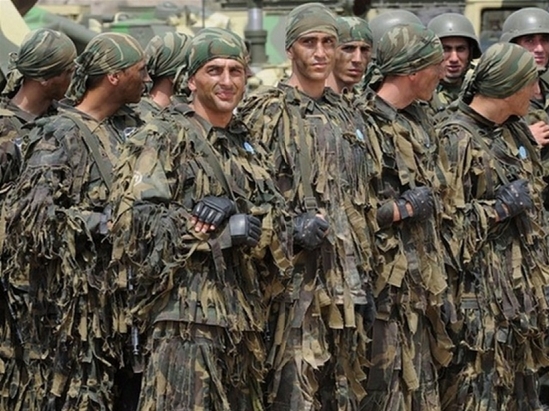 The Russian army keeps expending its military might and can threaten interests of countries, which are situated next to the NATO borders.

[ Editor’s Note: Good gosh, the US has over 700 bases in countries, many of which are under no threat from anyone, particularly where oceans prevent all those with no huge deployment capacity like the US who can actually attack them. Enter stage left we have this ex-State Dept. shill pedaling his Neo-Cold War threat silliness, including “dagger pointed at the heart of NATO”.

Dear Mr. Ereli, when we teach our children about love of country and patriotism now we also have to teach them about all the lying scoundrels that work in government who as a group are one of the biggest threats to our security that we face. Your behavior with you statements here is contemptible as you know that Russia is responding to not only a rogue NATO, but Turkey, also…and competent geo-political strategists know this… Jim W. Dean ]

Agreement on the creation of a joint anti-aircraft defence system with Armenia, reinforcement of the Russian troops in this region can threaten countries of the Alliance and their Western allies, Adam Ereli, former deputy spokesman of the State Department, believes.

He noted, that Washington made no answer to Russia’s deploying such powerful complexes of military power and means near Armenia, and even paid no attention to the Russian buildup of military cooperation with Iran. Beside that, the US ponders over Russia’s joining its combat capabilities with a country that borders with Turkey – a NATO member.

“Over the last six months – as Russia’s war in Syria and pressure on Turkey has intensified – the flow of its arms and personnel into Armenia has escalated to include advanced Navodchik-2 and Takhion UAV drone aircrafts, Mi-24 helicopter gunships and Iskander-M ballistic missiles,” Adam Ereli pointed out.

According to him, Russia prepares a new military alliance with Armenia, which is allegedly to hit unexpectedly at the interests of the US and NATO in the region.

“The growing Russian military presence in Armenia is but the latest indicator of a worrisome trend: Putin’s threat to NATO and America’s interests in Europe,” former diplomat believes.

The military alliance of Armenia and Russia continues to strengthen, and the West cannot leave it without attention.

Ereli dreams of Moscow’s dispatching its soldiers to Armenia and carrying out joint drills there in order to ‘influence’ three frontier states, which are important allies of the US, that is Georgia, Azerbaijan, and Turkey.

“The Russian military presence in Armenia represents a dagger pointed at the heart of NATO as the Armenia-Russian alliance strengthens. But while Moscow is rattling its sabers, Washington remains silent,” Adam Ereli concluded.

Pravda.Ru reported that the agreement with Armenia was signed by the Ministers of Defence of two countries in addition to a cooperation plan for Defence Ministries for the current year.