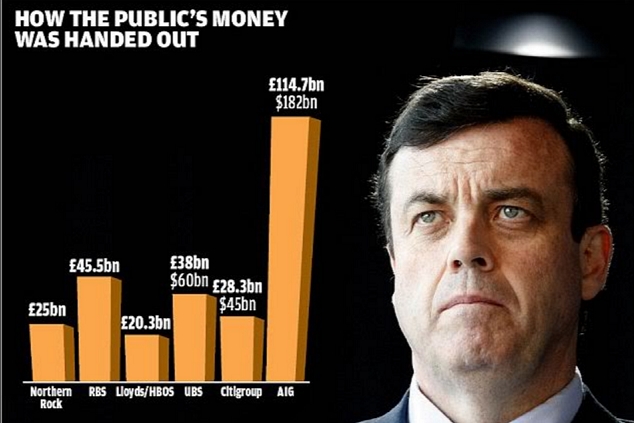 –
Surely inadvertently, Angela Merkel has achieved what generations of Irish radicals couldn’t. The German Chancellor has managed to bury the legacy of the country’s civil war.

Ireland, the poster child of Eurozone austerity, is now unable to form a government. Despite, relative, fiscal buoyancy, last weekend’s election has delivered an inconclusive outcome. As a result, it follows Spain and Portugal into political crisis. Even the EU’s fastest economic growth rates couldn’t compensate for the post-bailout pain which helped generate them.

Enda Kenny’s electoral failure will seem curious to Eurocrats. He’s a decent and likeable person. His government, whether by accident or design, oversaw a recovery which outpaced its European peers. Unemployment close to halved on his watch and the tide of emigration, which engulfed Ireland from 2009-2012, has been almost reversed. Recent talk has been about attracting people home, rather than forcing them out.

Furthermore, the Fine Gael administration, in conjunction with its nominally-left Labour partners, preserved social welfare rates during the worst crisis years. It also kept a promise not to increase income taxes. Two areas where it performed poorly, healthcare and housing, were largely the fault of the previous Fianna Fail regime, which governed from 1997-2011. That party led Ireland from the Celtic Tiger to financial apocalypse and the bailout.

Kenny’s failure appears to have been his own myopia after hitting the big stage. Like a village drama society actor suddenly invited to the Oscars, he lost the plot when introduced to the real stars. His conversation became peppered with “Angela this” and “Barack that.” It was transparently obvious that Kenny valued the warmth of the international elite far more than the affection of the Irish people.

Thus, the Taoiseach (Prime Minister) was centre-stage in Brussels but hardly visible at home. He rarely gave interviews to Irish media, afraid of hard questions. Instead, he sunk further into the embrace of a collection of advisers, who looked like rejects from a casting call for “The West Wing.” The kind of people who refer to Obama as “Potus” and Merkel as “Angie.”

Even better than the real thing

Badly advised by these goons, Kenny spent too much time listening to his new friends at Bilderberg and the EU Commission. The Kenny roadshow, where he luxuriated in tales of Ireland’s recovery, was lapped up by Eurocrats keen for a positive austerity story. Meanwhile, back home, the general populace, crippled by extortionate living costs and stagnant wages looked on aghast.

Along the way, the Taoiseach made no attempt to reform the extraordinary cronyism that has infected Irish politics for decades. He appointed ministers based on geography rather than ability and, cheered on by the press, promoted neoliberal policies which were not popular with the general public. The mainstream Irish media is controlled by either the state (RTE), billionaire pro-Fine Gael oligarch Denis O’Brien (Independent Newspapers and News Corp radio) or an, outwardly kaleidoscopic, pro-establishment clique (The Irish Times).

Kenny surrendered to his advisors. Inspired by the success of the UK Conservative Party in last year’s British elections, they attempted to keep him on message. Hence, a politician of considerable ability was reduced to parroting sound bites about a recovery that very few people, outside of South Dublin, are experiencing. The spectacle became so bizarre that it reminded one of Peter Seller’s turn as Chauncey Gardner in Jerzy Kosinski’s “Being There.” Instead of “I like to watch,” it was “keep the recovery going.”

The problem is that Irish people don’t want neoliberalism. They desire strong public services. In a perfect example of the continent wide disconnect between leaders and the led, the government, determined to be Brussels’ star pupil, lost sight of that. The electorate also doesn’t believe Kenny’s team is responsible for saving the country from oblivion. A highly educated nation understands that strong demand in Britain and America, the principle export markets, allied to a weak Euro and low interest rates has generated the upswing. Of course, this improvement is barely felt in the regions.

Yet, by forcing austerity on Ireland, in the long term, Brussels might have done the country a favor. Across Europe, politics is pretty uniform. The two main parties are competing right and left factions, who usually win elections by moving to the centre. Think Britain’s Conservatives and Labour or Germany’s CDU and SPD. This scenario has worked reasonably well. The competing forces usually keep their opponent’s worst hubris in check.

Ireland has always been the outlier. Since the conclusion of the Civil War in 1923, Dublin politics has been largely bereft of contemporaneous ideology. Instead, people have, to a greater extent, voted against whichever side was trying to kill their granddad during the conflict. Though very bloody, the fighting only lasted eleven months. More significantly, it’s bequest to Irish society was humungous fratricidal divisions.

The Civil War followed the Irish War of Independence. While the British were defeated on the bulk of the island, they retained complete control of the north-east corner, around Belfast. During peace treaty negotiations, London offered self-rule to roughly 5/6ths of Ireland, but not most of the Ulster province. The victorious Sinn Fein faction split in two. One grouping, led by General Michael Collins, agreed to the settlement. The other, spearheaded by Eamon DeValera, opposed it. The former bloc won the war, but Collins himself was killed.

The pro-treaty side ultimately became Fine Gael. A centrist party which tended to favor large farmers and the business elite, Catholic and Protestant, which had survived from United Kingdom-era. DeValera formed Fianna Fail and its support base was, initially, poor rural dwellers and the lower urban classes. However, as a deeply conservative Catholic party, it was by no means socialist. The left was instead catered for by Labour, whose charismatic kingpin James Connolly was executed by the British following the abortive 1916 rebellion. His successors would prove less radical and far from magnetic.

Over time, Fianna Fail and Fine Gael evolved to two sides of the same coin. Both pro-Europe, largely distrustful of NATO, open to Irish unity and pro-business. Their special ability has been rewarding their supporters. As in tin-pot dictatorships, Irish state appointments are made to reward loyalty, not on ability. Sadly, public services are viewed more as a good job for their, ludicrously overpaid, employees than as institutions to serve the citizens. As Ivan Yates, a former Fine Gael Minister said last weekend, “There’s not a cigarette paper between their manifestos and a common thread of nepotism, cronyism & patronage.”

The boys aren’t back in town

Yet, they’ve always resisted cooperation. To coalesce would expose their lack of fundamental differences. Almost certainly, one of the two parties would be wiped out at the following election by voters searching for something different.

What made this possible was the Civil War. My grandfather fought with the anti-treaty side in the Civil War. As a result, my father simply will not countenance voting against Fianna Fail. I once asked him, “If Fianna Fail took away your house and left you on the side of the road, with no pension, would you still vote for them?” The reply was “yes, of course I would.” He wasn’t joking, either. My dad is not unique. In fact, among his generation, he’s the norm.

The economic deprivation from the 1920’s to the 1950’s couldn’t change Irish politics. The 1980’s recession had no effect, either, despite 17 percent unemployment and 16 percent interest rates. In the 1982 election, the two establishment parties secured 85 percent of the vote. During the 2000’s, the country was stunned by political corruption scandals and clerical child abuse revelations. Nevertheless, support for Fine Gael and Fianna Fail, combined, stood at 79 percent in the 2007 poll.

After years of austerity, imposed from Brussels, everything has finally changed. With counting set to continue this week, projections indicate that the two parties will share between 49-50 percent of the national vote. Despite their protestations, it seems inevitable that both will be eventually forced into a grand coalition to prevent political chaos that could wreck Ireland’s economy. The alternative could eventually be, after another election, a genuine left government which would dismantle the establishment that has controlled Ireland for almost a century. For the elite, this prospect is terrifying.

If Fianna Fail and Fine Gael coalesce, one of the two parties is finished. Ireland finally has finally grown up. Normal left versus right politics have arrived. Angela Merkel, without meaning to, has ended the Civil War.

Bryan MacDonald is a journalist. He worked in Dublin for many years, for Ireland on Sunday and the Evening Herald.
He was also theatre critic of The Daily Mail for a period and a news, features and opinion writer. He now mainly covers Russia.