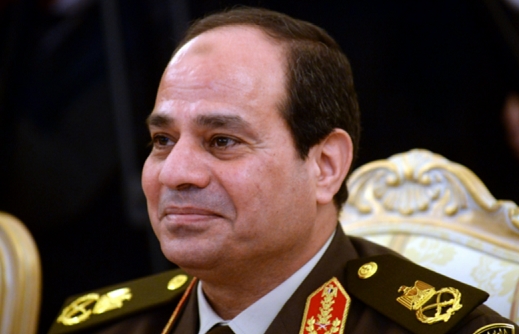 It’s not too much of a secret that Egypt’s President Abdel Fattah al-Sisi, a Trump-like megalomaniac and a tyrant with few equals, is happy to do dirty work for Israel. And it may now be that he is seeking to prepare the ground for Mohammed Dahlan, almost certainly an American and Israeli intelligence asset (not a fulltime agent) to succeed Mahmoud Abbas as president of the Palestinian Authority (PA).

After the signing of the Oslo Accord in Washington D.C. in 1993, Dahlan was chosen by the Americans to head the (Palestinian) Preventive Security Force (PSF) in Gaza. Armed, funded and trained by the Americans it became a Fatah force of 20,000 which made Dahlan one of the most powerful Palestinian leaders.

His forces were regularly accused of torturing Hamas detainees throughout the 1990’s and during this period the Gaza Strip was nicknamed “Dahlanistan” because of the man’s power. As the head of the PSF Dahlan had regular dealings with CIA and Israeli intelligence officials.

President George “Dubya” Bush himself had at least three meetings with Dahlan and after the first one he publicly praised Dahlan as “a good, solid leader.”  In private the president went further describing Dahlan  as “our guy.”. The time was coming when he would prove that he was.

In 2007 Dahlan said “Yes” to an American request to prepare his forces for an all-out attack on Hamas to destroy it by force. So far as American (and many European) policy makers were concerned Hamas had to be destroyed because of its victory in the 2006 elections for the second Palestinian Legislative Council.

Hamas won 74 of the 132 seats, 29 more than the ruling Fatah, and its leader, Ismail Haniya, went on to form a government. There was, of course, no way the Bush administration was going to allow it to survive. Unfortunately for Dahlan and his American masters Hamas got wind of the plan to eliminate it and launched an Israeli-like pre-emptive strike which drove the PSF forces and their leader out of the Gaza Strip.

After this development  a refreshingly honest analysis was delivered by David Wurmser who had served as Vice President Dick Cheney’s chief Middle East adviser. He said he believed that Hamas had had no intention of taking over the Gaza Strip until Fatah forced its hand.  “It looks to me,” he declared, “that what happened wasn’t a coup by Hamas but an attempted coup by Fatah that was pre pre-empted before it could happen.”

“The Bush administration engaged in a dirty war in an effort to provide a corrupt dictatorship (the Palestinian Authority led by President Mahmoud Abbas) with victory.”

Wurmser also said that he was especially galled by the Bush administration’s hypocrisy. “There is a stunning disconnect between the president’s call for Middle East democracy and this policy. It directly contradicts it.”

Dahlan’s humiliating defeat in the Gaza Strip did not diminish the Bush administration’s support for him. In October 2007 it reportedly subjected Abbas to heavy pressure in an effort to persuade him to appoint Dahlan as his deputy. Fatah officials were quoted as saying that the US and some EU countries would like to see Dahlan succeed Abbas as head of the PA.

Abbas was only one of very many Palestinians who believed, as I do, that it was Dahlan who delivered and placed for Mossad, Israel’s national intelligence agency, the poison (polonium-210 or whatever) that killed Yasser Arafat.

Driven by this belief and fear that he might well be Dahlan’s next victim Abbas gave the order for him to be expelled from Fatah. That was in June 2011. Three months later Dahlan’s house was raided by Palestinian police and his private armed guards were arrested.

Subsequently Dahlan was banished from what is left of Palestine and took up residence in Dubai. (He and his wife Jaleela  and their four children have Serbian citizenship and Dahlan himself also has Montenegrin citizenship).

Today and assisted by the fact that a majority of the occupied and oppressed Palestinians are sick and tired of the impotence and corruption of the PA, Dahlan is seeking to make a comeback. And his chief promoter is Egypt’s President Sisi.

Last November at a meeting in Cairo he presented Abbas with a “road map” for cleaning up the Palestinian political arena. Sisi’s main demand – his price for a continuing relationship with the PA – was reconciliation between Abbas and Dahlan.

All the indications are that Sisi wants Dahlan to be Abbas’s successor. Two related questions seem to me to be in order.

The first is – Why, really, does Sisi want Dahlan to be the next president of the PA?

The short answer is – Because that’s what Israel’s leaders want.

The second question is – Why, really, do Israel’s leaders want Dahlan to be Abbas’s successor?

The short answer is that they hope and perhaps even believe that he would be prepared to use force to compel the Palestinians to accept crumbs from Zionism’s table – isolated Bantustans on 30-40 percent of the West Bank which they could call a state.

My speculation is that even if Sisi-led Arab plotting and bribery did result in Dahlan replacing Abbas as president of the PA, he would almost certainly be assassinated if he tried to impose Zionism’s surrender terms on the Palestinians.

Alan Hart is a former ITN and BBC Panorama foreign correspondent who has covered wars and conflicts wherever they were taking place in the world and specialized in the Middle East.

His Latest book Zionism: The Real Enemy of the Jews, Vol. 1: The False Messiah, is a three-volume epic in its American edition. He blogs on AlanHart.com.