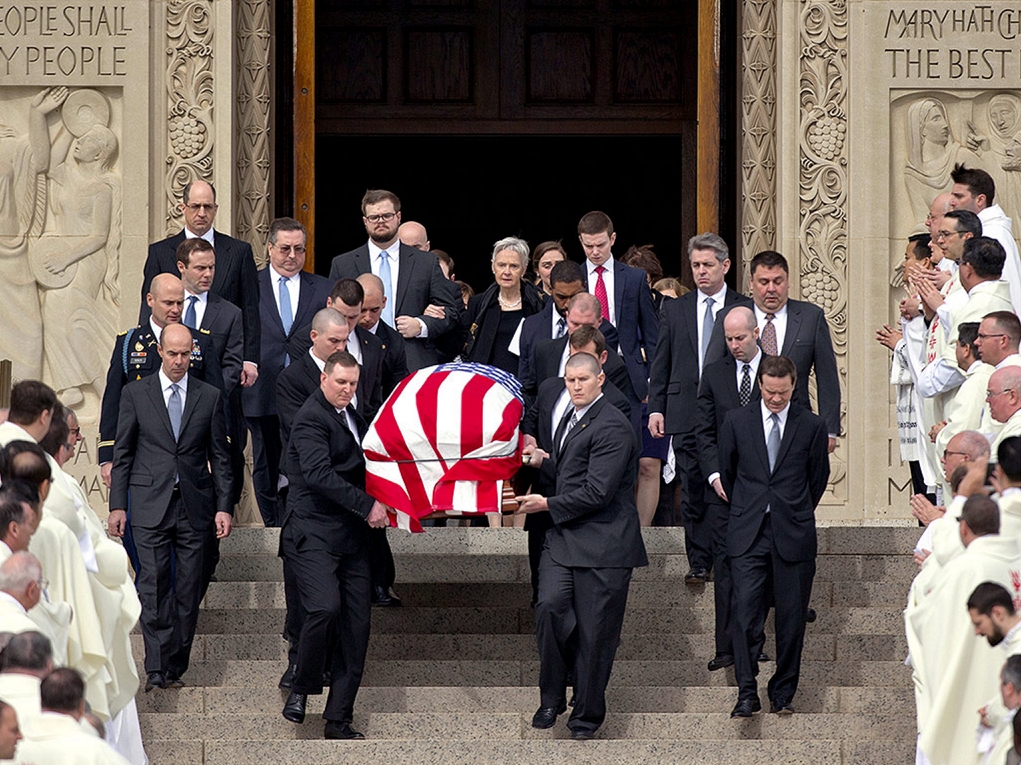 Editorial note: Revelations on the Allan case, which led to Scalia now lead into the entire Koch network, including the Federalist Society, said to be operating not simply in law schools but America’s high schools as well, and into the Heritage Foundation.

We don’t know when it began, maybe at the Presidio under Michael Aquino and the Temple of Set or before. We do know it has victimized thousands of children around the world, not only in America but channeling children through Belgium and the Netherlands into sexual slavery and death.

What is it that makes the powerful desire what is so hurtful and obscene? When we ignored the Franklin Coverup, we opened ourselves to this… Gordon Duff ]

Sources say that Scalia was the single actor behind the impeachment of Bill Clinton. President Obama was aware of this and had ordered the FBI to set out traps for Scalia. We will now outline the downfall of Antonin Scalia. Yes, this is a story of secret societies, operating worldwide and ritual Satanic child abuse that permeates Washington.

When Scalia left the White House after a meeting with the president just before flying to Texas, the manila envelope he was carrying had printouts from a computer seized by FBI Special Agent Jeff Ross of the Salt Lake City, Utah field office, or so informants tell us.

Scalia left the White House carrying “slam dunk proof” that would lead to the arrest, conviction, and, of course, the impeachment of a seated Supreme Court Justice, files that contained names of victims and details on sex acts, preferred “types” along with dates and places. All of this was on the seized computer and these files went “uphill” from the FBI to the Department of Justice and directly over to the White House.

There, political advisors leaped on them, seeing a chance to leverage a justice and, in this case, and this is very important, bring down Scalia in such a way that conservatives would be forced to accept virtually any Obama nomination.

When Scalia arrived in Houston and chartered a plane after ditching his US Marshall protection detail, Scalia and his companion, C. Allen Foster. Foster heads the Order of Hubertus and is co-owner with John Poindexter of the Cibolo Creek Ranch, 25,000 plus acres free for anyone to use, according to John Poindexter, “free of charge,” so long as they are a supreme court justice, “A list” celebrity like Mick Jagger or billionaires, others need not apply. 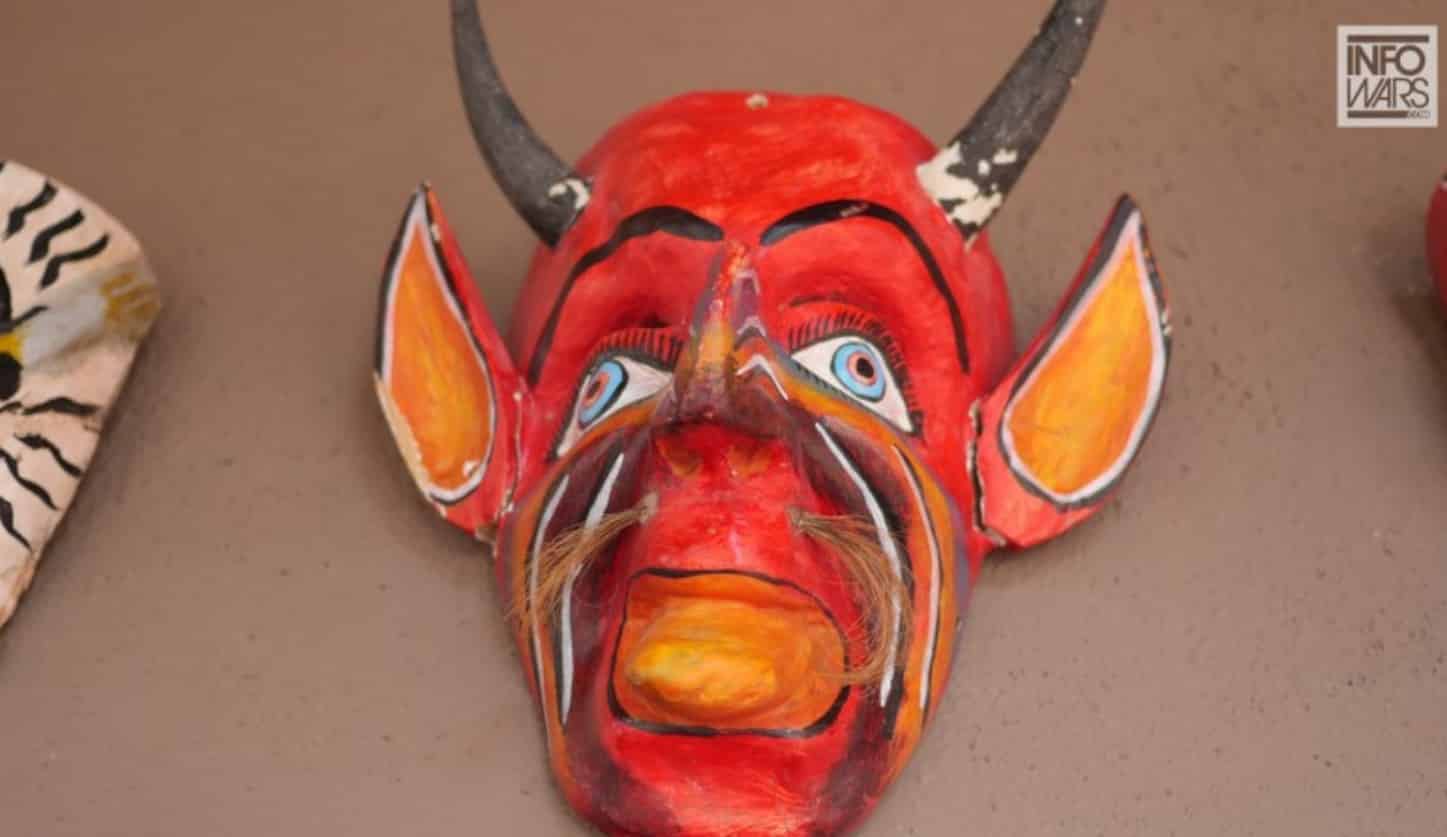 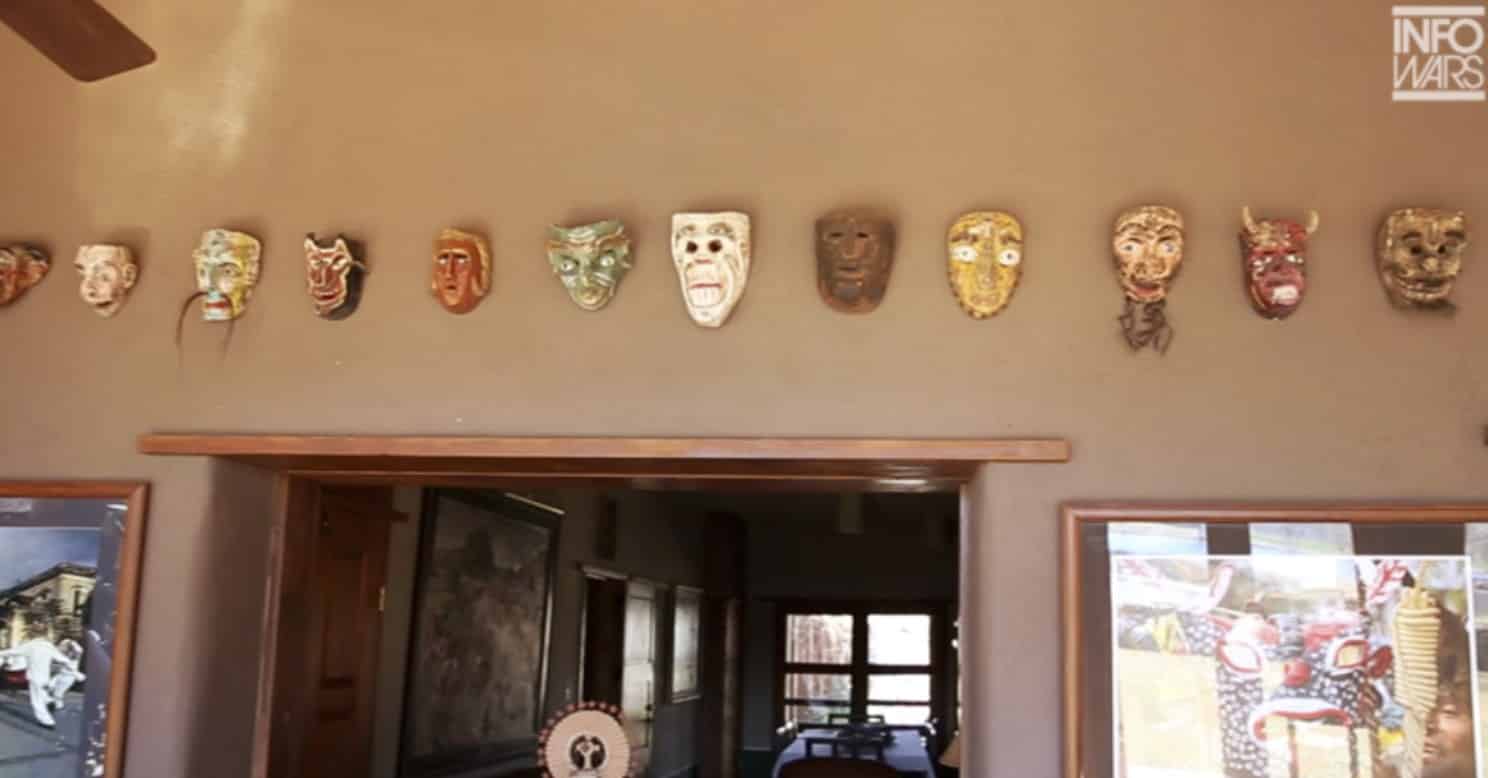 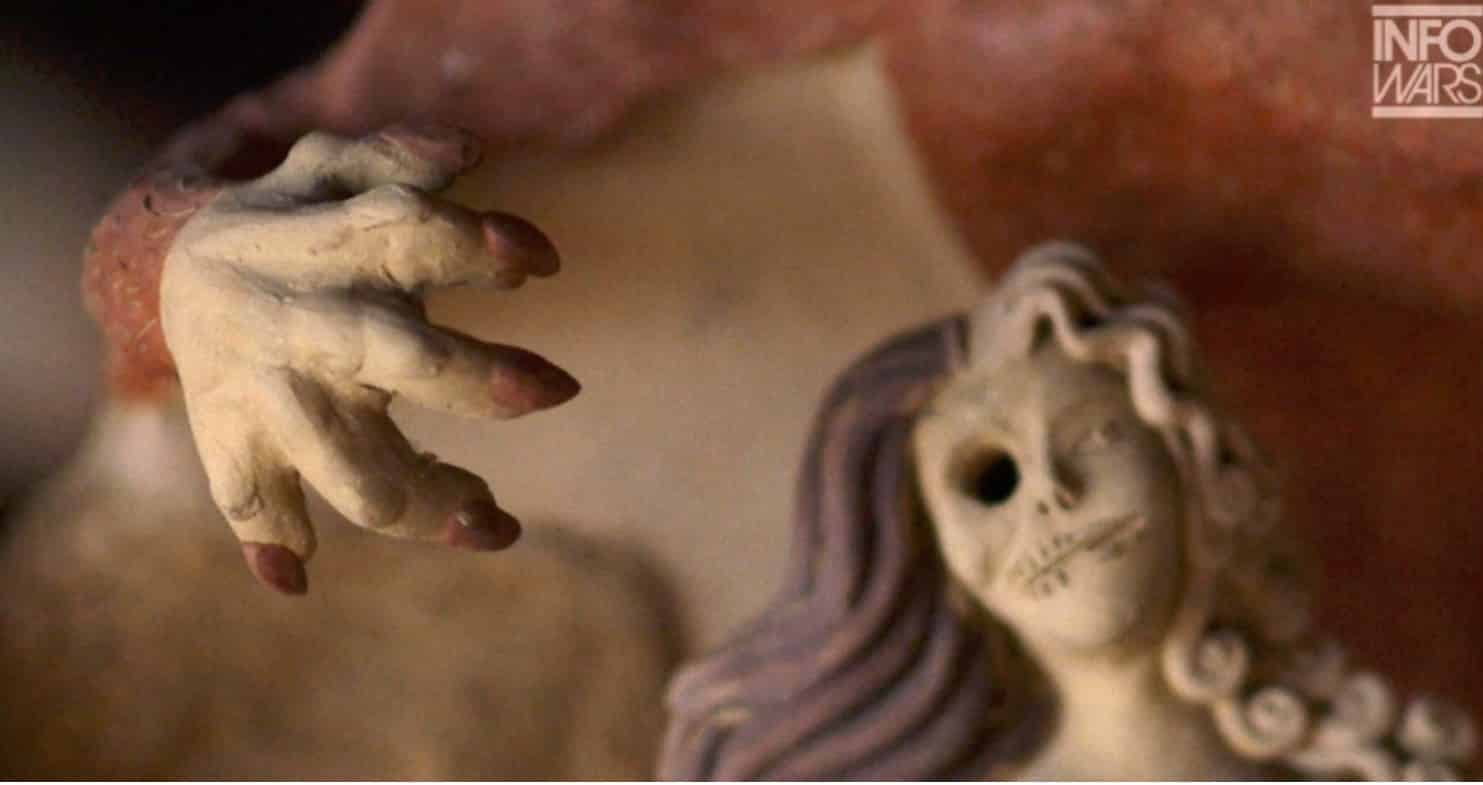 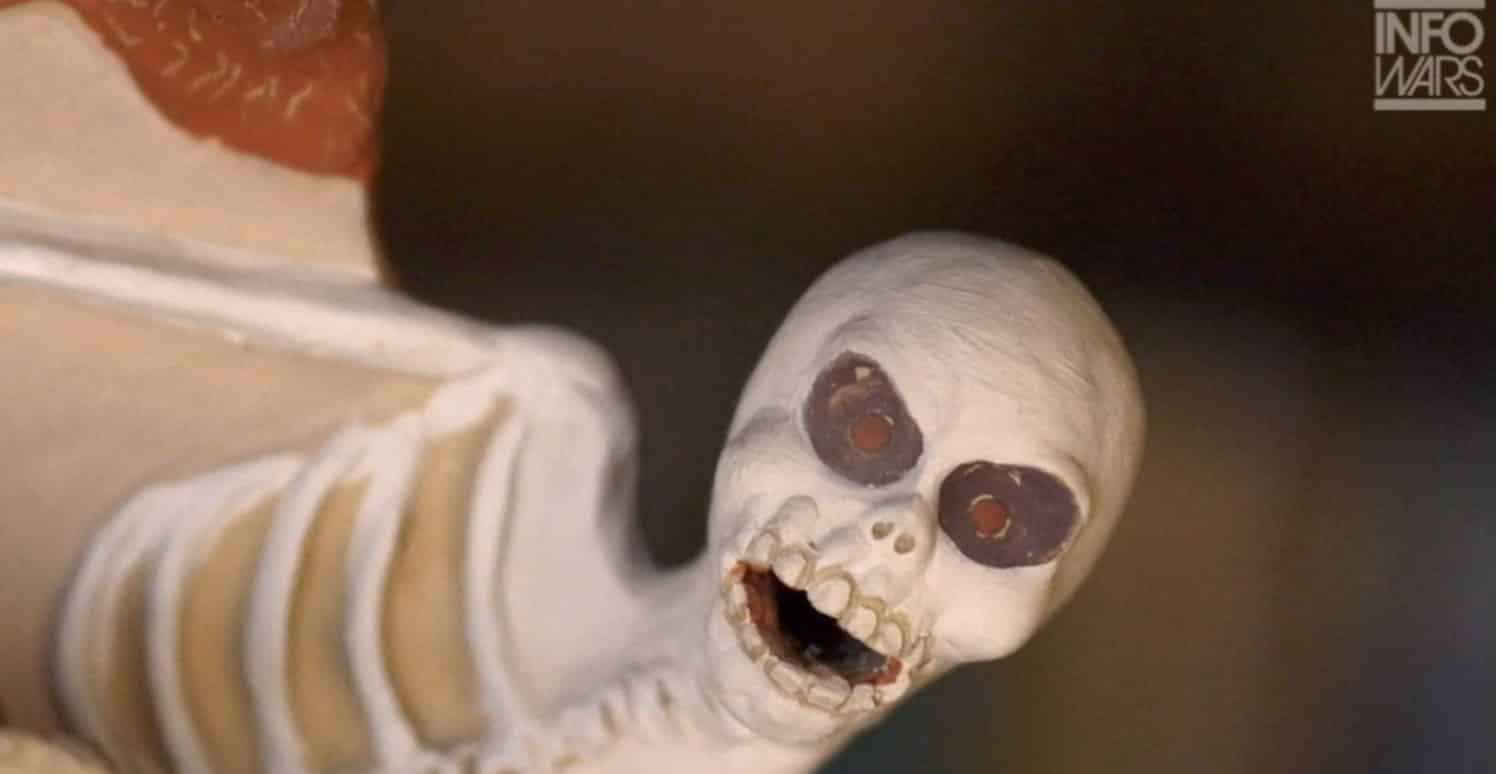 The crux of the story is how they got Scalia. According to sources, Scalia had been providing protection for an international pedophile ring and was murdered by “friends” who he had informed of the nature of his visit with Obama and the doom it signaled for those around Scalia, prosecution, ruin and Citizens United reversed.

The mechanism Scalia used to provide this protection was the Federalist Society which chooses the judges throughout the US judiciary system so should any unfortunate pedophile find himself in court, the judge was under Scalia’s control, thus making a successful prosecution difficult to achieve.

The Federalist Society grooms and recruits candidates to become judges at a young age – college-age kids; they specifically seek out suitable candidates who have certain moral ambiguities that can be exploited.

Thus a stranglehold is placed on the judicial system of the United States by a group that serves the interests of big business – corrupt corporations, big pharma, the oil, and coal barons; this is how their interests are, time and again, placed ahead of those of we, the people with the result that our environment and our bodies are polluted by the products of these corporations, be it poisons like aspartame and GMO crops in our food, toxins in our groundwater (see Flint, MI) or just plain old exploitation of poor people such as the coal miners of West Virginia and Kentucky.

Scalia met with the Order of Saint Hubertus, the patron saint of million dollar dude ranch hunting. As of yet, no one has identified who was there, it seems that Supreme Court justices are found all the time with pillows over their faces and nobody asks a thing, but this was Texas and they make their own rules down there.

Scalia’s talk in Texas was said to have gone like this: “They have us, we are all going down unless we can give them what they want and they are holding all the cards, they have everything.” There was no negotiation with the White House, instead, Scalia got, we are told and multiple sources confirm, a pillow over the face and a heroic funeral, one that President Obama refused to attend. Now we know why.

For a seated president to not attend the funeral of a pedophile is unthinkable.

The computer itself belonged to a Stirling David Allen, arrested and charged with child rape and sodomy by the FBI after an investigation that began with a meeting in Rome, Italy. The FBI had known about Allen for some time, had wanted to arrest him since 2014 but had been blocked, they just didn’t know why or who was behind it, not until Justice Scalia died. Within 9 days, Allen was jailed, and the evidence he held began to yield gold.

We were shown an email from Allen where he tells of his January 15, 2016 meeting with Agent Ross at which time his computers were seized by the FBI. What we are told was on Allen’s computer and what Allen told agents is astounding. Allen confessed we are told, not only to his own sex crimes but to being recruited by a powerful international organization that provided him broad protection from prosecution.

It is very sick, but if you really want to watch and hear the ramblings of a mad man just watch this video where Sterling D. Allan says he is GOD in the flesh, admits to being a pedophile, admits he has committed sexual abuse with an underage child and says that he is waiting to be arrested. Mr. Allan claims he chose this life before coming to Earth to be a “scapegoat” which of course is all foretold in his insane “alphabetics.”

We are told that Allen became increasingly unstable as his own feelings of guilt and his own public confessions of child sex crimes were inadequate to bring about his own arrest, an arrest he openly asked for time and time again.

High-level sources confirm that Supreme Court Justice Antonin Scalia was murdered, which in itself is neither an original claim nor beyond the realm of likelihood based on circumstances allegedly tied to his death. By that, we are speaking of the “pillow over the head” and allegations of a “cover-up autopsy,” well outside legal requirements for someone of Scalia’s position.

Sources in the White House confirm that immediately prior to his flight to Texas, ostensibly for a hunting trip with 35 “close friends,” many of whom are members of the highly secret Order of Saint Hubertus. As is being reported, initially in the Washington Post with broader allegations made on the InfoWars website, tying the Hubertus Order to Bohemian Grove antics, long subject to speculation in the alternative media.

We became aware of the case in August 2015 when we were shown correspondence between Allen and representatives of the Keshe Foundation. Allen ran several popular websites on alternative energy and was a popular speaker, often appearing on the Coast to Coast radio show with Detroit native, George Noory.

Increasingly it became obvious that Allen had been using these venues for sexual trafficking of children. It wasn’t hard to figure out, he did it openly spoke of it constantly (as seen in the YouTube above) and lived as though he were above the law. Over the next few months, particularly when confronted by Iranian born physicist MT Keshe, who ordered Allen and those around him banned from all Keshe forums, Allen openly flaunted his criminal activities.

What made this particularly insidious is that it was obvious not only that Allen was not acting alone but that he had broad support not only in his home state of Utah, where he was able to avoid prosecution but in Belgium as well. There, Allen and associates Hans Bracquene, Dirk Laureyssens, and Ad Van den Elshout moved against the Keshe group, securing against Keshe’s wishes technologies with defense-related applications and passing them on to MI 5 in Britain.

When Keshe moved against this group and tried to secure his patents, he found himself being chased down the highway, shots fired, his car run off the road. Police arrested and soon “misplaced” the culprits, and soon thereafter, representatives of Belgium’s “royals,” told Keshe to leave Belgium or be buried there.

On the European end of the FBI investigation, the trail, all of which is easily followed by the “breadcrumbs” Stirling David Allen has left, leads to the highest and most powerful of the scientific communities where blackmail, kidnapping, and torture, threats against families and in particular, threats against children, have placed members of secret societies in positions of power at universities, think tanks, police and counter-terrorism agencies and even the European Space
Agency.