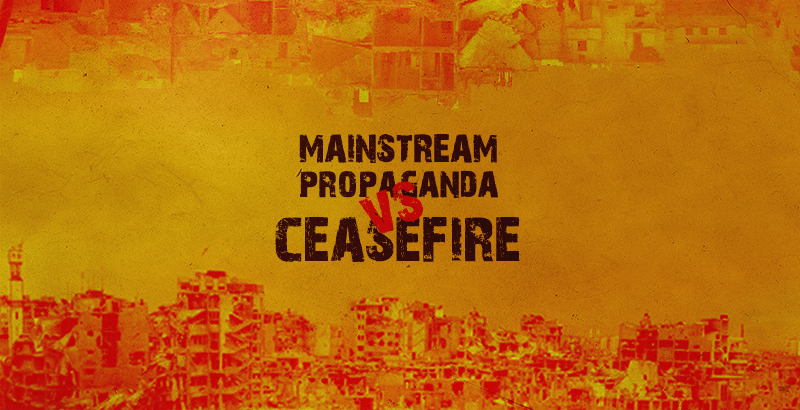 On Feb.29, the Syrian Arab Army (SAA) took control of the village of Al-Fadiyaya near the Marj Al-Sultan military airport in the East Ghouta region of Greater Damascus. Al-Nusra and Jaysh Al-Islam had operated in the area. Securing Al-Fadiyaya north of the Marj Al-Sultan Military Airport, the SAA is able to defend the air base’s helicopter airfields.

The East Ghouta has the highest concentration of Al-Nusra militants in Greater Damascus. Thus, the SAA’s actions can’t be recognized as a violation of the ceasefire which doesn’t expand on Al Nusra, ISIS and linked terrorist groups.

Mainstream media and think tanks have already started a propagandistic campaign aimed to clean up the public image of the so-called “moderate opposition” even if Al Nusra and linked units are the only power of these moderates on the ground. Diverse range of statements aimed to prove that the “regime” and Russians violate the ceasefire is a common part of this campaign.

Some 250 militants laid down their arms and turned themselves in to the Syrian officials in the province of Dara’a on Monday. The 250 surrendered militants are mostly from al-Sanamein region, including 130 from the village of Kefr Shams.

In the province of Homs, the SAA the Syrian National Defense Forces imposed full control over 8 hilltops overloking the village of Jazal controlled by ISIS. This sets the ground to launch an advance on this village and to secure the oil reach area in the Jazal Mountains.

The loyalist forces who imposed full control over the village of Ayn al-Bayda located at the strategic M4 highway have deployed their forces only 15 km from the strategic city of Jisr al-Shughour. Meanwhile, the Syrian government has been reportedly concentrate forces in the area of Jabal al-Akrad in order to support the advance along the M4 highway.

There are also unconfirmed reports that SAA and YPG units have been preparing an advance in Northern Aleppo in order to cut off the vestiges of the militants’ supply lines from Turkey. If this is done, the anti-terrorist forces will force militants in the area to peace.