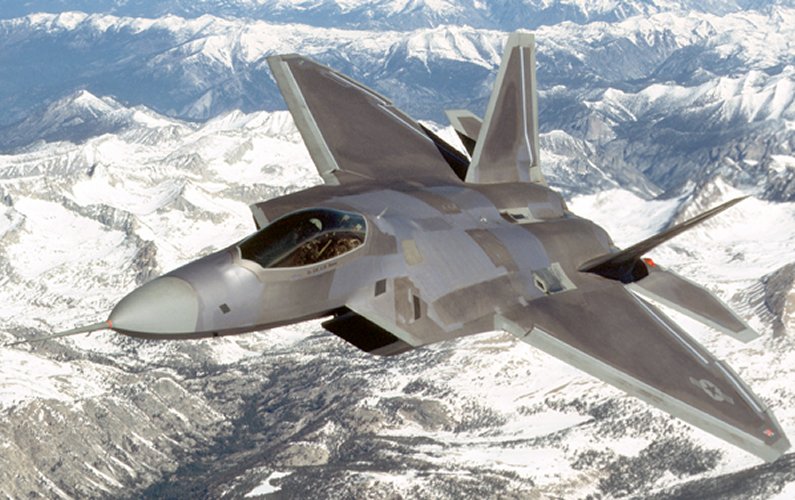 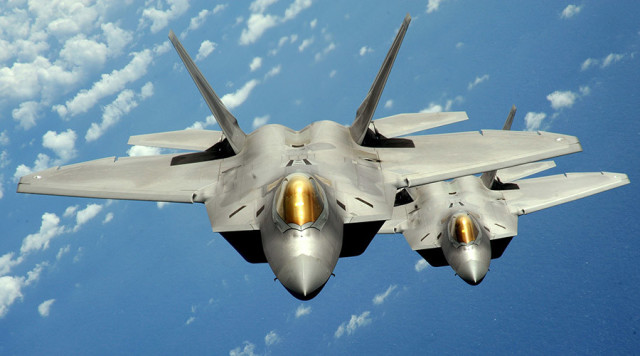 [ Editor’s Note: No Sherlock Holmes needed on this story. The Air Force is just trying to crank out some operational time statistics using the F-22 in the US coalition for a task it was not designed, which makes it a hugely expensive artillery system — $412 million per aircraft and a high maintenance cost.

This is a typical problem when there is a “limited” war, everybody wants to get a piece of the action. For pilots, it is combat missions. The Air Force does not have a lot of these planes in operational squadrons, as many have been worn out over the years through training hours needed to keep pilots current on their skills… Jim W. Dean ]

The United States’ highly-advanced aircraft, F-22 Raptors, keep flying over Syria and Iraq although their deployment is not an “operational necessity,” says an Air Force spokesperson.

More than $80 billion have been spent on the aircraft, which is apparently too advanced for the US alleged fight against Daesh Takfiris.

Smith still described F-22 as “one of the great tools that can be used in this conflict to deliver airstrikes with precision.”

According to US Air Force Captain Joseph Simms, “The F-22s have been instrumental in taking out a lot of high-value targets.”

The Raptor was designed and developed in the late 1980s and 1990s to counter Russian and Chinese military might but its funding was cut off in 2009 as every plane cost over $400 million.

“The F-22 is clearly a capability we do need — a niche, silver bullet solution for one or two potential scenarios — specifically the defeat of a highly advanced enemy fighter fleet,” former Defense Secretary Robert Gates said at the time. “[But] the F-22, to be blunt, does not make much sense anyplace else in the spectrum of conflict.”

The aircraft has stealth capabilities to “operate much closer to non-coalition surface-to-air missiles and fighter aircraft with little risk of detection,” an unidentified squadron commander said in a US Air Force press release last July.

Since September 2014, the US along with some of its allies has been conducting air raids against what are said to be the Daesh terrorists’s positions inside Syria without any authorization from Damascus or a UN mandate. The air assaults are an extension of the US-led aerial campaign against purported Daesh militants in Iraq, which started in August 2014.