American women are at a higher risk of poverty after retirement than men, because their existence is conditioned by a combination of lower pay, a longer lifespan and other factors such as taking time off to be with their families.

A new study by the Washington, DC-based Institute on Retirement Security (NIRS) found that retirement security is up to 80 percent less likely for women as a result.

The study of American retiree prospects found that “the retirement gender gap is alive and strong”, and that a woman earning on average $50,000 annually must save more than $1,000 more of that each year to catch up to men. 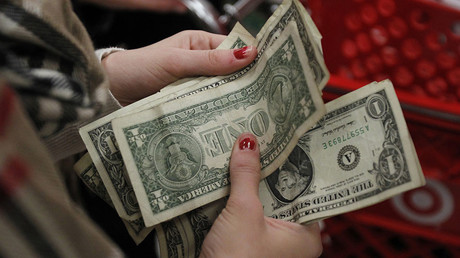 The situation is currently so that by the age of 80, a man’s income will have surpassed a woman’s by 44 percent.

Moreover, women were three times more likely than men to live in poverty at ages 75-79. Further to this, widowed women were twice as likely as widowed men to experience the same fate.

As a rule, women need to acquire more retirement assets.

This is firstly related to women’s longer life expectancy. But a slew of other distinctly female life issues contribute greatly to the gap, even exacerbate it, NIRS finds.

“According to [an earlier] 2007 study, full-time female workers made just 76.2 percent of their male counterparts’ wages – that means less money for savings.

“Women still earn less, have less to save, and are less likely to have workplace retirement plans,” policy analyst and research brief author Ilana Boivie said.

Researchers explain that “given that the global economic crisis has drastically eroded retirement readiness, it’s all the more urgent that a policy framework is put in place to give all women a shot at achieving retirement security with a pension, 401(k)-type supplemental savings accounts, and Social Security.

“The fact that women over 65 are 80 percent more likely than men to fall into poverty in their retirement years is tragic and should be a call to action for policymakers,” co-author and executive director at NIRS said in a statement.

Recent research by NIRS found that there’s also a big gap in psychological perceptions of financial security upon retirement in the US. A sizable 88 percent of woman said they were concerned for their security, compared to 79 percent of men.