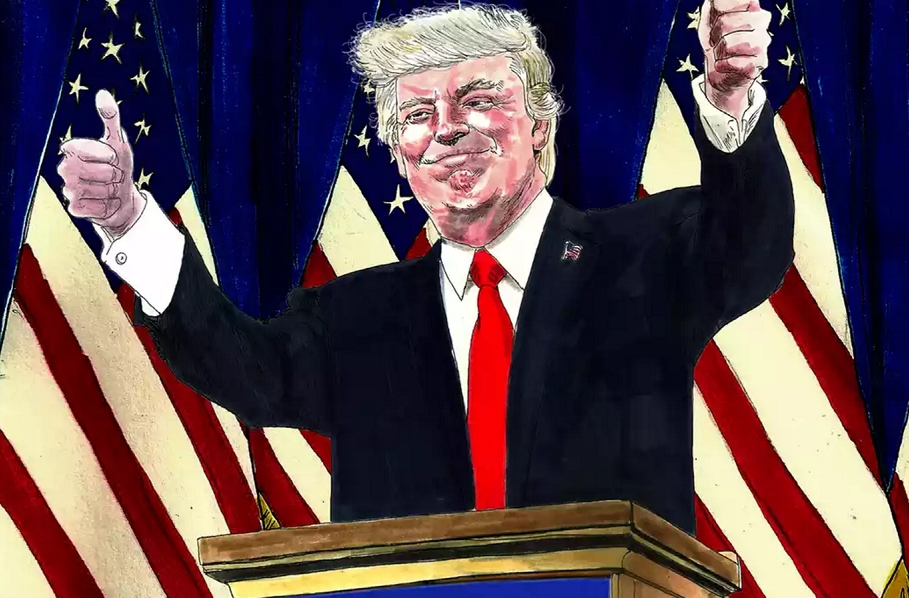 Whether or not Donald Trump ultimately succeeds in winning the White House, historians are likely to rank him as the most consequential presidential candidate of at least the past half-century.

He has already transformed the tone and temper of American political life. If he becomes the Republican nominee, he will demolish its structural underpinnings as well. Should he prevail in November, his election will alter its very fabric in ways likely to prove irreversible. Whether Trump ever delivers on his promise to “Make America Great Again,” he is already transforming American democratic practice.

In contrast to the universally reviled Martin Shkreli, however, Trump has cultivated a mass following that appears impervious to his missteps, miscues, and misstatements.

What Trump actually believes – whether he believes in anything apart from big, splashy self-display – is largely unknown and probably beside the point. Trumpism is not a program or an ideology. It is an attitude or pose that feeds off of, and then reinforces, widespread anger and alienation.

The pose works because the anger – always present in certain quarters of the American electorate but especially acute today – is genuine. By acting the part of impish bad boy and consciously trampling on the canons of political correctness, Trump validates that anger.

The more outrageous his behavior, the more secure his position at the very center of the political circus. Wondering what he will do next, we can’t take our eyes off him. And to quote Marco Rubio in a different context, Trump “knows exactly what he is doing”.

Read more at the Guardian