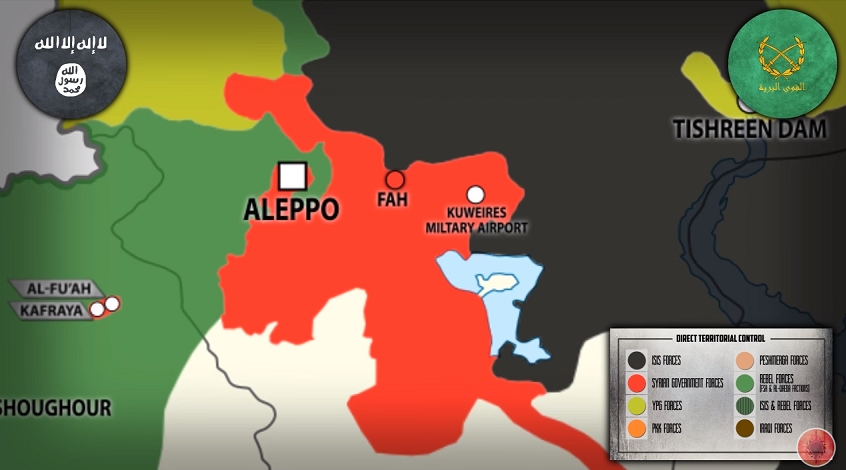 The Syrian Arab Army (SAA) launched a military operation to liberate at the strategic village of Kabani controled by Al-Nusra and its allies. Thus, the SAA’s 103rd Brigade attacked the southern flank of Kabani and the Syrian Marines continued an advance along the Aleppo-Latakia Highway (M-4). If Kabani is captured, the SAA will be able to advance on the Jisr Al-Shughour’s southern countryside. This town is a mid-term goal of the ongoing advance.

The SAA stormed the ISIS positions at the village of Fah and forced the terrorist group to pull forces back from the village and nearby farms in the Aleppo province.

Heavy clashes between the Kurdish militias and ISIS have been observed in the area between the border town of Tal Abyadh and al-Kantari and near the Raqqa-Turkey highway.

Meanwhile, the Syrian troops reportedly deployed in Southeastern and Northeastern areas of Aleppo and Hama provinces respectively are preparing to launch a joint anti-terrorism operation to free more lands in the province of Raqqa.

On Mar.2, ceasefire agreements were signed with four commanders of moderate rebel units, which control Kafar, Shams and Gabagib in the Daraa province. Total number of signed agreements has reached 40, talks with 11 more are underway.

The Russian centre for reconciliation of opposing sides also delivered 6 tons of humanitarian aid to the settlements of Kineiba, Vali-Sheikhan and Hansjaus.