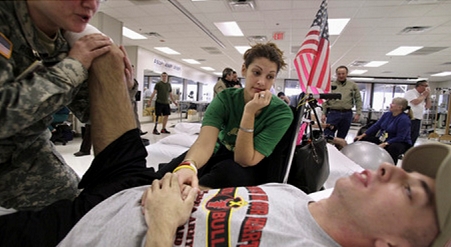 [ Editorial note:  As the real experts here, we at VT can almost laugh, not at the tragedy, but at the grossly uniformed under-reporting of figures we know to be a thousand times, yes, not just a hundred, greater than given here… Gordon Duff ]
____________
–
The US Department of Veterans Affairs continues to face intense scrutiny over its failures to provide timely aid, as a congressional hearing revealed a veteran committed suicide after his call to the emergency hotline went unanswered and to voicemail.

The revelation came during a hearing a subcommittee hearing on Veterans Affairs (VA) appropriations. According to the Daily Caller, the incident dates back to July 2015, when Iraq War veteran Thomas Young of Illinois called the Veterans Crisis Line (VCL) seeking help.

After returning from Iraq in 2004 and being diagnosed with post-traumatic stress disorder, the 30-year-old tried to seek help for his problems with alcohol abuse at a local VA hospital. However, he was denied since he wasn’t suicidal. 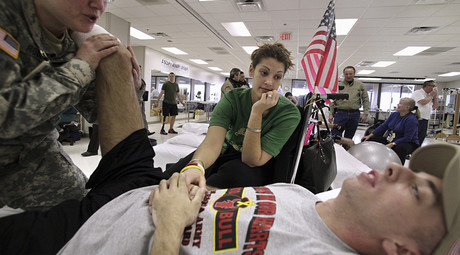 He tried calling the Crisis Line on July 22 or 23, according to his brother, but only got voicemail. On July 23, Young laid down on train tracks near Chicago and was hit by a Metra train.

One day after Young was killed, the VA’s office returned his call and rang his phone.

Young’s case is certainly tragic, and details about it come in the wake of an inspector general report detailing a number of issues and complaints with the Crisis Line. According to a recent inspector general’s report, multiple veterans complained about reaching voicemail, including that some VA workers did not even know about the voicemail system.

“We found 3 of the 41 complaints made to the VCL in FY 2014 were claims that calls were transferred to a voicemail system,” the report reads. “Our review identified over 20 calls that were routed to voicemail at 1 of the backup centers. When VCL management investigated these complaints, they discovered that the backup center staff were not aware the voicemail system existed; thus, they did not return these calls.”

At the latest hearing, VA Under Secretary of Health David Shulkin acknowledged that calls were going to voicemail during a two-week period, but said a contractor was responsible for the situation.

Other complaints documented by the inspector general report were that veterans were placed on hold for at least 20 minutes. One claimed that it took three hours for an ambulance to arrive after the Crisis Line requested it, but the report determined there was no evidence that the VA service was actually involved in that request.

The report determined that VCL workers did have adequate training, but it did document that “24 of the 27 (89 percent) orientation checklists did not have all of the checklist items marked as completed and/or were not signed or dated by the responders’ supervisors. We also found no evidence that 18 (55 percent) of the 33 responders had taken a postorientation test.”

Congress outraged cure developed by VA scientist sells for $1k a pill, out of reach to vets

Following the report’s release, Senator Mark Kirk (R-Illinois) called for the Crisis Line manager and others to be removed from their positions.

“The culture of corruption at the VA means consistently protecting those responsible for failing our vets and the taxpayers,” a statement from his office read, according to CNN. “Every person who oversaw the hotline for the past nine years should be fired because the GAO and VA OIG (Office of Inspector General) have repeatedly noted the crisis line’s failure.”