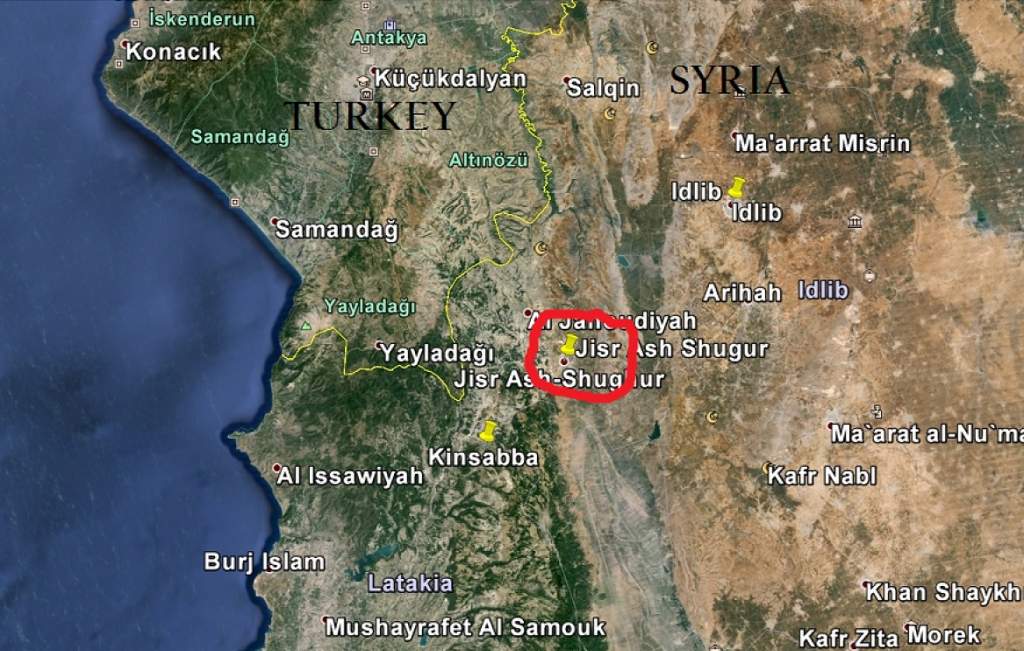 There are multiple confirmations today, from sources in Hezbollah intelligence in Lebanon, from Iraq and now directly from Russia.  Sources also reveal that Russia has become increasingly frustrated and impatient with Turkey for that nations intransigence in the face of numerous communications from Moscow.

Russia has made every effort to inform Turkey that their provocations in Syria will lead to war and the removal of the Erdogan government.

This will happen during the Obama presidency for reasons Erdogan just doesn’t get and will be done with tacit US approval and to the great relief of NATO and the EU, who now see Turkey as a threat to European security.

An assassination list has been intercepted, a broad plot by Saudi Arabia and Turkey, to kill regional leaders in Iraq and Lebanon.  The purpose is to drive sectarian conflict and broaden those involved in a war they fear may actually end someday, something they see as a political disaster.

other names are being withheld…

The teams assigned were hired in Britain and are former operators for British and Israeli intelligence with well established legends (identities).

The first stage in the attacks was to gain authorization from the US and Britain.  In order to authorize the assassination of Nasarallah and Sadr, it was necessary for the Gulf Cooperation Council to declare Hezbollah a terrorist organization.

With the Russian military grouping having already stabilized the situation in Syria and the Syrian Army well underway in a training and refitting schedule, and with clear Russian threats against Saudi Arabia and Turkey, there is increased desperation in both Riyadh and Ankara among the ruling extremist factions.

“Truck convoys with materiel and weaponry cross the border from Turkey to Syria round the clock. They are headed exclusively to areas controlled by al-Nusra Front and Ahrar ash-Sham terrorist groups,” Lt. Gen. Kuralenko, commander of the Hmeymim-based Russian center for Syrian reconciliation, told reporters.

“Artillery shelling of Kurdish militia units, fighting against Nusra Front, continues from the territory of a Turkish border post near Yanankey,” Kuralenko said, adding that these actions hinder the restoration of peace and reconciliation in the Aleppo and Idlib provinces.

There is also evidence of a serious split between Israel and their allies, Turkey and Saudi Arabia.  Israel has been vocal recently in their criticism of Turkey and has told the press of an attempt by the UAE to purchase nuclear weapons, seen by some as a “left handed” way of saying they already sold tactical nukes to Saudi Arabia, something we are told Netanyahu deeply regrets.

We have confirmation that Israel has a comprehensive security agreement with Russia which includes guarantees that advanced armaments will not be supplied to Hezbollah in return for Israel curtailing some activities which may or may not include their role in Yemen.

There is also considerable “informed speculation” about Israel’s relationship with Iran after the recent election.  There is an expectation that doors will open to return of broad economic cooperation between the two nations.  Israel increasingly is looking on joint Turkish and Saudi ambitions as a long term direct threat to the security of Israel, a policy turn-around that points out a number of Likudist blunders of late, including the poisoning of relations with both American political parties.

The real issue, and sources are mixed on this, is how Russia will respond to Turkey’s flagrant violations of the cease fire agreement, not just their shelling of the US backed YPG Kurds.  Turkey is moving columns of weapons into Syria for mixed units, Turkish advisors and unit leaders with Saudi hired mercenaries, in an all out attempt to save Turkey’s military center in Idlib province, the city of Jisr Ash Shugur, which is now under direct threat by the Syrian Arab Army and Russian forces. VT has strong confirmations that Russian Vladimir Putin now takes the actions of Turkey’s President, Recip Erdogan personally including Erdogan’s involvement backing extremist elements in Ukraine, his nuclear weapons program, Turkey’s partnership with Georgia in the development and use of biological and chemical weapons and Turkey’s direct support of terrorism inside Russia.

Putin considers Erdogan a madman.  More than one source has confirmed that within hours Turkey’s air forces and major armored units would be obliterated by tactical nuclear weapons within minutes of what Russia would term a “redline violation” by Turkey.

Turkey is playing with that “redline” now.