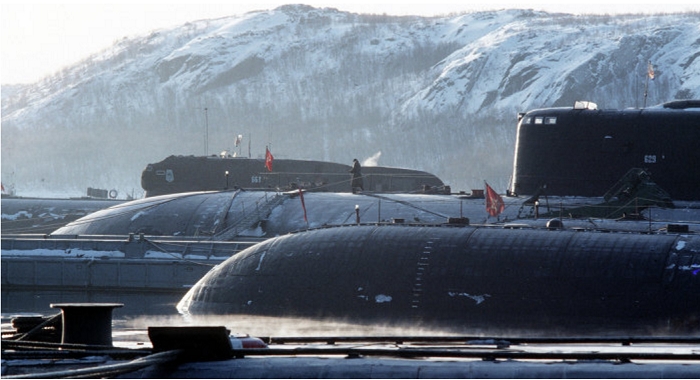 Having deployed its most silent and advanced submarines off the Syrian coast, Russia is raising the stakes in the power game it is playing in the Middle East, Observer reported.

MINISTRY OF DEFENCE OF THE RUSSIAN FEDERATION
Impressed by Russia’s ‘Kalibr’, Pentagon Puts Money Down on New Missile Designs

Moscow may engage its “secret weapon” in Syria and the West will not be able to take the challenge,Observer reported.Earlier, commander of the Russian Black Sea Fleet Adm. Alexander Vitko said Russia’s newest submarine armed with Kalibr missiles will be deployed as part of the Syrian operation.

“These [submarines] are the quietest subs in the world. NATO has named these Russian subs ‘Black Hole.’ They are diesel electric powered and fire Tomahawk-style rockets from the sea,” the article read.

The Rostov-on-Don sub can remain submerged for 45 days. It has a weight of only 4,000 tons. It is very small and very fast, capable of cruising at an underwater speed of up to 20 knots.

“Because of its small size, it is able to get into shallow water. Because it is so quiet, it leaves no sound signature. It becomes invisible,” the article read.

According to the author, Russia may now control not only Syrian airspace but also the coastline. In addition, having deployed its powerful fleet to the Mediterranean, Russia has created what has been termed an “Arc of Steel” which spans from the Arctic Circle via the Baltic Sea to Crimeato the Mediterranean Sea.”The game plan is to challenge and confront NATO and the West,” the article concluded.