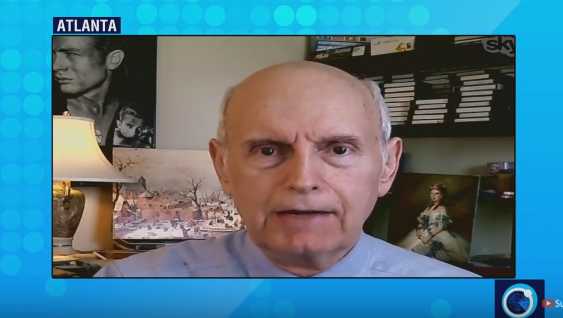 The UN seems to have thrown the glove down to the ceasefire wreckers with de Mistura’s statement that the political future of Syria will be decided by Syrians, including what happens to Assad. That put the choke not only on Saudi Arabia, but also the US and France, who keep slipping in the “Assad must go” mantra.

The West intones “Assad must go” despite the fact that to get a political settlement with any chance of lasting would have to include a domestic Syrian settlement. I think de Mistura is saying he is not going to be anyone’s chump in the process.

He carefully picked his timing to do this. The ceasefire is holding reasonably well, with almost 2000 rebels taking their amnesty deal, 1200 in the hard fought Daara area south of Damascus. They know they cannot win now, and nobody wants to be the last man killed in a war.

What I think we are seeing is the hard core jihadis who have major country supporters and the mercenaries will be the last ones standing… for a while anyway. In Saudi Arabia’s case, Syria is by no means a Yemen situation, even without Russia being there.

What the rest of us are rooting for is that the forces for stabilization will close ranks to confront the chaos exploiters. That will make it more difficult for those who have been playing both sides, like the US. Every aid truck that gets through, or water and electric system that cranks up will strengthen the domestic Syrian situation.

What you see Turkey doing, which no one is really reporting, is trying to keep enough instability going to prevent the refugees there from going back, as that is a double loss for Erdogan. He loses his refugee deluge threat against the EU; and he knows one of the reasons Assad is pushing for April elections is to draw people back, and why France is objecting.

If the Parliamentary elections support Assad’s party by a large majority, that will be curtains for the 5% hard-core opposition crowd making a case that they get an equal say in Syria’s future. They will be exposed as not having the support, as they never have. And with the UN running the election, they will not have their long over-used “Assad rigged the election” crying towel to hide behind.

The United Nations’ special envoy to Syria has rejected foreign interference in the fate of the Syrian president.

Staffan de Mistura said the fate of Bashar al-Assad should be determined by the Syrian nation and without foreign interference. He added that the solution to the conflict in Syria should be Syrian-led and Syrian-owned. The UN envoy also voiced optimism about the recent ceasefire in Arab country, saying it has led to a sharp reduction in the number of deaths, despite continued breaches, which he described as minor.

He added that prior to the truce, up to 120 people were being killed each day. He also said that over the past ten days, more than 240 humanitarian trucks have been able to reach seven besieged areas across Syria, while noting that more needs to be done to reach other areas under siege.