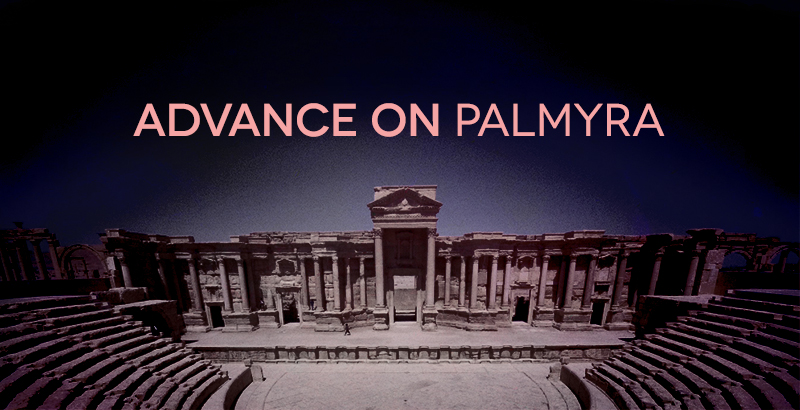 ISIS militants have launched an advance on the Deir Ezzor Military Airport controlled by the government’s forces. On Mar.3 the ISIS force reached the southern gates of the airport following a successful firefight against the Syrian Arab Army (SAA). However, ISIS militants were unable to break the SAA’s defenses. The clashes are ongoing.

The SAA’s 555th Brigade of the 4th Mechanized Division is advancing in northeast Hama. The Zakiyah Crossroad, located west of the border between the provinces of Al-Raqqa and Hama, remains the goal of the loyalist forces. On Mar.3 the SAA seized Point 4, Point 5, Khirbat Al-Bayda, and several small hilltops on the way to it. Clashes were also observed at the Zakiyah village located located along the Salamiyah-Raqqa road.

Meanwhile, the SAA continued an advance towards the city of Palmyra securing the mountaintop of Jabal Jazal and its neighbouring oil fields. In South of Palmyra, the SAA moved to Wadi Al-Dhakara, seizing a part of the valley after a violent battle with ISIS.

We remember the pro-government group “Liwaa Suqour Al-Sahra” have deployed in the Palmyra front to strengthen the SAA’s force seeking to liberate the city.

On Mar.3, ISIS and al Nusra made an attempt to cut the Aleppo-Khanaser-Ithria road one more time. However, the SAA and its allies repealed this attack.

Since the Khanaser-Aleppo road is now free of danger, the pro-government forces, wich have been concentrated in the area, are preparing for a large military operation in Southeastern Aleppo. According to reports, the Syrian Army’s Central Command decided to deploy a significant force to the town of Ithriya. Ithriya is located in the Hama province’s Northeastern countryside. The town borders the Aleppo province to the North and it is situated 15 km West of Raqqa axis.