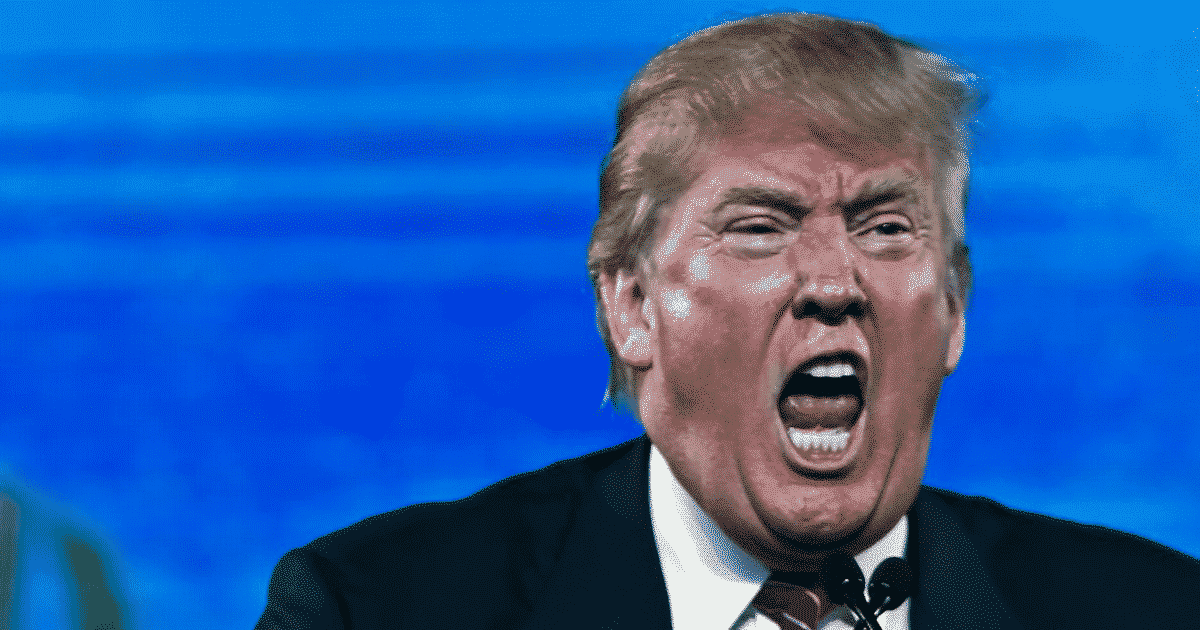 If you were trained in logic, then you know that an argument basically has to have a series of statements known as premises which inevitably will lead to a particular conclusion. Moreover, an argument can be either good or bad.

A good argument must consistently follow the rules of logic and has to have explanatory power and scope. As a corollary, any argument against a good argument will be based on premises that are less obvious than the good argument itself.

We should add that a bad argument violates or excludes some or all the rules of logic and substitutes irrational (and sometimes crazy) premises. This is simple enough to understand, but the Neo-Bolsheviks and New World Order agents want to tell us something different.

I was just watching the Zionist media the other day and was just appalled at how NWO agents come up with really crazy ideas and force them upon much of decent Americans who are trying to pick a presidential candidate. This is worth watching:

How does that logic work? And where is that in the Constitution? Is that really freedom? And if it isn’t, where did America get this mumbo jumbo?

Obviously, America got it from the Anti-Defamation League,[1] a Jewish group that constantly plays double standard in the political firmament and which perpetually places draconian speech codes upon much of the West, most specifically America.

Tapper is probably an innocent man, but he is playing by the diabolical rule which has been forced upon him and much of the media. After all, he’s got bills to pay. He has a family, and he is probably trying to be a decent husband and father. But he is certainly doing the Zionist media a disservice if he cannot meet Trump on his own ground.

Yes, we know that Trump is not completely rational. Granted, he has said contradictory statements. But here Tapper is the irrational person and Trump obviously knocks him out. If we take leaders of the Anti-Defamation League to their logical conclusions, Trump needs to disavow anyone that they do not like!

This is really frustrating because those people ought to know better. I particularly am appalled when I read or listen to the stuff that Zionist shills put out there. It will not take you two seconds to realize that some people are really unsophisticated in their thinking. Even though many of them went to some of the best colleges in America, it seems that they have never been exposed to rigorous argumentation or sophisticated treatise on these matters. They spent a fortune to get a decent education, but somehow they got ideology instead.

I usually sit down and anticipate what a good objection could be to my arguments, and how one might respond and answer them. But sometimes I realize that it is almost impossible to anticipate some of the most ridiculous statements people put out there.

If you observe the Zionist media long enough, you will find similar argumentation. Sometimes I ask myself, “What would Plato or Kant or Hegel think about these people?” Remember when people were saying that there was no right or wrong in music? Remember how Plato responded?

“Through foolishness, they deceived themselves into thinking that there was no right or wrong in music—that it was to be judged good or bad by the pleasure it gave. By their work and their theories, they infected the masses with the presumption to think themselves adequate judges. … As it was, the criterion was not music, but a reputation for promiscuous cleverness and a spirit of law-breaking.”[2]

Then there is more to the Donald Trump controversy. The entire Zionist media wants him to reveal his income tax return, which is fair. But I had to laugh a bit here. The National Football League, which cashes in billions upon billions of dollars every single year,[3] has been tax-exempt since 1942![4]

A number of big companies have also failed to pay their taxes since 2014 and beyond. Companies like General Motors, Boston Properties, and Public Storage, among seventeen others, are laughing all the way to the bank. Other companies such as General Electric and Verizon Communications have very low tax bills. Now get this from CNN and the Times of Israel: Facebook founder Mark Zuckerberg, the “world’s richest Jew,”[5] “never has to pay taxes again”![6]

No one has said a damn thing about any of this. But everyone wants to see Trump’s income taxes!

I am in no way defending Donald Trump here at all. In fact, we have criticized his views in several articles in the past. If he doesn’t pay taxes, shame on him and people ought to think twice about what he is saying in public. In fact, Trump seems to be playing games. The Times of Israel has recently reported:

“Speaking to the Sheldon Adelson-controlled Israel Hayom newspaper, Trump cited his daughter’s marriage to Jared Kushner, who is Jewish. And he added that he, himself, had participated in various pro-Israel rallies…

“Trump told the paper, which is strongly supportive of Israel’s Prime Minister Benjamin Netanyahu, that he wanted to work to achieve Israeli-Palestinian peace… He also blasted the Iran nuclear deal, as he has in the past, calling it the worst possible accord for Israel.

“Asked for his position on moving the American Embassy from Tel Aviv to Jerusalem — as was promised in the past by many presidential candidates — Trump said he liked the idea.”[7]

Donald Trump, as with any other presidential candidate, cannot fully be trusted. But I am looking for consistency here. Will the media go after their idols such as the NFL and other big-wheelers for not paying taxes? Will they revolt against both Socialism/Communism and Capitalism? If they will not, then how do they expect us to take them seriously? Should we take Bill Kristol seriously when he compares Trump to Hitler?

It is basically the same thing with the so-called Hillary Clinton allegations. The Neocons want to drink the blood of that woman because she allegedly shared confidential information. But zombie enabler David Petraeus is too big to go to jail.[8] George W. Bush is too important to be placed behind bars.

If that is not stupidity, what is?

I think the American people are rising up against Zionist stupidity, the New World Order, and the Neo-Bolshevik ideology. The Zionist establishment is sensing this as well.[9] The Emergency Committee for Israel released a propaganda video a few days ago, but the same video seems to be strengthening Trump’s campaign precisely because reasonable people agree with pretty much everything Trump said

Perhaps Trump should send the Emergency Committee for Israel a thank-you note?