Home Life Canada, a Major Gold Producer, is now a “Gold Free Zone?”
Share
Twitter
Pinterest
WhatsApp
Linkedin
ReddIt
Email
Print
Tumblr
Digg
Canada has used up all of its gold reserves. For the first time since 1935 the country is out of gold.

The volume of gold reserves in Canada has declined steadily over the past 50 years. In the mid-1960s, Canada’s gold reserves exceeded 1,000 tons. By 1985, half had been sold. In 2015, the reserves were down to three tons and now the country has no gold left. 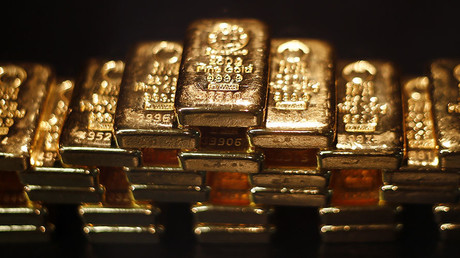 “The government has a long-standing policy of diversifying its portfolio by selling physical commodities (such as gold) and instead investing in financial assets that are easily tradable and that have deep markets of buyers and sellers,” Finance Department spokesman David Barnabetold CBC in February, when Canada was left with $24 million worth gold in its reserves.

By comparison, the United States had 8,133 tonnes of gold (261.5 million troy ounces) at the end of 2015, worth almost $300 billion, according to the World Gold Council, which amounted to more than 72 percent of its total foreign reserves.

“These days, gold has no legal purpose that is required under monetary policy,” Ian Lee, a professor at the Sprott School of Business at Carleton University in Ottawa told the Globe and Mail. The link between banknotes and gold has steadily disappeared in the second half of the 20th century.

However, many are calling for currency to be backed by gold again. Among them is Ted Cruz, who is running for the Republican nomination for US president. The Texas senator has suggested America should return to the gold standard.