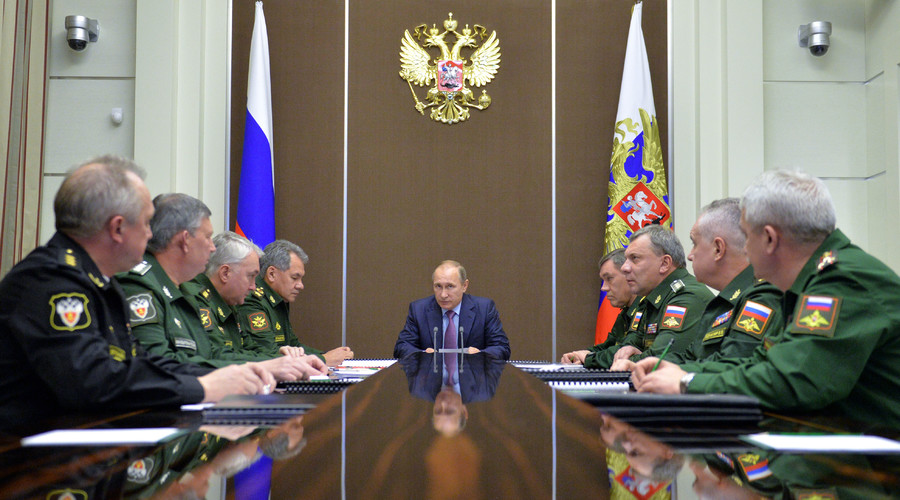 [ Editor’s Note: This comes as no surprise that the jihadis would attempt firing on Turkey. It would have “independent media” video from their side to claim all their shelling was in response to Kurdish attacks, as if the Kurds would be so stupid to do that.

The mention below of even staging some firefights to film is all standard psyop stuff, so the Russians are showing us how good they are at staying on top of things. That is why the US went along with putting the Russians in charge of all that, as they were obviously the only ones who could do it.

They are building up their credibility day by day so that silly charges against them in the future will just be laughed at. The opposition groups coming under the ceasefire and asking for Russian protection are also recognition as to who can do the job.

This will enhance Russia’s ability to act as a trusted mediator politically. The US will be there, too, but has all the baggage of having backed the rebels and the terrorists, which Washington does not have to admit, as everybody already knows… Jim W. Dean ]

Jihadists in Syria have been shelling the Turkish area in an apparent attempt to provoke a response that could lead to Ankara sending troops into the neighboring country, according to Russia’s truce center in Syria.

“On March 6, 2016 several militants of Jabhat Al-Nusra terror group repeatedly fired mortars at Turkish territory from the area near the Syrian settlement of Metishli,” Lieutenant General Sergey Kuralenko, Head of the Center for Reconciliation, said on Sunday.

“The actions of militants are aimed at provoking the Turkish military units to return fire and bring their troops into Syria, which will inevitably lead to the disruption of the peace process,” Kuralenko added.

He also stated that several Islamic State (IS, formerly ISIS/ISIL) armed groups are stationed near the settlement Nusaybin in Turkey, some 1.5km from the Syrian border.

According to the information the Center has, these groups are preparing an attack on the settlement of Qamischli, located on the Syrian territory and populated mainly by Syrian Kurds.

The official also spoke about terrorists’ attempts to demonize the Syrian army and blame it for violations of the ceasefire.

“Staged clashes between two armed groups were filmed by terrorists near Narb-Nafsa settlement in Hama province. To add feasibility to what was happening the militants used real firearms, Molotov cocktails and a variety of simulation tools. They plan to use the footage of the so-called ‘armed conflict’ will be used to accuse the Syrian army of violating the agreement of the cessation of hostilities.”

According to the official press release of the Russian Reconciliation Centre on March 6, the center continues receiving ceasefire applications, as well as appeals for participating in the discussion of the new Syrian Constitution from representatives of opposition forces.

“In the course of the past 24 hours, preliminary agreements with elders of six towns located in the Damascus province have been achieved. The total number of towns, which joined the ceasefire agreements, remains 42. Thirty ceasefire application forms have been signed with leaders of armed groupings.”

However, it also states that the situation on the ground remains unstable, with 15 ceasefire violations have been registered in the course of last 24 hours and four civilians injured in attacks on inhabited areas and units of government troops in Damascus.

Meanwhile, the Russian Defense Ministry reports that in order to debar the ceasefire, IS militants have launched a headhunt to capture elders and administration leaders of Syrian towns, as well as field commanders of the “moderate” opposition, who had signed ceasefire agreements. The Russian Centre for Reconciliation says it will assist in providing security to these persons.

The release stresses that both Russian Aerospace and Syrian Air Forces did not strike any armed formations, which have been following the ceasefire agreement and have informed the Russian or American centers for reconciliation about their location.