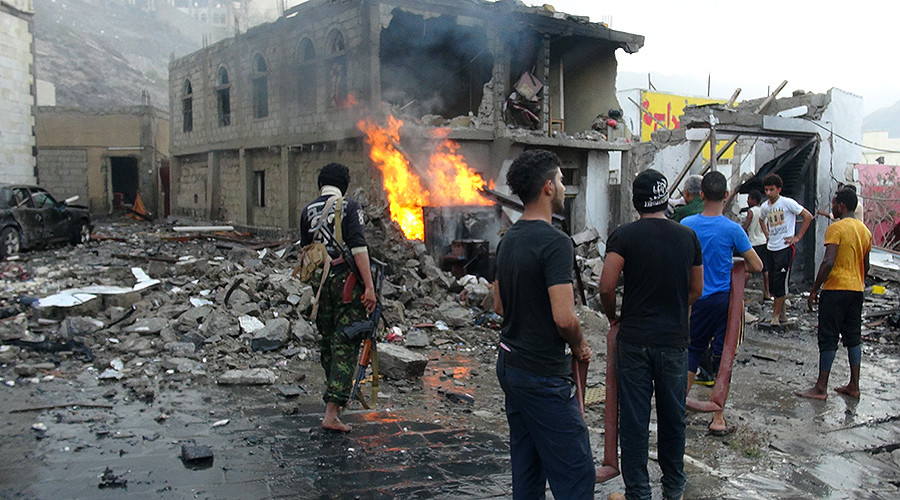 Yemen has been in a chokehold for a year, with a blockade that is a disgrace to the International Community, and the UN has failed miserably to do anything about it.

In 2016, to have a situation like this where a medieval tribal family can use all the weapons and technical expertise of the West to impose collective punishment on the Yemeni people over the current dispute is something right out of the Israeli Gaza playbook.

The Saudis seem to feel they cannot continue politically without crushing Yemen, so as to discourage those inside Saudi Arabia from having any democratic aspirations. All the Western countries selling arms to SA and their hefty service contracts to keep everything working means they are fully on board crushing the Yemenis to demonstrate they are not only loyal arms suppliers, but also have SA’s back covered in the UN Security Council.

The so called “Western values” — especially freedom and democracy — have become nothing more than cheap slogans for neo-colonialist hustlers who will do anything to make a buck. The worst of us have managed to get to the top and have the rest of us in tow, in terms of doing what they want internationally — whether we like it or not.

As Gordon so loves to say, “Welcome to how the world really works.”

Banking and trading sources say vital supplies are being choked because lenders are increasingly unwilling to offer letters of credit amid security concerns. The lenders are unwilling to process Yemen’s payments because ports have turned into battlegrounds and the financial system is coming to a halt under the Saudi onslaught.

The Saudi naval blockade of Yemen is making things even worse. This while Yemen relies on seaborne shipments for its food imports. According to the United Nations, over half of the Yemeni people are suffering from malnutrition.