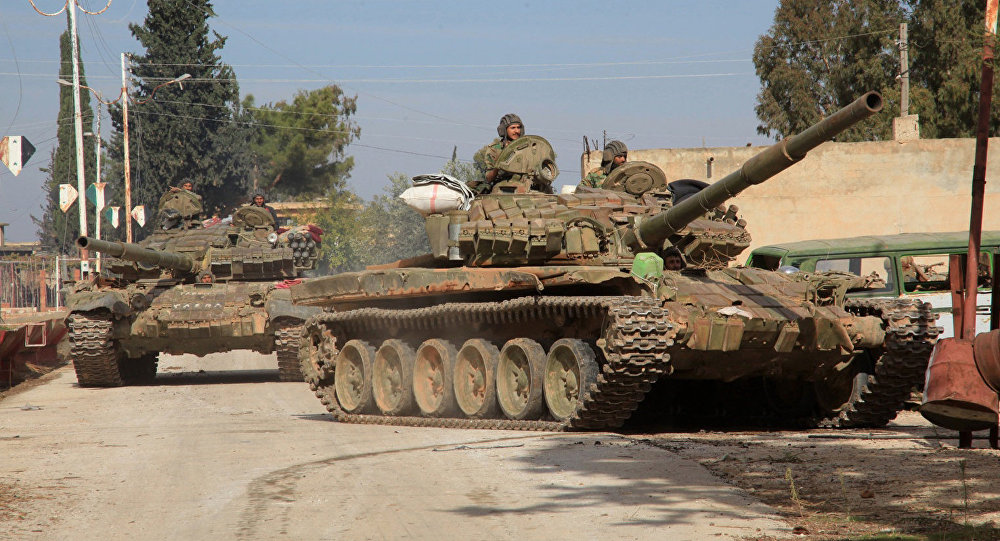 [ Editor’s Note: As we had expected, in areas where opposition groups are accepting the ceasefire, that is allowing Syrian Army combat units to rest, refit and prepare for taking more territory back from the terrorist factions.

Now these ceasefire opposition militias will be helping to provide security to their areas, freeing up more Syrian troops.

The remaining terror factions will not be able to sustain convention military combat operations against the superior Russian coalition. They will retreat to traditional terror tactics — assassinations of those opposition leaders working with the Russians and car bombings of their districts.

This will boomerang on the jihadis, which will build more support for exterminating all the terrorists and hopefully waking people up to the idea that the extermination should include their supporters, also. I am waiting to see this detail brought up in the political talks, as it is extremely important in collecting reparations for rebuilding Syria from those who have aided and abetted in terrorism inside their country.

So far the Syrians seem to have viewed this as a distraction, which I don’t understand. Turkey and Saudi Arabia are putting the screws to Syria every way they can. SA is still demanding that Assad has to step down BEFORE the political talks begin. The Saudis are lost in space, and, combined with the disaster of their Yemeni war, they are losing international stature by the day.

The name of the game now is to move Syrian control up to all of its borders to cut off outside supplies, keep eliminating the jihadists, and these actions will continue to build momentum for keeping the political process going. With the extremists out of the picture, it will be easier for those left to reach an agreement… Jim W. Dean ]

Amid a ceasefire arrangement that has restored calm to much of Syria and the promise of Aleppo regaining access to electricity, the Syrian Army and the country’s National Defense Force have continued a joint offensive against terrorist groups in the western province of Latakia, media reports said.

A swath of strategic areas has reportedly been liberated by the Syrian Army and the country’s National Defense Force (NDF) in the northeastern mountains of Latakia Province in western Syria.

During the latest offensive, the Syrian troops managed to drive the remaining terrorists from their positions at Latakia’s border with Idlib province, according to the Iranian news agency FARS.

Government forces additionally retook a number of key sites along the Aleppo-Latakia Highway (M-4 Highway), in an advance that paved the way for the Syrian Army to reach the hilltops overlooking the strategic city of Jisr al-Shughour, located in the southern part of Idlib province.

The offensive came just a few days after the Syrian Army and the NDF liberated several strategic villages and a strategic height in Latakia province.

In separate development, Russian warplanes conducted a series of airstrikes on Daesh positions in the eastern part of Homs province in central Syria.

The aircraft destroyed a whole array of Daesh targets, including the terrorists’ oil smuggling route to Turkey located near the ancient city of Palmyra, according to FARS.

In February 2015, the UN Security Council unanimously adopted Resolution 2268, endorsing the Russia-US agreement on the cessation of hostilities in Syria, shortly before the ceasefire came into force on February 27.

The cessation of hostilities does not apply to designated terrorist organizations operating in Syria, including Daesh and the Al-Nusra Front.

Adding to the Syrian Army’s anti-terror effort is Russia’s ongoing air campaign which was launched on September 30, when more than fifty Russian warplanes, including Su-24M, Su-25 and Su-34 jets, commenced precision airstrikes on Daesh and Al-Nusra Front targets in Syria at the behest of President Assad.

The Russian Defense Ministry said in turn that “Russian aircraft are not performing strikes in those regions where a willingness to cease fire and to start negotiations were expressed.”