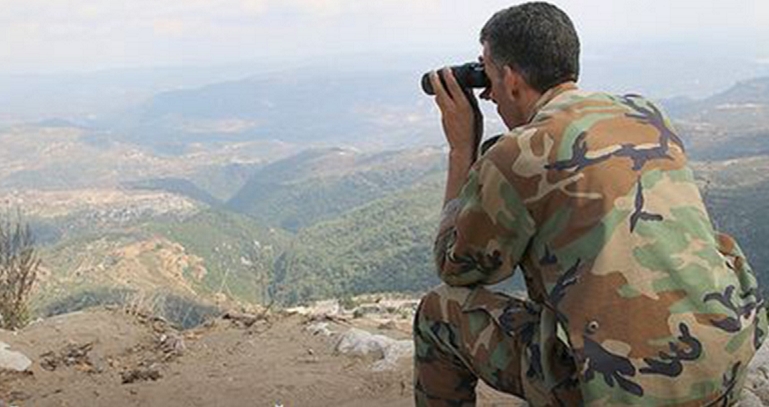 A meeting which without any exaggeration can be called historic, just took place at the Russian airbase at Hmeimim, which is the location of the Ceasefire Coordinating Center (CCC).

Leaders of various opposition movements and armed formations, who have fought against Syrian government forces for years, assembled behind one table. Remarkably, the meeting took place at the opposition’s initiative.

“We trust Russia, said Meis Kreidi, who spent a long time abroad as a member of the opposition. –We finally have peace in our land thanks to Russia’s support. We have finally taken the first steps toward ending the war.”

Meis Kreidi represents the For Democratic Syria organization. She was a member of delegations discussing Syria’s problems in Moscow.

“Starting with February 27, the Syrian population’s conditions have been improving. And I would like to say only one thing: perhaps we’ve had enough fighting. I believe that now is the time for a political dialogue. Our country needs a new constitution. We need to involve all the factions, all field commanders and muftis.”

“Everyone except the terrorists, there is no place for them on Syria’s soil. God willing, we will establish the transition council in the near future. After negotiations, we will be able to adopt a new constitution, hold democratic elections, and promote the Syrian people’s trust in the government. Big thanks to the Russian Federation!”

Ms. Kreidi was supported by the National Conference party General Secretary Ilyan Mansad. His party is in favor of a unitary secular state.

“We are the only organization supporting a unitary secular state. We organized the Front for Change and Liberation. Our organization consists of 15 parties. We believe that the new constitution can protect the Syrian people’s rights, and we can begin reforms with the constitution.”

“Whoever sees one solution to any problem is wise and reasonable”, concluded Sheikh Salih al-Harib, form the As-Salikhin mosque in Elda, Damascus Province. His people control Beit Sakhim. He will undertake measures to solve that problem. Therefore our idea for dealing with this crisis is reconciliation.

Even though we are not politicians, we understand that the political process, whether in Geneva or Vienna, will be very important for Syrians. It’s crucial that we understand the need to find a place for negotiations and ways to end the crisis. First of all, we know that Russia plays a big role in the SAR, since it is the initiator of the ceasefire. Secondly, it is the intermediary between all the parties to the conflict in order to find a solution.

The meeting was attended by other opposition representatives of the clergy who favor a peaceful resolution. Sheikh Anas al-Tayal is the imam of Al-Quiarim mosque, a moderate oppositionist controlling Baila in Damascus Province. His group together with al-Harib’s men expelled al-Nusra forces from their regions.

There is a phrase in the Q’uran: peace is better than war, therefore we are adhering to that principle and are decided to reconcile. We are not saying it’s a reconciliation among Muslims. It’s reconciliation among all people. The most important prophet–and you know of whom I’m speaking–said:

“If you will reconcile people, all will be well. And peace is at the root of that. War does not lead to anything good.”

The participants, who represented about 10 various movements and groups, agreed on the need to create an initiative group to craft the new constitution for Syria. Which would then be subject to a general discussion. There are still many disagreements with Damascus, however, they are in agreement on the most important: the need to preserve Syria’s integrity and sovereignty as a secular state.