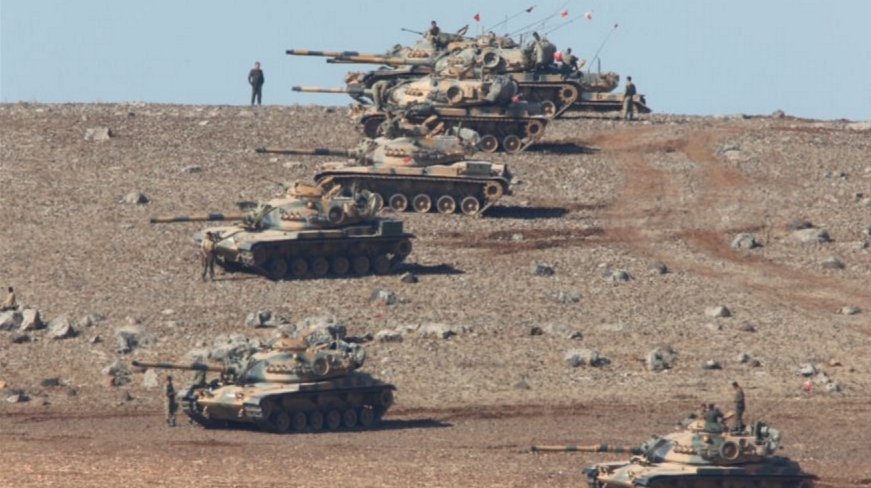 KHMEIMIN /Latakia, Syria/, March 6. /TASS/. Several armed groups of Islamic State militants have been concentrated in Turkey. The militants are planning to attack a Syrian settlement populated by Kurds, chief of Russia’s Center for Ceasefire in Syria, Lieutenant-General Sergei Kuralenko said on Sunday.

“Several Islamic State armed groups have reportedly been concentrated near the settlement of Nusaybin in Turkey. According to our data, the terrorists are planning to attack the settlement of al-Qamishli in Syria populated by Syrian Kurds,” he said.

According to the Russian center for the reconciliation of the warring parties in Syria, terrorists continue attempts to frustrate the peace process in Syria by means of opening provocative fire at Turkey to make it deploy its troops in Syria.

“On March 6, 2016, Jabhat al-Nusra militants several times opened mortar fire at the Turkish territory near the settlement of Metishli. The militants’ actions were aimed to provoke retaliation fire for the Turkish military and their deployment in Syria, which will inevitably frustrate the peace process,” Kuralenko said.

He also noted that militants of the Jund al-Malihash group blocked traffic between the settlements of Nahteh and al-Hirak in the Syrian province of Daraa. “They stop cars with civilians and threaten them with violence over their refusal to take part in combat operations,” he said. Apart from that, according to Kuralenko, terrorists filmed a fake clash between two armed groups in the vicinity of the settlement of Narb-Nafsa in the province of Hama. The film might be used “to accuse the Syrian army of ceasefire violation,” he said.

A ceasefire regime brokered by Russia and the United States on February 22 officially came into effect in Syria at midnight Damascus time on February 27. This does not cover terrorist groups such as Islamic State and Jabhat al-Nusra, both outlawed in Russia, and other groups recognized as terrorist by the United Nations Security Council.