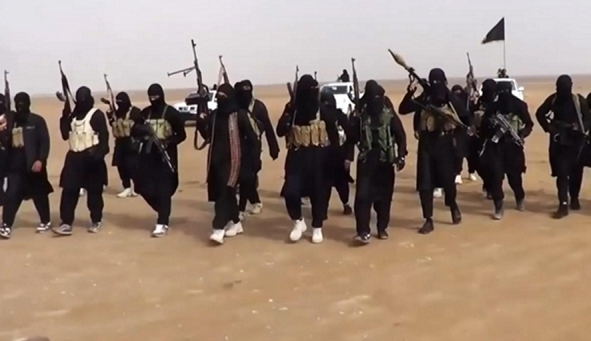 TEHRAN (FNA)- A Jordanian political analyst disclosed that the ISIL is planning to shift from Syria to Jordan in a bid to make up for its defeats in that country, and said that the Ankara and Riyadh governments are behind such plots.

“Arresting tens of ISIL terrorists along the Syrian-Jordan border shows that the Takfiri terrorist group is sending its militants to Jordan,” Nahez Hatr told FNA on Sunday.

He said that the Saudi and Turkish spy agencies have orchestrated the ISIL terrorists’ relocation to Jordan.

In relevant remarks on Friday, a senior Jordanian politician warned that the Riyadh government is seeking to destabilize Jordan in a bid to help the Takfiri terrorist groups to achieve their goals.

“After its defeats in Syria, Saudi Arabia is trying to make Jordan an unstable and insecure country through supporting the Salafi and Takfiri currents,” Khaled Bani Hani told FNA.

He explained that after Saudi Arabia’s Wahhabi scenarios for Syria failed, Jordan’s Takfiri terrorists who were fighting against President Bashar Assad’s government in Syria asked to return to Jordan, but Amman vowed to try them in courts if they returned to Jordan.

Also in late January, Jordan’s political and military experts warned against the new wave of flow of terrorists into Jordan after the recent defeats of the terrorist groups across Syria.

“Tight security measures should be established along the borders between Jordan and Syria as terrorists are heading towards Jordan,” the Arabic-language al-Qad newspaper quoted Jordanian experts as saying.

The Jordanian military experts underlined the strategic importance of the Syrian army’s recent victories in Sheikh Meskeen, warning that hundreds of terrorists are escaping Syria’s bordering province of Dara’a to take shelter in Jordan.

Jordan has previously announced that anyone crossing the Syrian border into Jordan would be labeled and treated as a terrorist and not a refugee.