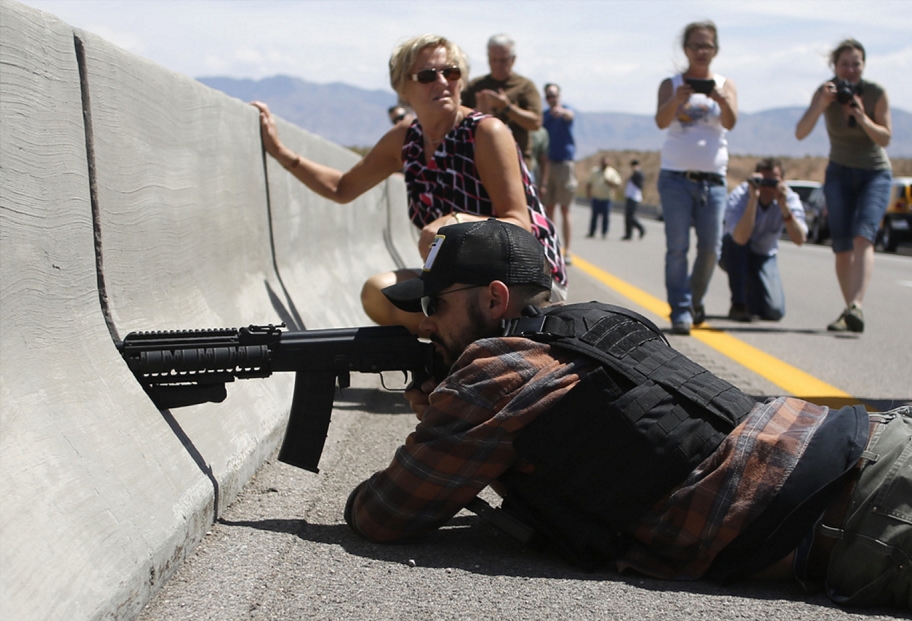 Eric “EJ” Parker trains his weapon on federal agents near the Bundy Ranch in Nevada
…by Jen Hayden
–
The Department of Justice and the FBI continue to rack up charges and arrests against the men and women who took part in the armed standoffs at the Bundy Ranch in Nevada in 2014 and at the Oregon standoff at the Malheur National Wildlife Refuge earlier this year.

The arrest reports started rolling in yesterday when the Bundy Ranch Facebook page began squawking that Dave Bundy, son of Cliven and brother of Ammon, had been arrested at the Bundy Ranch.

It was later reported that Mel Bundy, another of Cliven’s sons, who participated in both the Nevada and Oregon standoffs, had also been nabbed in the net of arrests. The feds were just getting started. Let’s take a look at who else they picked up for a likely long occupation of federal jail cells: 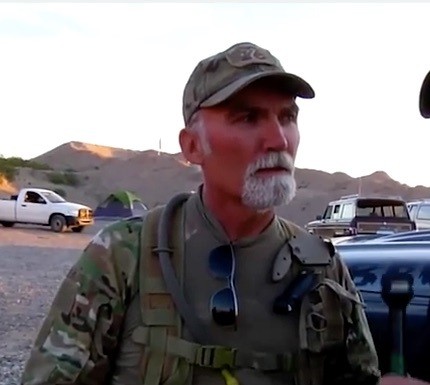 Jerry DeLemus is the co-chair of “Veterans for Trump.” He was also the self-described “commander of the base camp” at the heavily armed Bundy Ranch standoff 2014. He’s married to New Hampshire state representative Susan DeLemus.