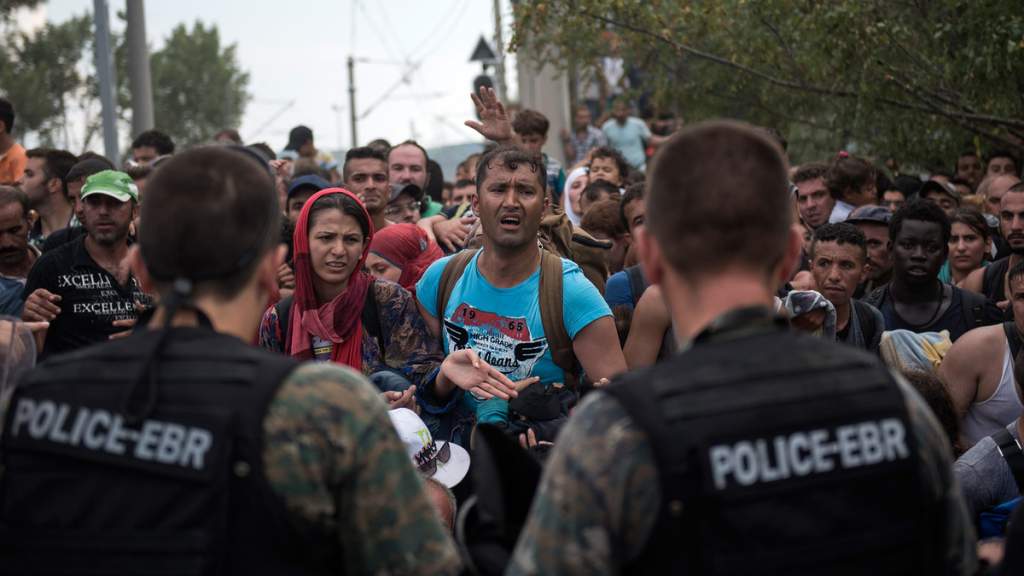 Skopje, Republic of Macedonia — The Greece-Macedonian border witnessed a lugubrious scenes of a large influx of Iraqi and Syrian asylum-seekers. Human Rights organizations cited reports of Police clashed with a group of 300 refugees trying to cross the border fence. The Police fired tear gas at crowds.

On the eve of EU-Turkey summit, hoping to reach a solution to the deteriorating refugee crisis, 13,000 migrants thronged at different Macedonian border areas living in poor sanitary conditions.

United Nations High Commissioner for Refugees (UNHCR) considered the current migrant crisis as an ‘awful tragedy’, as hundreds of children and women perish in their way to Europe’s heartland. According to EU officials in Brussels, only a meagre € 24 million is paid out of € 1.8 billion, initially promised by major European capitals to reprieve the worsening refugee crisis.

Anna Sabatova, a human rights activist, visiting a refugee camp in Czech Republic, lamented the living conditions of refugees which she regarded as “a life worse than that of prison” and “in direct contradiction of international laws”. In the same line, many sociologists believe the deteriorating refugee crisis might plunge Europe into an abyss of socio-economic ruin, xenophobia and racism.

The Guardian editorial blamed EU for the myriad cases of refugee deaths, criticizing EU’s handling of Syrian five-year crisis. The newspaper encouraged European politicians to seek the solution in a Syrian-Syrian peace talks in Damascus instead of futile meetings in Brussels.