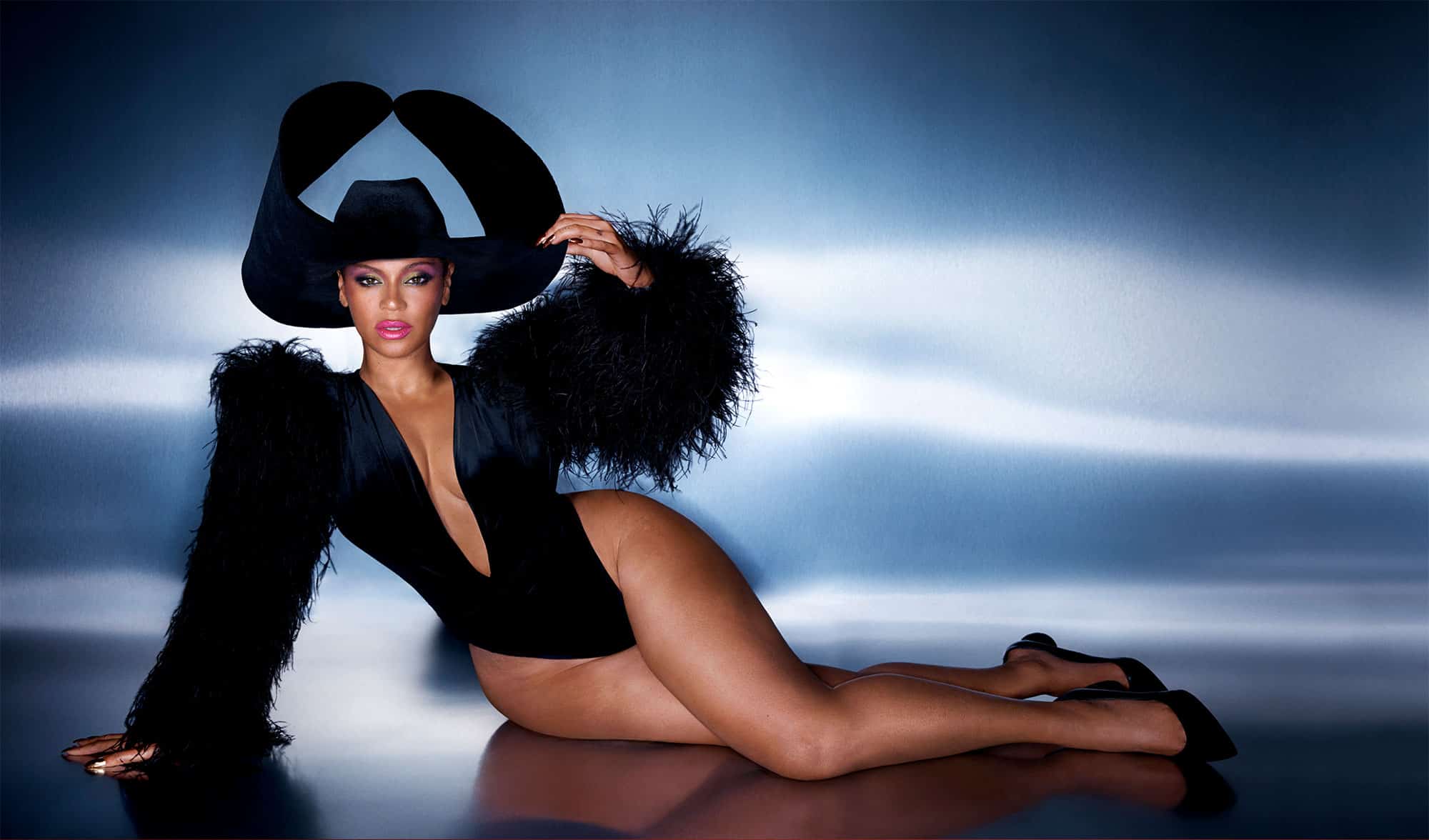 During the Super Bowl 50 halftime show, Beyonce, who has obviously become one of the most famous sex machines in our time, made several references to the Black Lives Matter movement and Malcolm X, a political act that obviously showed that Plato was right about the connection between degenerate music and “promiscuous cleverness.”[1]

Beyonce confused things, even more, when she declared that she “wanted people to have a love for themselves.”[4] Love? What love? Did the Black Panther Party teach love or violent revolution?

For people who have never heard of the Black Panther Party, it was funded by Jewish revolutionaries like Bert Schneider. The movement was politically fueled by another character who goes by the name of David Horowitz, who is now a flaming Jewish Neocon.

E. Michael Jones writes that Huey Newton, “one of the three founding members of the Black Panthers,” almost certainly got his revolutionary ideas “from the Jews he met at Merritt College,”[5] most specifically Robert Scheer.[6] Horowitz himself admitted that “the Panthers quoted Marx…”[7]

Who was Huey Newton? An admirer of Mao Zedong,[8] the Chinese dictator.

Some of the people who ended up influencing Newton-like Robert F. Williams—met with Mao in China. Mao himself was more than happy to ask “the people of the world to recognize the Black Liberation Struggle in the United States as part of the global struggle against imperialism.”[9]

When Newton and his revolutionary partner Seale “needed to raise money to purchase more guns for their Party,” they ended up following “Mao Zedong’s Little Red Book on the Berkeley campus…”[10]

Mao, as will be pointed out this year, was basically a student of Stalin. When the revolutionary dust got settled in China, it ended up exterminating at least 40 million people.[11] In other words, Mao ended up carrying on the work that Stalin was doing in the Soviet Union. Stalin, as has been pointed out by numerous scholarly studies, was responsible for the death of at least 60 million people.[12]

What we are seeing here is that the Bolshevik Revolution got spread in the Soviet Union, but that virus moved to China, liquidated millions, and then came back to America in the Black Panther Party.

Joshua Bloom and Waldo E. Martin tell us that Newton was strongly influenced by “Mao and the Chinese Revolution.”[13] Other scholars say the same thing, that people like Newton internalized the commands of Mao. The Panthers, we are told, “turned to the writings of Mao Zedong for their basic revolutionary lexicon.”[14] There is more:

“Aspiring members had to undergo a six-week training program, with three evenings every week devoted to Political Education class. They were given political instruction, most importantly from Mao’s Little Red Book, and they were instructed on the party’s chain of command.”[15]

Newton himself “often quoted Mao” as his model.[16] As already suggested, he internalized Mao’s Little Red Book, and that internalization got morphed into an “anticolonial struggle.”[17] Members of the Panthers were constantly trying to “interpret how Mao’s Little Red Book fit into the contemporary scene.”[18]

The common denominator between the Black Panther Party and Mao and even the Bolshevik Revolution was that they all took on subversive ideologies, which could logically be traced back to Jewish characteristics. Jones writes:

“The Jews were experienced revolutionaries who knew how to run organizations and raise money, or in the case of Bert Schneider, the Hollywood producer who bankrolled the Panthers, give it in large quantities as well. Jews were attracted to the Panthers, although ‘no one would publicly say so,’ because of their willingness to use violence to bring about revolution. Horowitz claims that ‘it was the Panthers’ violent image that provided their real attraction to the new Left [which obviously was largely Jewish].’”[20]

What we are saying here is that people like Schneider and Horowitz promoted the Black Panthers largely because they wanted to advance the Jewish revolutionary spirit and pass it on to rebels like Newton, who probably didn’t know he was being used like a puppet. As Horowitz himself admitted:

“For nearly two hundred years, Jews have played a disproportionate role as leaders of the modern revolutionary movements in Europe and the West. By carrying the revolution to its conclusion, socialists would usher in a millennium and fulfill the messianic prophecies of the pre-Enlightenment religions that modern ideas had discredited.

“Through this revolution, the lost unity of mankind would be restored, social harmony would be re-established, paradise regained. It would be a tikkun olam, a repair of the world.”[21]

This brings us back to a central point here. Whether Beyonce likes it or not, she is being used as a puppet. She and the Dreadful Few are in cahoots. That is one reason why she has been able to live in contradiction. Here is something to think about: Beyonce has agreed to perform in Israel. What’s wrong with that? Well, Plenty.

Israel does not have Black Lives Matter and has a history of grinding Ethiopians and Palestinians to dust. As we have shown in the past, racism and Israeli policies are two sides of the same coin. A new poll has shown that “48 percent of Israeli Jews want Arabs out of the country.”[22] Israel has segregated buses! Can you imagine the chaos that this policy would ensue in America? But get this:

“Fully one-third of Israelis say that unlawful, vigilante violence against non-Jewish African immigrants is fine with them.

“Equally, 86 percent of Israelis who voted for the right-wing Shas party and 66 percent of Likud voters agree with the statements of far-right Israeli politician Miri Regev that African immigrants, mostly from Sudan and Eritrea, are a “cancer” in the Israeli body politic…

“Israel is building refugee camps—let’s not use the loaded term ‘concentration camps’—for many of the estimated 55,000 Eritrean, Sudanese and other African refugees from civil wars and conflicts who’ve entered Israel, mostly undocumented, over the last decade or so.”

Again, this would be intolerable in America, but it is “morally” permissible in Israel. How has organized Jewry responded? Complete silence.

There is more to Israel than meets the eye and ear. Kristian Davis Bailey, a Detroit writer, and a Black Lives Matter proponent was detained in Israel and had nothing good to say about the situation there. His account is entitled: “Traveling While Black: I Was Racially Profiled and Locked Up in Israel.” Bailey wrote in part:

“I was subjected to a full strip search and placed under arrest. I entered Palestine in the backseat of a police van, handcuffed and shackled, and flanked on either side by Israelis with U.S.-made military-grade assault rifles.

“The police drove me 30 minutes from the Jordanian-Palestinian border to a station in Ma’ale Adumim—an Israeli settlement in the West Bank that is illegal under international law. Here, the police interrogated me before I could speak to the lawyer I had asked for, in contravention of Israeli law.

“They told me to sign multiple forms that were printed only in Hebrew, a language I cannot read or understand. The police then confiscated all of my electronics—phone, computer, camera, voice recorder, and hard drive.

“Two days after my release, I was summoned to the Ma’ale Adumim police station for a second interrogation.

“During a two-hour period, the two police officers questioning me spent no more than 10 minutes asking about the Captagon I was allegedly smuggling. For the rest of the time, they scrutinized photographs from my camera and phone.

“Based on these pictures they interrogated me about my prior travels in the region, the organizing I’d done in the U.S. and my attendance at a political rally for Rasmea Odeh headlined by Angela Davis.

“The police attempted to create a narrative that I supported Al Qaeda and ISIS and they called me a liar when I stated, unequivocally, that I did not.”

Afro-Palestinians from Chad, Nigeria, Sudan, and Senegal are

“trapped behind Israel’s separation walls in occupied East Jerusalem, the West Bank and the besieged Gaza Strip…their freedom of movement is subject to Israel’s military occupation and they are unable to enter Israel without rarely-issued permits – certainly not to attend Beyoncé’s performances in Tel Aviv.

“They have been subject to Israeli colonial violence since the establishment of the State of Israel in 1948, most recently the 2014 mega-assault on Gaza Israel termed “Operation Protective Edge” which killed more than 2,200 Palestinians including 551 children.”

Journalist Dan Cohen writes that “the approximately 40,000 African asylum-seekers fleeing political persecution and ethnic cleansing in Eritrea and Sudan currently inside Israel would not be able to attend” Beyonce’s concert. “Deemed ‘infiltrators’ by Israeli officials, 3,360 refugees are imprisoned in the Holot detention center – what President Reuven Rivlin called a “concentration camp.’”

“Last fall, when the high court ordered the Israeli Prison Service to release African refugees who had been imprisoned in Holot for more than twelve months, the Interior Ministry banned them from living or working in Tel Aviv and Eilat, effectively creating sundown towns.

“Culture Minister Miri Regev called them ‘cancer in the body (a statement 52% of Israelis agreed with) inciting mob violence in impoverished south Tel Aviv, where the Israeli government rounded them up and dumped them in a public park years before.”

So, who is Beyonce working for? Well, her music was produced by none other than Scott Spencer Storch, a member of the Dreadful Few. Storch, who is now completely broke and who has “developed notorious cocaine habit that landed him in rehab,” “used to party with Kim Kardashian, Paris Hilton, and Lindsay Lohan.”[23]

Beyonce, as it turns out, is a New World Order slut and prostitute. Aleister Crowley would have almost certainly been proud of her music videos. In fact, Beyonce and her husband have been caught following the teachings of the black magician.[24] As the Daily Mail itself puts it, people like Jay Z have been following a “Satanic sex cult.”[25]

This “Satanic sex cult” has ensnared so-called celebrities like Nicky Minaj, and Rihanna, among others. The sad part is that these people still haven’t realized that they are being used and reused. Once producers and the entertainment industry are done with them, they are going to be dumped like rotten meat. Sinead O’Connor found that out the hard way. Once again, to use the words of DMX:

“The industry wanted, dead or alive, new artists to sell their souls…to survive. The industry doesn’t give a fu$k about you! But the industry couldn’t make a dime without you!”