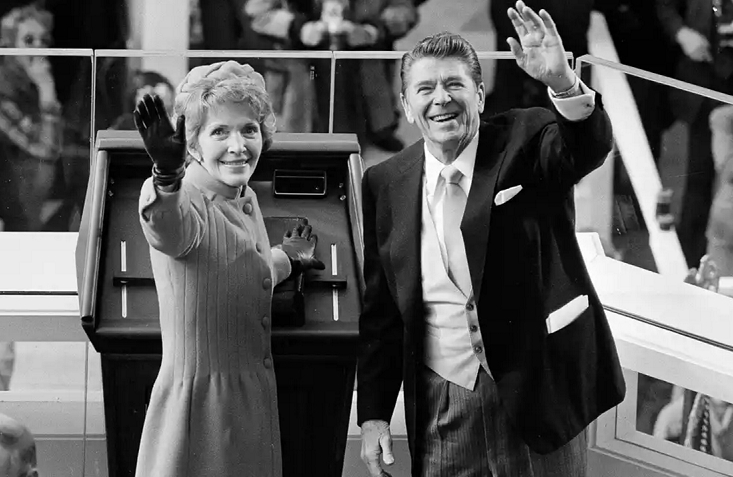 Between Nancy Reagan’s death and her funeral on Friday 11 March, the Sisters of Perpetual Indulgence reached out in their own wimpled way to share their pain, their anger and, occasionally, their sympathy.

The activists, in trademark Catholic drag, spent the Aids crisis fighting on behalf of infected friends and lovers – and for dying men they would never know. As much of the nation mourned the former first lady’s passing this week, their email anguish underscored the Reagan administration’s darker legacy.

Ronald Reagan, who died in 2004, was president for nearly five years before he said the word “Aids” in public, nearly seven years before he gave a speech on a health crisis that would go on to kill more than 650,000 Americans and stigmatize even more.

In recent months, published reports have revealed an administration thatlaughed at the scourge and its victims and a first lady who turned her back on Rock Hudson, a close friend, when he reached out to the White House for help as he was dying from an Aids-related illness.

“If there is a hell both Ronny and Nancy are Roasting,” wrote one Sister.

Nancy Reagan, who died at 94, will be laid to rest beside her husband on Friday at the Ronald Reagan Presidential Library in the Los Angeles suburb of Simi Valley. Michelle Obama, Laura and George W Bush, Hillary Clinton and Rosalynn Carter are scheduled to attend the 11am ceremony, along with a list of Hollywood bold-face names including Anjelica Huston, Katie Couric, Wayne Newton and Mr T.

But as the Los Angeles area grieves the death of its famous resident – a woman lauded for her support of stem cell research and Alzheimer’s sufferers – the San Francisco Bay Area still seethes with memories of a terrible time made worse by what many consider the first couple’s calculated coldness.