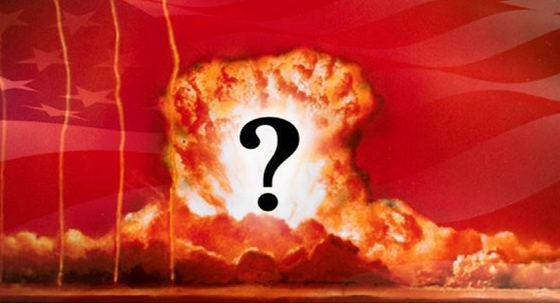 Passing new US-made air bombs into service will lower the threshold for the use of nuclear weapons, director of the department for non-proliferation and control of arms at the Russian Foreign Ministry, Mikhail Ulyanov, told the Kommersant newspaper.

According to the Russian diplomat, US officials regularly point out that the new higher accuracy version of the B61 bomb, will be less destructive.

Ulyanov said that the modernization of the American bomb raises “serious doubts” as the bombs have been moved from the category of deterrent weapons to combat weapons.

“In fact, the state of affairs is not that rosy. The analysis of the performance of the new bombs suggests that their passing into service may significantly lower the threshold of using nuclear weapons. Such weapons potentially become a weapon of the battlefield as it was during the Cold War,” RIA Novosti quoted Ulyanov as saying.

“In the military sphere, as a rule, every action is a reaction. I am sure that Russia will show adequate response to passing the new American bombs into service, and the parameters of this response will be determined on the basis of all circumstances,” said the diplomat.

In accordance with the updated nuclear doctrine of 2010, the US modernizes its nuclear bombs in Europe, Ulyanov said. The Americans plan to build version V61-12 based on four existing variants of the B61 bomb. The new product will have improved accuracy and would be suitable for the use at both strategic and tactical aircraft. The new bomb are to enter service in 2020.

According to the Russian Foreign Ministry representative, the US is trying to create an impression that “there is nothing extraordinary about this.” In mid-February, at the OSCE meeting in Vienna, US Assistant Secretary of State Rose Gottemoeller reiterated the “pacifying” arguments that had been previously expressed in interviews with Russian media. According to Gottemoeller, the modernization of US tactical nuclear weapons in Europe will allow the United States reduce the total number of nuclear bombs in Europe. She also noted that the new bombs will be less destructive on account of their increased accuracy.