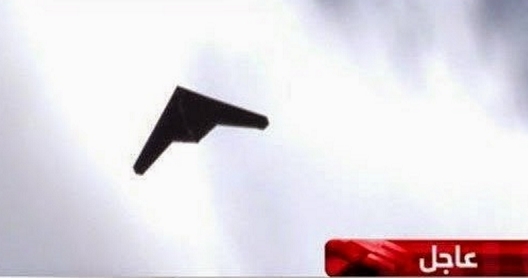 The Iranian version of the RQ-170 drone was manufactured through reverse engineering of the US drone, which was tracked and hunted down in Iran late in 2011, and has been equipped by the IRGC with bombing capability. “Simorgh” is an Iranian benevolent, mythical flying creature.

In an interview with the state TV, Hajizadeh said the IRGC named its version of the US drone RQ-170 – that was downed and remanufactured through reverse engineering four years ago.

The manufacture of the Iranian drone based on the US RQ-170 spying drone, which was captured in 2011 by the IRGC Aerospace Force was a major blow to the US government.

Back in October 2013, Hajizadeh said Iran moved as much as 35 years ahead in building drone engines by reverse engineering of the US drone, FNA reports.

The RQ-170 engines are the fifth generation and the engines of Iranian unmanned planes are the third generation, Hajizadeh said.

Iran has downed many other US drones as well, and they have always started reproducing them immediately after conducting reverse engineering.

At that time Commander of the Islamic Revolution Guards Corps (IRGC) Aerospace Force Brigadier General Amir Ali Hajizadeh announced that the Iranian version of the RQ-170 drone with the capability of conducting bombing and reconnaissance missions has had its first flight after tests.