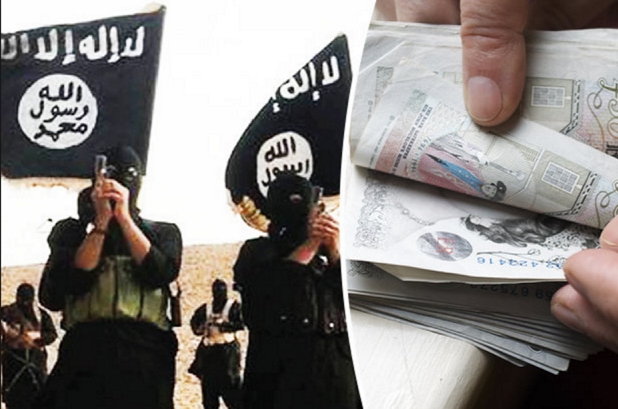 The story below is a childish fiction.  Turkey gives nothing, certainly not to real Kurds who they are wiping out in military action inside Turkey, Iraq and Syria and who they someday hope to attack inside Iran as well.

Kurdistan isn’t a country, it is a region of Iraq.  It owns no oil, but for years the Kurds in Erbil have been selling other peoples oil and then failing to deliver.

Now that they are partnering with ISIS, they are finally delivering oil and getting paid by Turkey and ISIS.  Half of the money below is their commission from ISIS.

The Kurdistan Region has received $200 million from Turkey as an emergency fund to help it deal with the shortfall in its budget brought on by damage to its pipeline from Kirkuk to Ceyhan.

“An emergency aid transfer has been sent to the KRG [Kurdistan Regional Government] this week. The pipeline was pumping 600,000 per day and the halt has deprived the KRG of an important source of revenue,” a source in the industry told Reuters on Friday.

Turkey blamed the bombing of the pipeline on the Kurdistan Workers Party (PKK) and said on Thursday that its recent military operation against the group in the town of Idil in Sirnak province has enabled it to secure the pipeline. They consequently believe that it will take at least another week to repair it.

Erbil currently depends heavily on oil revenues to fund its enormous public sector work force. However the bombing of the pipeline in southeastern Turkey’s Kurdish-majority region, which is again mired in violence, saw the export of oil come to a standstill.

Indeed this outage has left the KRG with a mere $233 million for the month of February. This is less than one-third what is needed to cover its public sector expenses.

This adds to the woes of the region which has had to deal with the worldwide fall in the price of oil, the war against Islamic State and the influx of internal refugees seeking sanctuary and shelter.