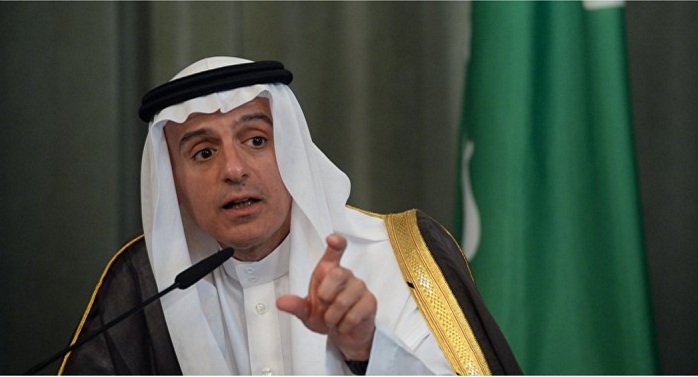 The government also urged Saudi citizens to leave Lebanon. What is more, the kingdom is considering new measures which would be even stricter, including the withdrawal of billions from Lebanese banks and the suspension of flights between Riyadh and Beirut.

But the most serious hit for Lebanon would be the expulsion of 300,000 of its workers from Saudi Arabia which annually send home $4.7 billion. A real catastrophe would occur if other members of the Gulf Cooperation Council (GCC) join the sanctions. Some 500,000 Lebanese citizens work in the regions, sending home nearly $7.5 billion a year.

These unprecedented measures may ruin the Lebanese economy which heavily relies on cooperation with Gulf oil monarchies. Furthermore, Gulf states are the main market for Lebanese-produced farming products (up to 75 percent). Any restrictive moves would deal a heavy blow to the Lebanese agricultural industry.

But even without sanctions, the situation in Lebanon is difficult. Over the past years, the country accepted over one million Syrian refugees who have shattered its economic and political stability. At the same time, Saudi Arabia and other country members of the GCC, including Bahrein, Qatar, the UAE, Kuwait and Oman have declared the Lebanon-based Shia Hezbollah movement a “terrorist organization.” The move is historic since it proves that for Saudi Arabia and its regional allies it is highly important to counter Iran and the Shia movement rather than its traditional rival – Israel.

Hezbollah leader Hassan Nasrallah said Riyadh is cooperating with Israel and trying to spark hostility between Shiites and Sunnis. In turn, Iran accused the GCC of fueling hatred and hypocrisy.

By labeling Hezbollah as a terrorist organization, Riyadh and its partners ignore the fact that Saudi Arabia has long supported terrorists, including al-Qaeda and Daesh. Tehran underscored that while losing wars in Yemen and Syria the Saudi government wants to provoke an ethno-religious conflict in Lebanon.

The Lebanese political elites were confused with the Saudi’s unfriendly move. The government sent a letter to Riyadh, urging them to remove the sanctions to restore normal ties between the two countries.

Moreover, sanctions came right after pro-Saudi leader of Lebanese Sunnis, Saad Hariri, the son of assassinated Prime Minister Rafik Hariri, returned home. Instead of supporting its protégé, Saudi Arabia let him down.The current ethno-confessional balance in Lebanon is extremely fragile, including representatives of Shiites, Sunnis, Maronite Christians and Druses in the government. However, amid the Syrian crisis, the Lebanese government gets paralyzed due to the growing hostility between political and sectarian groups.

There are several possible reasons why Riyadh has launched its campaign against Lebanon, historian and expert on the Middle East Dmitry Dobrov wrote in his article. Probably, the decision was made after Lebanon refused to support an anti-Iranian resolution at the January meeting of the League of Arab Nations in Cairo.

However, it is very likely that the main reason behind the sanctions is Hezbollah’s active engagement in Syria on the side of the Syrian government. Riyadh has accused the Lebanese government of not countering Hezbollah and Shia radicals who attacked Saudi embassies and consulates after prominent Shia cleric Nimr al-Nimr was executed in Saudi Arabia.

The straw that broke the camel’s back for the Saudis was the recent TV speech by Hassan Nasrallah who accused Riyadh of war crimes in Syria and Yemen, including mass killings of civilians. Many commentators agree that the Saudi sanctions against Lebanon are a mistake because they are pushing Lebanon under Iran’s influence and strengthening Hezbollah’s positions.

Lebanese politician Walid Jumblatt, leader of the Druze Progressive Socialist Party, said it would be “very naïve” to expect Hezbollah to withdraw its forces from Syria. The analyst also noted that the recent Saudi moves are part of its hostile foreign policy carried out by Defense Minister Mohammed bin Salman, the son of King Salman. Currently, he is the person who dictates Riyadh’s policy. While previously Saudi Arabia used to make rational and balanced decisions, now the situation has dramatically changed. The new political course became evident when al-Nimr was executed. The move sparked acute tensions between Riyadh and Tehran.

All of the above are signals of panic among the Saudi political elite. And the more panic that grows the more aggressively Riyadh will act. The Saudis realize that now Tehran has influence on political processes in Baghdad, Damascus, Beirut and Sanaa, so they want to destabilize Lebanon as the “weakest link in the chain,” the article read.

Riyadh is confused over the final nuclear agreement between Iran and the West, successes of the Russian military campaign in Syria and the Shia revival across the Arab world. Thus, the Saudi sanctions against Lebanon can be viewed as an attempt to damage Iran’s positions.

Finally, there are simple economic reasons behind the sanctions. The slump in global oil prices has badly hit Saudi Arabia which over the last decade profited on the high crude prices. This year, its budget deficit is expected to reach nearly $100 billion. The Saudis had to suspend some of their ambitious foreign aid projects and are withdrawing money from foreign investment funds.