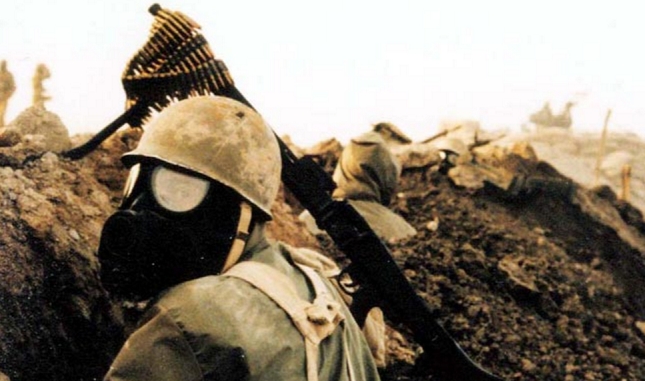 A three-year-old girl has been killed and 600 more people injured after Islamic State militants reportedly carried out two chemical attacks in northern Iraq, local authorities say. The Iraqi government vows that the attackers will pay for the atrocity.

The attacks, which forced hundreds to flee for safety, took place in the city of Kirkuk and the village Taza, according to an AP report citing Iraqi officials.

“What the Daesh [Arabic derogatory term for IS] terrorist gangs did in the city of Taza will not go unpunished. The perpetrators will pay dearly,” Iraqi Prime Minister Haider al-Abadi said.

Hundreds of wounded are now suffering from chemical burns, suffocation, and dehydration, according to Helmi Hamdi, a Taza-based nurse, who added that eight people had even had to be sent to Baghdad for treatment.

“There is fear and panic among the women and children. They’re calling for the central government to save them,” Adel Hussein, a local official in Taza, said.

Hussein confirmed that German and US forensics teams had arrived in the area to test for the presence of chemical agents.

Sameer Wais, father of three-year-old Fatima Wais, who was killed in the attack, fights for the local Shiite forces. After learning of the tragedy, he ran home and took his daughter to a clinic and then a hospital in Kirkuk.

The girl seemed better the next day, and the family took her home. However, things took a terrible turn in the evening.

“By midnight she started to get worse. Her face puffed up and her eyes bulged. Then she turned black and pieces of her skin started to come off,” Sameer said, as cited by AP.

The girl died early in the morning. Hundreds of people reportedly attended Fatima’s funeral, some showing their discontent with the government and calling on authorities to protect the population from IS attacks.

Fatima’s father said that he was returning to the frontline as soon as possible.

“Now I will fight Daesh more than before, for Fatima.”

Last month, US special forces reportedly detained the head of an IS unit that attempted to develop chemical weapons. The US-led coalition also reportedly began conducting airstrikes and raids on chemical weapons infrastructure two months ago.

The chemicals used by IS so far include chlorine and a low-grade sulfur mustard.

On Friday, when asked how big of a hazard such substances present, US Army Colonel Steve Warren told journalists, “It’s a legitimate threat. It’s not a high threat. We’re not, frankly, losing too much sleep over it.”

The latest attacks come just a few days since Taza was shelled with “poisonous substances,” after which dozens suffered from choking and skin irritation.

Iraq isn’t the only country that Islamic State has attacked with chemical weapons recently. Syrian Kurdish fighters came under a chemical attack by jihadists on Tuesday.

Last month, some 30 Kurdish militia members were injured in a mortar attack that supposedly involved shells armed with chlorine.

Hundreds of people have blocked Iraq’s main highway, demanding retaliation strikes against a town which Islamic State extremists launched a chemical attack from on Wednesday.

“We demand Iraqi air force strikes on Bashir,” chanted the crowd that blocked the road between the Iraqi capital of Baghdad and the city of Kirkuk, referring to the village which the militants launched their chemical attack from.

Most protesters came from the village of Taza, which came under Islamic State (IS, former ISIS/ISIL) shelling on Wednesday, during which the jihadists used “poisonous substances.” About 200 people were injured in the shelling and 17 Taza residents remain in hospital, according to the head of the Iraqi Kirkuk health directorate, Burhan Abdallah.

“Most of them have been discharged. Only 17 are still in care. One of them is a child in serious condition. They suffer from respiratory problems, burns and rashes,” he said, as quoted by AFP.

Protesters blocking the road were also carrying a banner that read“30,000 people in Taza are under daily shelling and the government is silent.”

Some local officials claim that the “poisonous substances” used by terrorists could be chlorine, although they stressed that the samples of those materials are still being analyzed.

“The gas was a light silver color and sometimes left some liquid where it landed,” one senior security official told AFP on condition of anonymity, adding that “a specialized unit took some samples that are being analyzed.”

Taza mayor Hussein Abbas said that the village was shelled by about 45 missiles over three hours on Wednesday.

A local resident told RT that some of the missiles that hit Taza village were presumably equipped with chlorine, while others were loaded with some other kinds of chemical materials. The villagers had to leave their homes and were quickly evacuated to safe areas, he said, adding that local residents are asking the Iraqi government for help and demanding that measures be taken to liberate the Bashir area as soon as possible.

A local doctor also told RT that IS militants had shelled Taza with Katyusha rockets filled with chlorine and other poisonous substances, noting that many people had been injured in the attack, some of whom were suffering from eye lesions and allergic reactions.

Bashir, a majority Shiite Turkmen village just south of Taza, has been under IS control since 2014. It was captured shortly after IS took control of Mosul and Tikrit.

Most of the area in which the villages of Bashir and Taza are located is officially ruled by the Iraqi federal administration, but is de facto controlled by Iraqi Kurdish forces.
The governor of Kirkuk, Najm al-Din Karim, stated that regaining Bashir from Islamic State would require joint actions of all anti-IS forces.

“The issue of Bashir’s liberation needs a decision that should be made by [the Iraqi] Prime Minister [Haider al-Abadi], coalition forces and the brothers of the Kurdistan Regional Government,” he said.

IS shelling of Taza on Wednesday came just a day after the Syrian Kurdish militia YPG claimed that Islamist opposition fighters used yellow phosphorous in a chemical attack on the Sheikh Maqsood neighbourhood, located near the city of Aleppo in neighboring Syria.

On Wednesday, it was revealed that in a February raid the US captured the head of the Islamic State chemical weapons division, identified as Sleiman Daoud al-Afari, who earlier worked for Saddam Hussein, the AP reported.

Under interrogation, he reportedly acknowledged that IS had weaponized sulfur mustard and loaded it into artillery shells. Pentagon spokesman Navy Capt. Jeff Davis said the sulfur mustard used in a powder form in projectiles creates a dust cloud that “can primarily aggravate but in large doses can absolutely kill” when detonated.

Last month, the Organization for the Prohibition of Chemical Weapons (OPCW) said that IS militants attacked Kurdish forces in Iraq with mustard gas in 2015, citing lab tests that came back positive for the substance.

Last October, the OPSW also stated that the militants used mustard gas in neighboring Syria in 2015. Experts believe the mustard gas used in Syria originated from an undeclared chemical stockpile, or that militants have gained the basic knowledge to develop and conduct a crude chemical attack with rockets or mortars.