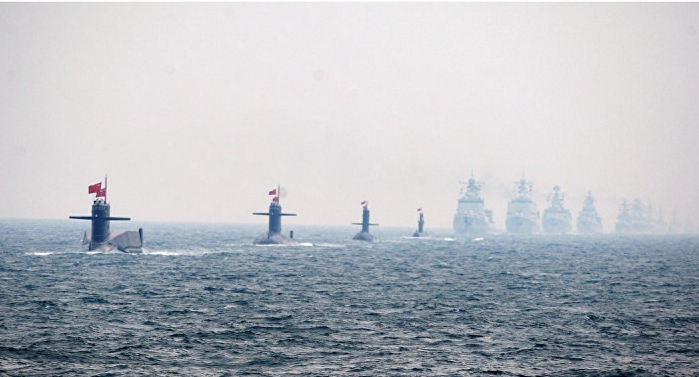 China is mulling an expansion of its overseas military bases beyond Djibouti, Foreign Minister Wang Yi hinted at a press conference during the National People’s Congress.

“We are willing to, in accordance with objective needs, responding to the wishes of host nations and in regions where China’s interests are concentrated, try out the construction of some infrastructure facilities and support abilities,” Wang was quoted as saying by Reuters.

“I believe that this is not only fair and reasonable but also accords with international practice,” he added.

His remarks came shortly after China began construction of its first overseas military base, located in Obock, Djibouti.

The site is within strategic proximity to piracy hot spots in the Gulf of Aden and the Arabian Sea. However, Beijing is very careful with its language, preferring to describe its bases as “support facilities” or “logistic facilities.”

Beijing has clarified that the base in Djibouti will be used to enable its navy to support anti-piracy efforts and other activities, including humanitarian assistance and disaster relief operations.Wang’s comment suggest that the Djibouti facility will be the first among similar bases, likely around the Indian Ocean, where China has several partner states, according to an article in The Diplomat.

The foreign minister made clear that Beijing will set up these facilities in response to the “wishes of host nations.”

“What’s striking about the Djibouti facility is the relatively quick turnaround from conception to construction,” the author wrote.

“Assuming that Beijing is able to recreate this turnaround rate with other partner states in and around the Indian Ocean, we could see similar facilities crop up across the region,” the author noted.

According to the article, possible candidates for Chinese expansion include Pakistan, Myanmar, Sri Lanka, the Maldives, and the Seychelles. Each of these countries has its own political and diplomatic considerations to undertake before making an offer to China.

“With the establishment of its first overseas military facility in Djibouti, China has opened a door that long remained closed. With its foreign minister now openly discussing the possibility of future ‘host nations’ in the plural, it shouldn’t come as a surprise when China announces plans for similar facilities,” according to the article.