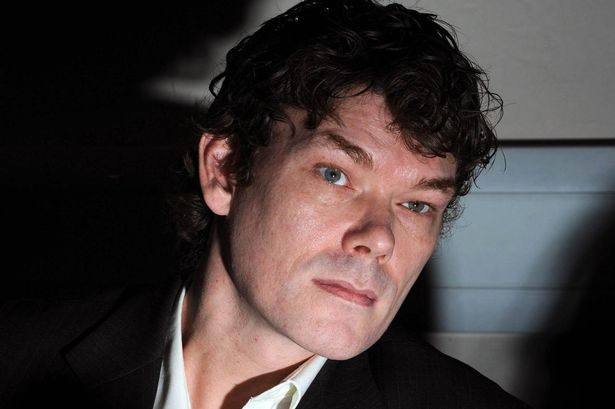 The IT genius, who has Asperger’s, broke into 97 Pentagon and NASA computers – stealing passwords, deleting files and shutting down networks

Activist group Anonymous has named a British computer whiz as the most dangerous hacker of all time.

IT whizz Gary McKinnon, who has Asperger’s, broke into 97 Pentagon and NASA computers – stealing passwords, deleting files and shutting down networks on military bases. He later accused America of hiding a fleet of warships in space, reports the Daily Record.

And Anonymous labelled McKinnon the best-ever “black hat” hacker – the term used to describe those who indulge in malicious or illegal activity.

The group, who have released a top 10 of the best-ever hackers, wrote: “Although sufferers of Asperger’s tend to have difficulty in social situations, they have usually proven to be outright geniuses in one particular subject.

“For Gary? It is computers.

“In 2002 he made a strange message appear on US army computer screens.

“It read: ‘Your security system is crap, I am Solo. I will continue to disrupt at the highest levels.’”

Glasgow-born McKinnon, 49, claims there are eight to 10 American ships in orbit manned by a 25-strong crew dubbed “non-terrestrial officers”.

He said the craft are named USS – like the Enterprise from Star Trek.

He faced trial in the US and up to 70 years in jail if convicted but Home Secretary Theresa May blocked his extradition under human rights laws amid fears he’d kill himself.

McKinnon has been accused of executing the largest hack of US government computer networks in history.

The systems involved were army, navy, air force and Nasa.

When all was investigated, Gary faced charges for illegally accessing 97 US government computers causing a total of over £500,000 in damage.

At 16, James was the first juvenile imprisoned in the USA for cyber crime.

With an amazing talent for hacking, he successfully broke into high security systems such as Nasa and the department of defence aged just 15 and stole more than £1.1million of software.

He also hacked into the Defence Threat Reduction Agency and intercepted more than 3000 internal messages while collecting usernames and passwords.

The acclaimed “jailbreak artist”. Hotz will forever be connected with the April 2011 PlayStation breach.

Being one of the first hackers to ever “jailbreak” the PlayStation 3 – breaking through parameters and limitations of the machine established by the manufacturer – was bad enough.

But releasing his breaking methods to the general public just made his world a total mess.

The “homeless hacker”. This gentleman used everything from libraries to coffee shops to avoid getting caught.

Breaking into high-profile networks such as The New York Times, Microsoft, Yahoo and MCI Worldcom was his claim to fame.

We owe our thanks to Smith for creating and distributing the infamous “Melissa” virus.

Remember her? Although Smith claims that the virus was never meant to do harm, it overloaded systems and servers around the world.

In February of 2000, Calce launched attacks against large commercial websites including Yahoo, Amazon, Dell, eBay and CNN. Caught and convicted in Montreal’s youth court, he was sentenced to eight months in an open custody programme with one year of probation and restricted internet use.

On November 2, 1988, Morris released a “worm” that took down 10 per cent of the internet, crippling 6000 computer systems. Doesn’t seem like much but, remember, this is 1988 when Atari was the “go-to” gaming system. But his downfall was that he had been talking about his “worm” for months before releasing it.

Levin succeeded in transferring £6.7million from the accounts of Citibank clients into his own personal accounts. Only £270,000 of the cash was recovered.

Accused of the biggest ATM and credit card theft in history. Between 2005 and 2007, Gonzales and his group had allegedly sold more than 170million credit and ATM card numbers.

Branded the “Hannibal Lecter of computer crime” in the 80s by Los Angeles police for hacking the telephone lines of radio station KIIS-FM to secure himself as the 102nd caller to win a new Porsche 944. Poulsen was caught by the FBI in 1991 and pled guilty to counts of mail, wire and computer fraud and also exposing info on a covert business run by the FBI. He was given 51 months in prison (then the longest sentence ever given for hacking).

Among others on the list was Kevin Poulsen, known as the “Hannibal Lecter of computer crime”, who exposed more than 740 sex offenders.