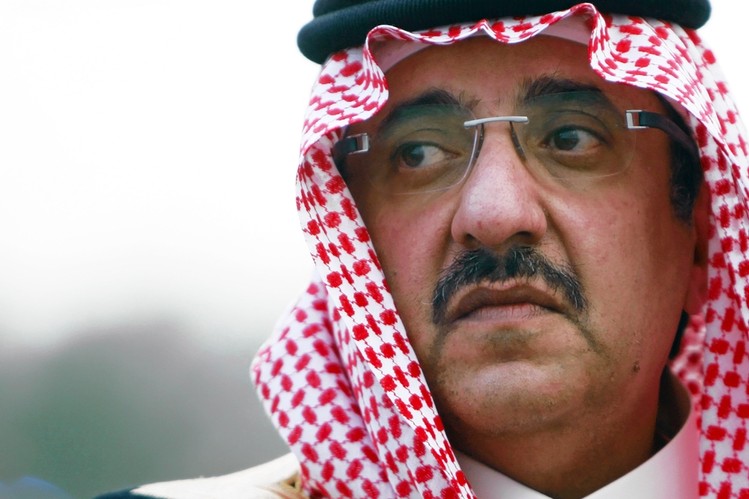 According to exposé, Muhammad bin Nayef —the Crown Prince, First Deputy Prime Minister and the Minister of Interior—, beseeched the Élysée to award him with la Légion d’honneur, the highest order of decoration in France. In the aftermath of this parody of admiring a despot, the Human Rights organizations lampooned the French administration for paying homage to a tyrant who killed tens of thousands of civilians in Iraq, Syria and Yemen.
In the purported e-mails, The French officials assured the Saudi regime that Paris will use its consummate diplomatic skills to polish up Riyadh’s disgraceful international reputation as a totalitarian dictatorship. The Saudi regime also sought to brandish its military might by staging a war-game —dubbed ‘Northern Thunder’ to whitewash its abject political and military failures in the Middle-East —with the participation of small number of allied Arab kingdoms.

As the Syrian peace talks herald a hopeful future to end Syria’s five-year crisis, Saudi regime is dreading to see its regional power being curtailed. Despite the Riyadh inflammatory rhetoric saying Saudi soldiers shall put foot on Syrian soil to thwart the ultimate defeat of Saudi-baked al Qaeda rebels; the Saudi war-mongering pandemonium was ridiculed and soon vanished into thin air.

Due to serious threats targeting they very heart of Saudi regime’s foundations and breaking the international isolation, the Saudi Arabia precipitated a series of foolish adventures, e.g. labelling Lebanon’s Hezbollah a terrorist organization and severing diplomatic ties with Iran.

Meanwhile, the American President Barack Obama interestingly admonished the U.S. ally Saudi Arabia for its hazardous actions and said Riyadh must learn how to interact with Iran. The Turkish Premier Ahmet Davutoğlu recently visited Teheran where he delivered a Saudi message hoping for a Tehran-Riyadh rapprochement.

The Middle-East experts prognosticate Riyadh amid its disoriented political vision will expand its already strong military and intelligence ties with Israel to fight Lebanese and Palestinian resistance parties or in the worst scenarios occupy parts of neighboring Iraq.