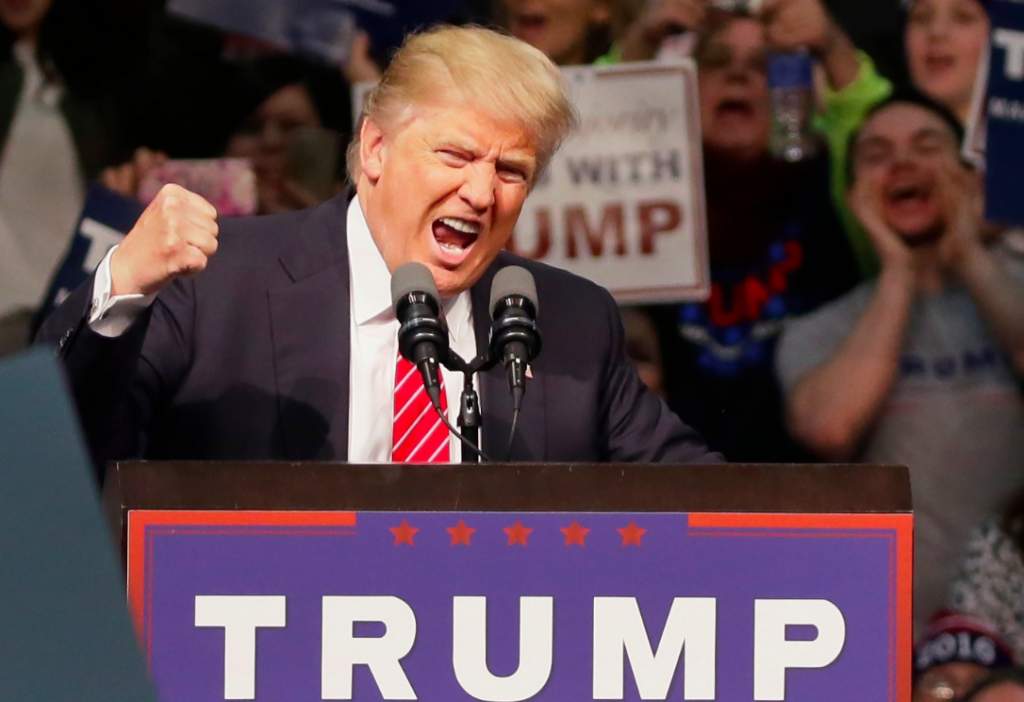 Donald Trump is right — his constitutional right to free speech under the First Amendment were violated; and no one has the right to disrupt or prevent him from sharing his message. I say this as Sanders’ supporter. It is up to the local authorities to intervene when they see that his speech contains fighting words, or incitement that leads to lawlessness. Demagoguery is free speech.

Free speech and the rights to free speech are enshrined in the US Constitution (First Amendment) and the Supreme Court put lots of restrictions on governments from abridging that right.

However Free Speech under our Constitution is NOT free. It is limited and has many exceptions and these exceptions came about over time and all depends on the type of speech, under what contexts? These exceptions made such rights a limited one.

1. Incitement: Brandenburg v. Ohio (1969) or the advocacy of the use of force and such speech is “unprotected speech” since it creates imminent lawlessness and a reaction equally forceful.

2. False Statements: Gertz v. Robert Welch, Inc, (1974) where the Supreme Court ruled “No constitutional value in false statements of facts” ruling that libel, slander are punishable offenses. However in New York Times v. Sullivan (1964) the court ruled, “some completely false statement could be entirely free from punishment- lies about government may protect completely”.

3. Obscenity: Miller v. California (1973) ruling that “speech is unprotected if (1) the average person applying community standards would find that the subject, taken as a whole appeals to the prurient interests.”(2) The work taken as a whole lacks serious literary, artistic, political or scientific value.

4. Child Pornography: here the courts takes a tough stand against child phonograph from Obscenity “if the speech falls and it is classified under child pornography and for sure not protected speech”.

Now to the case of Donald Trump. Did his speeches rise to the level of “fighting words” or offensive speech under the standards of Chaplinskey v New Hampshire (1942) where the Supreme Court ruled “speech is unprotected if it constitute “ fighting words”?

The Supreme Court went further in defining “speech” that “tends to incite an immediate breach of peace – by provoking a fight so long as it is personally abusive words, when addressed to the ordinary citizen, is, as matter of common knowledge inherently likely to produce a violent reaction.” And “speech is unprotected if it either intentionally, knowingly or recklessly inflict sever emotional distress” Of course almost all of Donald Trump speeches are incitement to action and fighting words. It is the local authorities that must decide on whether to allow him to proceed or not?

While most if not all people know about the famous “Speaker Corner” in London Hyde Park, here in America we are yet to designate certain areas as “Free Speech Zone” where speakers and audience can meet, listen and debate issues whether important or stupid but nevertheless enjoying the rights to a free speech in a “protected” area.

Of course the English Parliament certainly the British government never formalize the status of the “Speaker Corner” but allowed it, within the Park Regulation Act of 1872, ruling out any “statutory rights” to free speech.

Here in the US it was the brave Tom L. Johnson, mayor of Cleveland (1901-1909) who dedicated the Northwest quadrants of Public Square to free speech. Among universities only Elon University did designate an area on campus for “free speech” but limited to students.

What happened to Donald Trump and the disruption to his rally is a reminder that while it is true we have guaranteed freedom of speech but that freedom also has its limitations.

The fact that his statements engaged people in “fighting” mood is enough to fall under the exemption categories.

What we all need to do is to formally request from our towns and villages to formally designate an area in public park or in front of city hall as “Speaker Corner” where one or more can mount a pedestal and talk. They have the right to show their intelligence or their stupidity, and it will be lots of fun to go and listen on a Sunday.

All universities given the fear from Pro-Israeli lobbies such as Campus Watch and fear from financially powerful alumni made academic freedoms in the classroom almost non-existent, especially when it comes to Israel.

Since universities could not guarantee academic freedoms in the classroom, certainly they could guarantee it outside the classroom by designating an area near the “student commons” where only students can mount the pedestal and express and exercise their rights to freedom of speech without putting the university in danger of losing alumni funds as was the case with Columbia University and the University of Illinois. Freedom of speech as at “Speaker Corner” is also the place where Pro-Israeli students can exercise their freedom of speech without infringing on the academic freedoms in the classrooms.

A Speaker Corner is coming to the town and university near you. Why not go ahead and petition your city council of university to designate a “Speaker Corner” a place to listen, learn and have fun every Sunday?