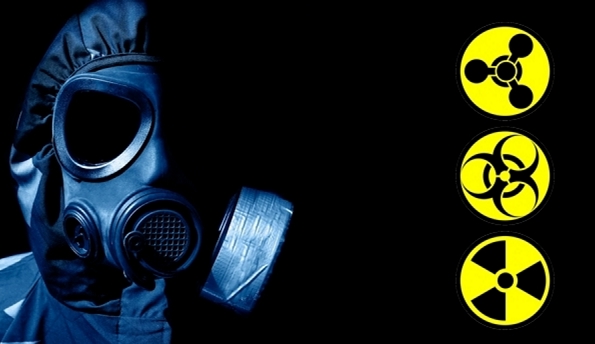 On Saturday, the ISIL terrorist group launched another chemical attack on Iraqi citizens Southwest of Kirkuk province, the third such attack in the last one week.

The Iranian medical delegation entered Kirkuk in the North of Iraq on Saturday and started medical examinations and conducted biopsy on victims on Sunday.

“The ISIL fired two Katyusha rockets containing chemical agents against the civilian population in Al-Bashir village near the city of Taza in Southwestern Kirkuk,” the Arabic-language media outlets quoted Spokesman of Iraqi volunteer forces (Hashd al-Shaabi) as saying on Saturday.

The ISIL terrorists who are stationed in Bashir region have hit Taza region with a large number of Katyusha rockets in the last few days.

Most of the residents of Taza city are Turkmen Shiites.

In a relevant development on March 9, the ISIL terrorist group fired about 100 mortar shells containing chemical agents, including chlorine gas, against the civilian population in the city of Taza in Southern Kirkuk.

They said that the residents of Diyala have been poisoned as a result of inhaling chlorine gas.

In a relevant development in mid-February, an Organization for the Prohibition of Chemical Weapons (OPCW) source disclosed that the ISIL militants had attacked Kurdish forces with mustard gas in 2015.

The source, speaking to Reuters on condition of anonymity, said the laboratory tests confirmed that chemical weapons had been used by ISIL fighters. The OPCW, however, has not officially identified who used the mustard gas.

The samples were taken after 35 Kurdish troops became ill on the battlefield last August while fighting ISIL militants southwest of Erbil, the capital of Iraq’s autonomous Kurdish region.

It represents the first known instance of chemical weapons use in Iraq since the fall of the country’s former dictator Saddam Hussein, the source said.

The revelation comes just three days after Central Intelligence (CIA) Director John Brennan stated that ISIL had used chemical weapons on the battlefield, stressing that the militant group may have more in its possession.

The OPCW also concluded in October that mustard gas had been used in neighboring Syria last year.

Experts believe the mustard gas used in Syria originated from an undeclared chemical stockpile, or that militants have gained the basic knowledge to develop and conduct a crude chemical attack with rockets or mortars.

The Syrian government gave up its own supply of chemical weapons – including stockpiles of mustard gas – under international supervision, after hundreds of civilians were killed with sarin nerve gas in a Damascus suburb in 2013.

Mustard gas is a Class 1 chemical agent, meaning it has very few uses outside of chemical warfare. It is known to destroy the eyes, skin, and respiratory tract.