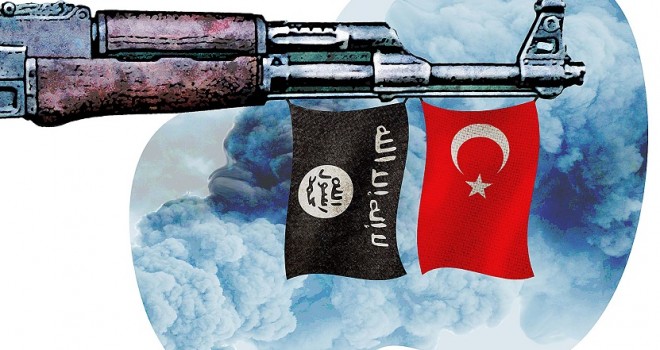 Ankara — A few hours ago, Turkish media disclosed that 150 Qatari-backed ISIS detainees will be released from Turkish prisons in a secret prisoner exchange under Qatari auspices.

According to the agreement brokered by Qatari regime, Turkish National Intelligence Organization, better known by its acronym MİT, has allegedly set free ISIS members and dispatched them —through al-Rai border crossing— to ISIS-held Syrian territories near the northern city of Aleppo.

Other 62 ISIS members, including several prominent field commanders, shall be released next week in the second phase of the agreement forged between Ankara and ISIS leadership.

In the mid-February, Ankara witnessed a horrendous suicide attack to a military convoy, killing 28 people mostly civilians. Although, in the aftermath of suicide attack, Turkish administration of Ahmet Davutoğlu rapidly pointed fingers at Kurdish secessionists; later investigations found ISIS sleeper cells culpable of the attack and shed light on ISIS plans to carry out further terrorist explosions in Istanbul, İzmir and Antalya.

According to the purported agreement, ISIS pledges to not attack Turkish cities any more, and Ankara in return will release more ISIS members and facilitate their transfer to the war-torn Syria.