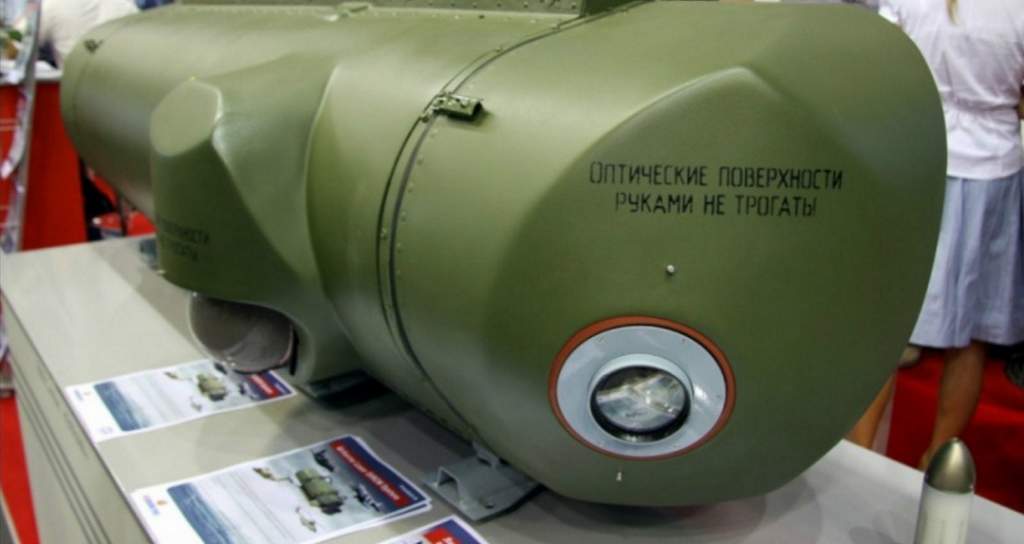 A Syrian Air Force MiG-21US went down near an airfield in Hama province on Saturday. Conflicting reports have emerged over whether the aircraft crashed due to a technical failure, or was downed by jihadist militants; Russian analysts are questioning whether the terrorists now possess anti-aircraft missiles, and whether Russian planes are safe.

That same day, a military source told Sputnik that a Syrian Air Force MiG-21US was downed by armed militants near a military airfield in western Hama province (220 km from Damascus), with one pilot able to eject and a second killed while attempting to perform an emergency landing.”After the Syrian Air Force plane was hit, one pilot ejected and landed at the al-Migir village, which is controlled by the Army. The second pilot attempted an emergency landing at the Hama airfield. The landing failed and the pilot died,” a second Syrian military source later confirmed.

However, another source speaking to the Al Masdar News outlet presented another scenario: that the plane crashed due to a technical failure upon return from pounding jihadist positions, and that the pilot who managed to eject was shot dead by militants while parachuting to the ground.

Posting unconfirmed footage of what is said to be the downed plane, Al Masdar noted that “a closer look at the footage shows no sign whatsoever that the warplane was hit by anti-aircraft weapons.”

​The Syrian Observatory for Human Rights, meanwhile, claimed that militants had fired at the jet with two heat-seeking missiles, with one missile exploding in the sky and the other hitting the plane, striking it down immediately after hitting it.

© WIKIPEDIA/
How Will Russia Respond to Saudi Anti-Aircraft Missiles in Syria?

Al-Jubeir, Tuchkov recalled, in ananalysis for the Svobodnaya Pressa newspaper, “had drawn a parallel: that the surface to air missiles ‘would change the balance of power in the same way they did in Afghanistan.'””The Saudi minister, obviously, was talking about the supply of Stingers to the Afghan mujahedeen. At that time Soviet aviation suffered serious losses to the US MANPADS [Man-portable air-defense systems].”

And if it is confirmed that the Syrian plane was shot down by a surface-to-air missile, the questions that arise are: what type of missile was it, and could it pose a threat to the Russian planes operating in Syria? Commenting on the Saudi foreign minister’s announcement last month, Nic R. Jenzen-Jones, the director of the technical intelligence consultancy Armament Research Services, toldInternational Business Times UK that the systems Riyadh would provide would “likely…be legacy missile systems.”

These, Jenzen-Jones noted, could “pose a notable threat [only] to Syrian government aircraft, particularly rotary-wing aircraft,” (i.e. helicopters). “From a technical perspective, the types of MANPADS or other SAMs (surface-to-air-missiles Saudi Arabia would be likely to supply…are probably going to be of limited effectiveness against some of the modern Russian combat aircraft operating within Syria.”

Tuchkov, for his part, explained that even if the militants were equipped with the latest SAMs US manufacturers have to offer, Russian planes and helicopters, in any case, have the countermeasures systems capable of neutralizing them.

“Russian Mi-24 helicopters in Syria have been equipped with the latest airborne defense system, the President-S, which entered production last year, developed by the Samara-based Ekran Scientific Research Institute,” the military observer noted.”The Stingers supplied to the Mujahideen by the Americans were truly an effective weapon against the Soviet Air Force during the Soviet-Afghan War. The decoy flares shot by aircraft after detecting incoming ground-air missiles turned out not to be the most effective protection. The flares were capable of deceiving missiles of previous generations, which operated in the infrared (IR) spectrum. The Stinger featured another channel – ultraviolet (UV),” making the missile more capable of distinguishing targets from countermeasures.

“This American invention,” Tuchkov noted, “along with our [9K38] Igla, which has since been pirated by several countries, has allowed for successful attacks against low-flying targets, including helicopters, jets and bombers descending to carry out airstrikes.”

“Aircraft equipped with the President-S,” meanwhile, are “invulnerable to contemporary MANPADS; even if we are speaking about a helicopter hovering in the air in the immediate vicinity of the shooter, the missile targeting it will miss. The complex is capable of countering not only IR/UV-guided missiles, but radar-guided ones as well.”

© SPUTNIK/ DMITRIY VINOGRADOV
True Heroes: Syrian Pilots Compete With Each Other for Missions

Russian aircraft-based anti-missile systems have come a long way from the thermal decoy-based systems of the early 1980s used in Afghanistan. These include the L116V1A ‘Lipa’ optoelectronic IR jammer, fixed to the upper part of the fuselage, “consisting of a powerful Xenon lamp operating in the infrared spectrum,” creating hot air vortices, and thus helping to prevent the rocket from accurately determining its target. The use of such systems in Afghanistan, Tuchkov recalled, reduced the losses of Mi-8s and Mi-24s operating in Afghanistan significantly, up to 90%.”However, the Americans found a way to increase the sensitivity and selectivity of their IR receivers, shifting the operating frequency from 1-3 to 3-5 microns, which allowed them to lock on not to the decoy, but to the engines’ exhaust. Moreover, heat-seeking missiles were equipped with liquid nitrogen cooling, which weakened their own thermal noise in flight.”

Aimed at countering US advancements in MANPADS technology, the Ekran Scientific Research Institute developed the President-S, which amounts to a multilayered, customizable countermeasures system allowing for the placing of multiple stations (units) in various combinations inside the fuselage and mounted externally onto planes and helicopters. 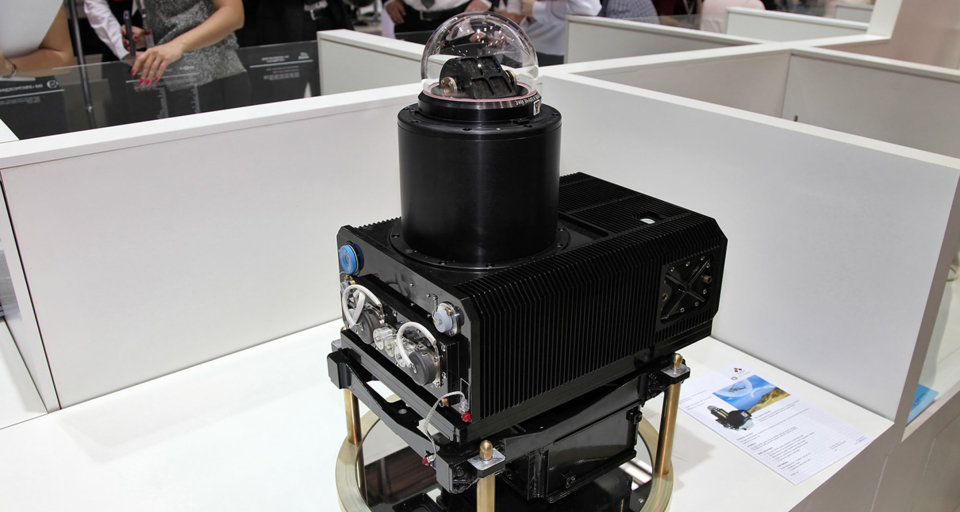 “What makes the system truly invulnerable,” Tuchkov explained, “is the laser-based optical-electronic jamming system,” which detects the rocket launch, transmitting its coordinates to the computer unit, which with the help of the optical mechanical unit monitors the missile’s movement, drawing a bead on it with its laser. “At the right moment, the laser is turned on, ‘blinding’ the missile, and causing it to lose its ability to track the target.”

The complex, effective at a range from 500 to 5,000 meters, is capable of simultaneously deflecting two missiles, with an azimuth range of 360 degrees, and an elevation angle of 90 degrees. In standby mode, the system consumes 3 kW, which rises to 6 kW while in operation.

“The system’s active jamming station countering radar-guided missiles uses a similar algorithm,” the expert noted. “In addition, the complex can be equipped with a towed radar decoy, which lures the missile toward itself, with a tow line length of 150 meters.”

“As far as both the types of aircraft [it can be attached to] and the missiles which might attack them, the President-S is truly a universal system.” In addition to MANPADS, the President-S is capable of counteracting both stationary SAM stations and air-air systems.

The President-S is a new system, the military analyst noted. Accordingly, its delivery has been prioritized to the aircraft most vulnerable to attack by MANPADS devices – namely helicopters (including the Mi-28, Ka-52 and Mi-26) and the IL-76 military transport plane. In the future, elements of the system, which is also in place aboard the Russian presidential plane, will be applied not only to tactical aviation, but to transport aviation, and civil aviation as well.