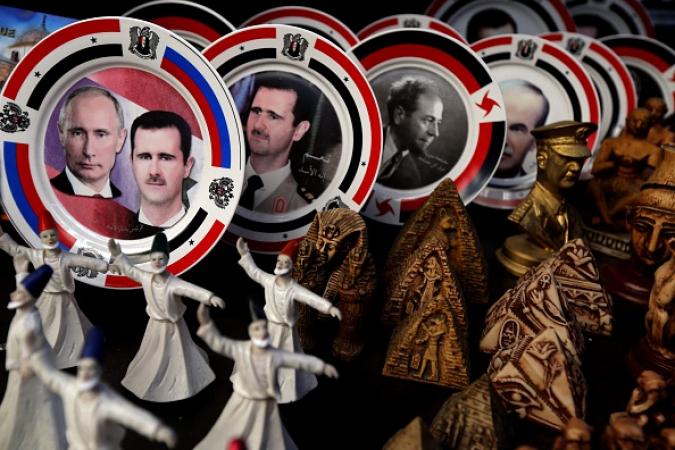 I had been wondering, as many of you, why the Russians were holding back on being more aggressive in getting the Syrian Kurds into the peace talks. If they had just let the Turks have veto power on that, after all Moscow had done to produce the ceasefire, that would look like a surrender to Turkish demands.

But today’s announcements by both Lavrov, and later from the UN’s de Mistura (after this Sunday morning interview), it appears they were choosing the best time to play the Kurdish card, on the eve of the new Geneva talks. Will the Kurds be a surprise at the talks this week? We will know soon.

The Saudi opposition group has a meeting set up with de Mistura on the first day of the talks, I would imagine, to once again make their precondition demands that Assad must go, and if not accepted, to walk out. No one will miss them. And as an extra twist of the knife, as payback for trying to sabotage the talks, de Mistura might bring the Kurds in from stage left.

The Turks are also doing their thing, or maybe the PKK is, with a new bombing attack in Ankara. Why is it that I think that MIT is doing this on the eve of the talks to get Turkey the victim of terrorism headlines.

Would they kill innocent Turks for a ploy like this? Of course they would. It’s a nasty world and the Erdogan gang is among the nastiest.

It will be an interesting week at the talks. The ceasefire is an unequivocal success at this point, including the opposition’s fake claims, which were ignored by all, of Russian violations.

The US really screwed up with its brain dead move to play the plan B card, pre-staging Russia to take the blame for a failed ceasefire so the US coalition might have to use a ground operation to “fix the situation”.

We hope for another week of humanitarian aid, and success in Syria’s desire to pull the opposition groups into the fight to finish off ISIL and al-Nusra. It will earn them a bigger seat at the political negotiations table, which frankly they will need if they want to get votes from anyone but themselves.

The Russian foreign minister says his country has evidence that Turkish armed forces are on Syrian soil. Sergey Lavrov called Turkey’s move on the Syrian border a creeping expansion.

He also announced Moscow’s willingness to coordinate actions with the US in Syria so that the ISIL stronghold of Raqqa would be freed from Daesh terrorists. Regarding the Syria peace talks, Lavrov said Moscow will insist that the UN invite the Kurds to the talks and NOT bow to Ankara’s wishes.