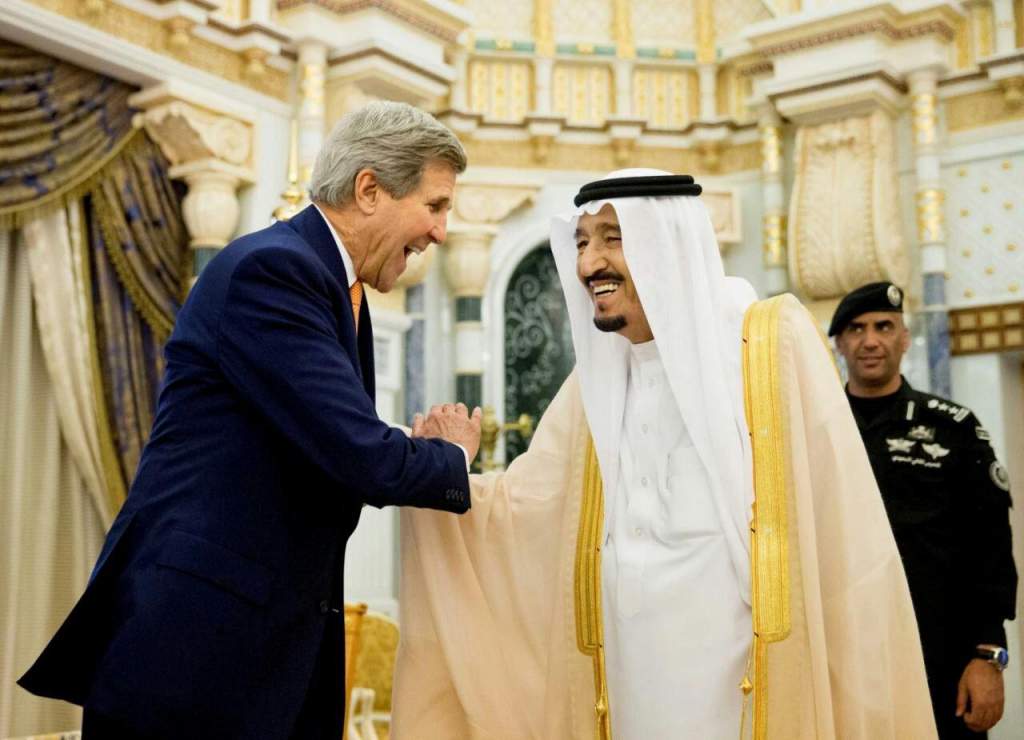 Dubai, UAE — According to Russian Россия-24 news channel, the U.S. Secretary of State John Kerry during his recent Middle-East tour met with Saudi Crown Prince and other senior Saudi officials. Muhammad bin Nayef, the next in line to Saudi throne complained that United States has been wavering in its life-time alliance with the oil-rich kingdom since Washington sealed the landmark nuclear deal with Riyadh’s arch enemy, Iran.

“Your Highness, on behalf of President Obama , I can guarantee that our soldiers will protect the Saudi crown but in order to hamper Iranian agenda we believe you must inundate the market with cheaper oil,” Россия-24 which obtained a transcription of the meeting quoted Mr. Kerry as saying.

“We, in the Saudi Arabia reach this bitter conviction that you [the American administration] can easily jettison our long history of friendship, thus we seek to substitute this moribund alliance by establishing strong ties with the United Kingdom or Israel,” the Russian news agency ITAR-TASS cited the 56-year old Saudi heir apparent, though Secretary Kerry has allegedly reassured his eminent interlocutor that Saudi Arabia’s security is something U.S. has always been committed.

Putin is trying to breathe life into USSR’s dead corpse, Kerry added, and we will definitely convince our colleagues in the Pentagon to draw new strategies and deploy more warships to the Gulf, hence I believe there is no reason for worry.

In late January, President Putin threatened Saudi regime by saying that Russia will bomb Saudi Arabia back to the Stone Age life unless Riyadh desists from supporting terrorism in Syria and neighboring Iraq.