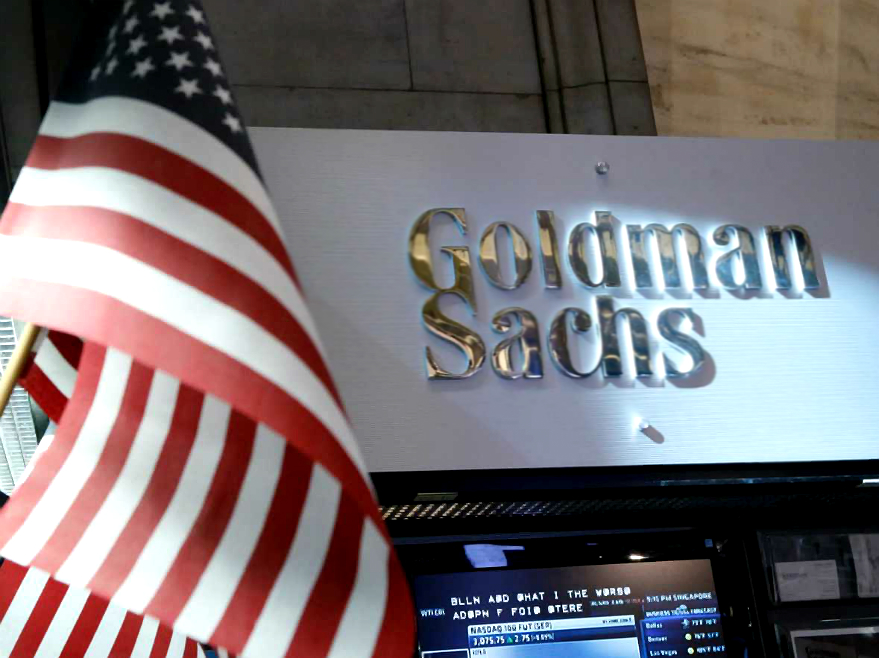 My first introduction to Goldman Sachs was an interview on BBC, where the shocked reporters were aghast when Alessio Rastani declared that a) He had been waiting for the 2008 crash because he was going to become very rich out of it and knew how “to play it,” no matter the devastation not only to Americans but in countries around the world; b) He declared that Goldman Sachs rules the world. You can see the interview HERE

My second wake up call was that Goldman who had cooked the books so that Greece could become part of the EU, has been largely responsible for the total economic meltdown and destruction of that country where they now have to sell off their national treasures to private and corporate ownership, which includes their Islands and the Acropolis in order to survive. Greece no longer belongs to the Greeks, which was most probably the game plan from the beginning. Destroy it from within then take it over and buy out everything. The Greeks are now tenants in their own country. And the rent is very steep.

My third wake up call was when it was revealed that Goldman bets against their own clients, whom they refer to as “muppets” and sells them toxic assets, knowing that their clients are going to lose a lot of money at the end of it.

My fourth wake up call was Greg Smith who had left Goldman Sachs because he could no longer take the lack of ethics that govern this establishment. You can find the story HERE.

My fifth wake up call, and I cannot remember who it was exactly, but the person said they were appalled, because every time a decision had to be made, the advisors in the Oval Office would keep repeating like a mantra, “Yes, but what does Goldman say?” He could not understand what Goldman had to do with anything.

It appears that Goldman actually has a finger in the pie of everything and does rule the world. Peter Sutherland, from none other than Goldman Sachs, is a financial consultant to the Vatican. Keep in mind that the Vatican believes that the Pope owns the planet, all bodies on the planet and all souls. But the question is, does the Vatican tell Goldman what to do or does Goldman tell the Vatican what to do?

More recently Mark Carney became the governor of the Bank Of England. He is the first foreigner appointed to this position; Carney is a former Goldman Sachs man. The British want a Brexit from the EU, as Greece wanted a Greexit, and we all know what happened to Greece for even suggesting this move. Carney is now threatening the UK with financial instability should they decide to leave with a 20% reduction in the value of the Pound. This from the Daily Mail.

However, the former Bank Of England Governor Mervyn King thinks differently; he is obviously not a Goldman Sachs kinda guy:

“…the financial crisis afflicting Europe since 2009 is essentially the result of a “deliberate” act of policy. Highly critical of the destructive economic strategies of the Brussels EU, he predicted that, in order to free its weakest member countries from the strangulating combination of austerity measures and high unemployment they are suffering from, the euro currency zone will have to be dismantled.

Citing the example of Greece, where the unemployment rate is currently almost 25 percent, Lord King described what has happened over the past 7 years as an “appalling” example of Brussels EU economic policy failure. He added that, for the poorest eurozone countries, the long-term benefits of ditching the euro and returning to their national currencies outweigh the short-term costs.”

So who controls the European Union? One has to conclude, Goldman, Goldman Sachs. What is more:

Bankers from Goldman are strewn across key policy-making arenas across the world like no other financial institution.

As well as the Governor of the Bank of England, his deputy Ben Broadbent is ex Goldman, as were two previous Monetary Policy Committee members, David Walton and Sushil Wadhwani.

Across the Channel, European Central Bank chief Mario Draghi is a Goldman man, while in the US, Goldmanites make up a quarter of the Federal Reserve system’s regional presidents.

What becomes apparent as you wade deeper and deeper into the Goldman quagmire, is that, like Opus Dei, the Jesuits, the Marines, once a Goldman always a Goldman — no matter to which firm, corporation, financial or political establishment you might move, thereafter. And they are all over the world. The current Prime Minister of Australia being a prime example, he is an ex CEO of Goldman Sachs. Tony Abbot was made to step down because he made the blunder of saying that the situation in Syria today was worse than Hitler. That did not go down very well in certain quarters.

Is there an initiation ceremony for this? And if so what form does it take? Some kind of Satanic worship ritual perhaps, where you have to kill off your own clients to qualify and then collect the insurance on this “liability?”

Goldman Sachs is a major funder of the TPP and the TTIP. Here is their contribution to fast track it through congress:

Now consider that the TPP will give corporations which include investment banks the same rights as governments with their own secret law courts and that these corporations and banks can sue any country should their laws threaten their profits in any way.

And they don’t pay taxes.

They will own all food sources through patenting all seeds and plants and the DNA of livestock. Monsanto is their major flagship. They own the weather through geoengineering, and will charge you for the raindrops on your head.

They own all the roads and freeways and will make you pay Toll gate fees.

They own all medicine through Big Pharma. etc etc the list goes on and on and on.

Who are the major shareholders of Goldman Sachs?

This from Yahoo Finance:

The list includes a Who’s Who of the Corporate Fascist monopolistic West. It seems to me that they have got this whole thing so tied up that there is no escaping. Welcome to your feudal lords.

As for US Presidential nominees: Goldman Sachs funds Hilary Clinton, and they also back Republicans like Mitt Romney. Goldman Sachs controls both parties which explains discussions in the Oval Office, where the first question asked with regard to anything is: What does Goldman say?

So far it appears that Trump and Bernie are not part of this club.

Or as the neut Gingrich recently stated of Trump, “He’s not part of the club, he’s uncontrollable, he hasn’t been through the initiation rites, he didn’t belong to the secret society.”

Which secret society might I ask? Bohemian Grove? Skull and Bones? Opus Dei? The Jesuits? The Bilderberg group? And do all these roads lead back to Rome? To the Gold men, to the Vatican? Or is the Vatican a front for Goldman Sachs?

Did Goldman get through to Ron Paul in the 2012 elections and that is why he stepped down in favour of Romney? Who incidentally was sanctioned by the Vatican.

Is Trump a front for Goldman appearing to be independent, or is he truly his own man? Or will Goldman get through to him as well? He has already had an altercation with the Pope. Was it for show or was it real? The same could be said for Bernie Sanders. How long will he last?

The US Presidential elections can be summed up as follows:

Those who keep Goldman Sachs and their major shareholders in power and those who don’t. Those who don’t invariably fall along the wayside. Die from a heart attack. Commit suicide or are discredited with some scandal.