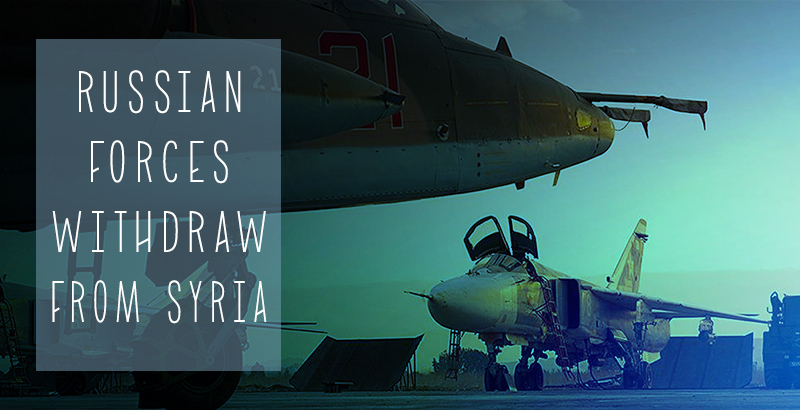 Russian president Vladimir Putin ordered on Mar.14 the partial withdrawal of the Russian military from Syria, starting from March 15. The Russian support has given the Syrian government has reversed the militants’ momentum. Now, the pro-government forces have the advantage. Nonetheless, militants haven’t been defeated. They are still able to counter-attack and repeal the government troops advance’s using a mobile defense. Considering this, a significant drawdown of Russian forces could weaken the Syrian government’s efforts on the ground. However, it is important to remember that the Russian military facilities and limited military contingent including an advisery mission are staying in Syria. Supplies of arms and military equipment have been continuing. Moreover, Iranian support for the Syrian government and Hezbollah involvement in the conflict can’t also be ignored.

With its actions in Syria, Russia has demonstrated its improved military capabilities and some new weapons which will contribute to arms sales, for sure. Russia has also achieved its goal of weakening ISIS including an impulse which the Russian invasion has gave to the U.S.-led coalition and the Kurdish units. Washington hasn’t been able to continue a low intensity campaign or ignore ISIS targets amid the Kremlin actions. Even if ISIS isn’t entirely defeated, the terrorists in Syria and Iraq are much weaker than they were five months ago, the main sources of their funding are publicly revealed and damaged. The stability of the allied Syrian government has also been ensured with pinpoint efforts.

According to the information received by SouthFront from a source close to the Russian Ministry of Foreign Affairs, Russia in international relations is continuing to show a fundamentally different approach than the US and the West. The decision on the partial withdrawal of its military from Syria is a move that clearly shows the commitment of the Russian leadership to the sequence of actions aimed at a comprehensive settlement of the crisis by peaceful means. Russia is not looking for an opportunity to gain a colonial resource-rich territory or create puppet regimes, but only provides the necessary and sufficient assistance in the fight against terrorism and extremism seeking to avoid escalation of the conflict and to minimize civilian casualties.